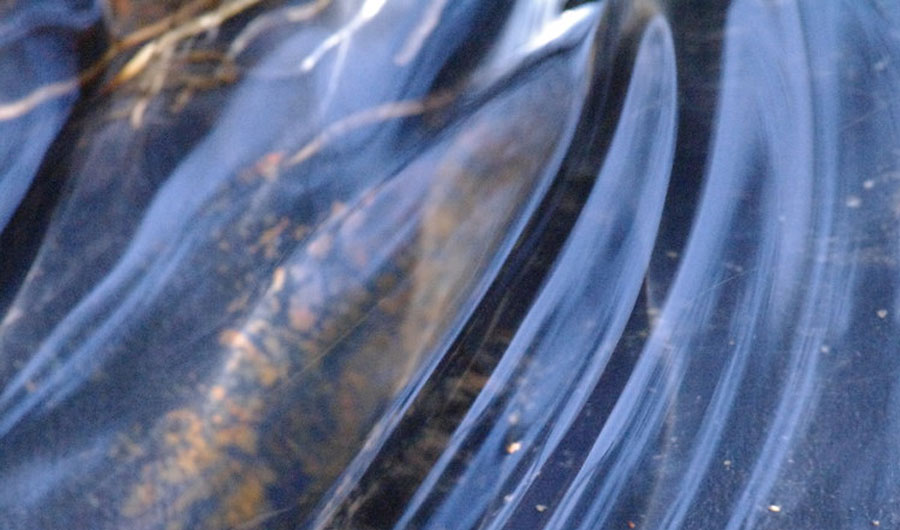 (Inside Science) -- Scientists have designed devices that can hide objects from water waves similar to how invisibility cloaks hide objects from light waves. The inventions might one day help reduce the drag on ships and submarines or shelter vessels in port.

In the past 15 years or so, researchers have created intricate structures that can behave like the invisibility cloaks once thought of solely as the province of "Harry Potter" or "Star Trek." The structures, known as metamaterials, channel light waves around cloaked objects so that the waves continue on the other side as if they had encountered nothing.

Researchers have also made cloaking devices that can hide objects from other kinds of waves, such as thermal and sound waves. However, devising a cloaking material for water waves has proven challenging due to factors such as viscosity.

Now, two groups of scientists have overcome these challenges, in different ways. One group from South Korea and the United States designed a cloak made of 10 concentric rings of tiny silicone rubber pillars surrounding the cloaked object. The size and spacing of these pillars deflected the flow of water so that the object in the middle of the rings felt zero drag. Although far more research into factors such as complex turbulent flows is needed for practical applications of this work, it might one day help reduce the drag that vehicles feel when moving in water or wind, said study lead author Juhyuk Park, a materials scientist at MIT.

Another cloak developed by scientists in China and the United States consists of a pair of long, thin iron platforms placed on the bottom corners of a water tank. The platforms funnel waves around objects such as a toy boat floating in the middle of the tank. In principle, such a cloak "would be useful for a safe port for ships, if we can test it near the seashore," said study co-author Huanyang Chen, a physicist at Xiamen University in China.