A few things to consider while chewing on your Halloween candy.
Image 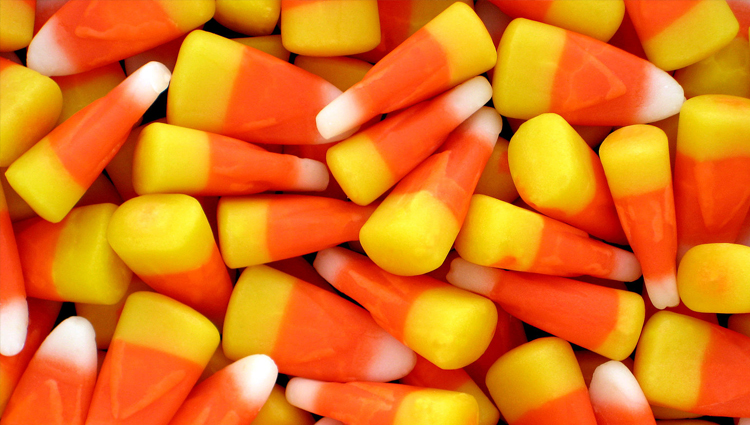 (Inside Science) -- For kids, ringing a neighbor's doorbell, yelling "trick or treat," and receiving candy brings plenty of smiles, but for many the real fun of Halloween happens when you turn your plastic jack-o'-lantern candy bucket upside down, unleashing a candy tsunami onto a tabletop or bedspread. From there it's easy to pick out the holiday-inappropriate items that somehow made it into the mix -- kids need pencils, and eating the occasional apple is swell, but not on Halloween night.

Some kids eat their favorites right away while others try to make their candy last for weeks, rationing the specially-sized packages as well as self-control allows. For some, it's important to count up all the pieces, split them into categories, and trade with siblings -- four packs of raisins for a Butterfinger, or maybe a handful of candy corn for a Hershey's bar.

Well, maybe that last one is what kids who end up writing for Inside Science News Service do.

Here are a few facts to chew on this Halloween:

The U.S. Census Bureau estimates that there are 36 million potential trick-or-treaters this year -- kids aged 5 to 13. If the average kid knocks on 25 doors, occupied housing units throughout the country will average nine costumed visitors (occupants who dole out countless bags of candy every year may beg to differ).

If each of those houses decided to give out Snickers Fun Size bars, that would require that adults purchase 23 million bags to provision their visitors. Countering the calories from all of that confectionary magnificence would require that a team of a thousand 160-pound men complete 8,000 Ironman Triathlons (calculation preformed with help from an online calories-burned calculator from Stevens Creek Software).

Farmers in major pumpkin producing states produced 1.1 billion pounds of pumpkins in 2008, according to the U.S. Census Bureau, almost 4 pounds for every person in the country. Illinois alone produced 496 million pounds -- 38 pounds for every state resident, or enough pumpkin per capita to make about 8 big pies and set a couple aside to carve into jack-o'-lanterns.

9 billion candy corn pieces are produced every year -- according to Candy Corn Wonderland -- which, depending on your own deeply personal feelings, is either way too many or way too few per person. For the record, that means that each U.S. resident's ration is about 30 pieces.

By the way, if you would like to know about how far someone would have to walk to work off some common satisfying, but calorie-rich Halloween treats, take a look at this online calculator from About.com.