The SETI Institute leads the hunt for extraterrestrials, which has entered a new phase with myriad planets to focus on.
Image 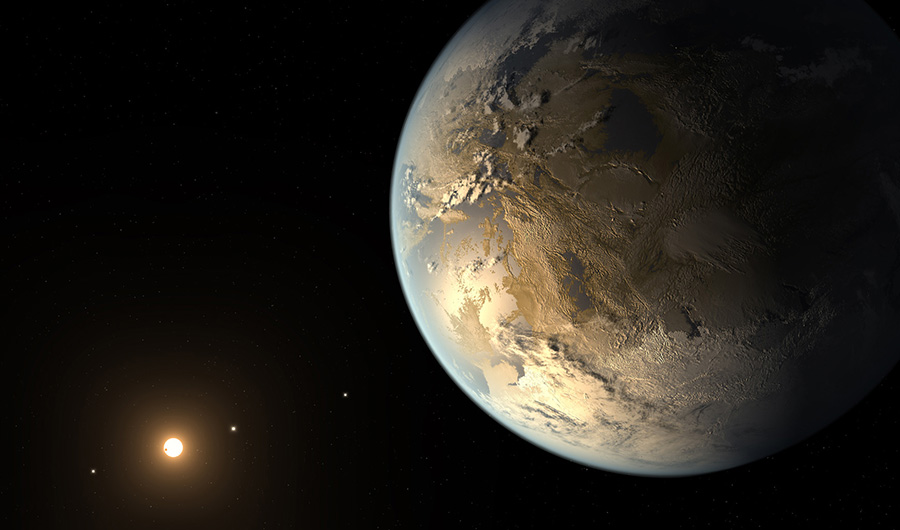 An artists' conception of Kepler-186f, the first validated Earth-size planet to orbit a distant star in the habitable zone.

(Inside Science) -- If distant aliens want to contact Earth, there is a dedicated team of scientists ready to take the call. For 35 years, the SETI Institute, named after the search for extraterrestrial intelligence, has been the world's only research organization systematically scanning the heavens for signs of otherworldly life.

The institute, which was founded in Mountain View, California on Nov. 20, 1984, has had its downs and ups, from a loss of NASA funding in 1993 to the construction of the Allen Telescope Array, which began collecting radio data in 2007. It now includes 100 scientists among its ranks, with many of them not only listening to the heavens, but also investigating what kinds of worlds might be friendly to life.

“We want to look at all the sky, all the time,” said Jill Tarter, co-founder of the institute.

Listening for a signal

Aliens might use a variety of methods to announce their presence -- intentional or otherwise -- so SETI astronomers scan the sky for different kinds of transient signals. These include radio signals, mostly in the microwave range, since these could be broadcast in all directions and be more easily spotted. That’s what happened in Carl Sagan’s 1985 novel Contact, which was later made into a movie starring Jodie Foster as a radio astronomer who detects bursts of sound in groupings of prime numbers.

Flashing pulses of laser light also could be a sign of aliens wanting to be found, like a distant person firing a flare. It could be possible to discern other signs of a technologically advanced civilization too. A massive superstructure, like a huge sphere built around a star to harness its energy or giant orbiting mirrors used to reflect light, might give off waste heat or radiation signals that don’t occur naturally. 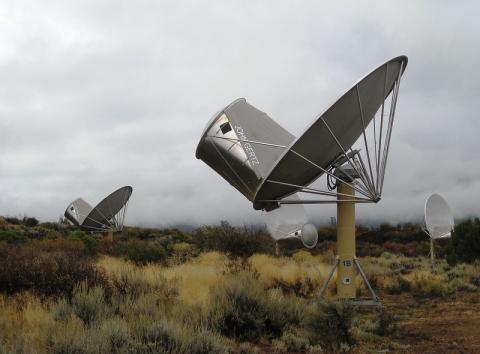 In the 2000s, scientists with the SETI Institute established the Allen Telescope Array in the Cascade Mountains in northeast California to look every night for radio signals that might be from technological, rather than astronomical, sources. They’re also now in the process of installing 96 cameras around the world in a new Laser SETI project designed to watch for laser pulses directed toward Earth from any of the thousands of distant planets discovered by NASA’s Kepler telescope over the past decade.

What are the chances of success?

The likelihood that SETI will one day detect a signal from intelligent aliens is captured in part by the Drake equation, introduced by astronomer and SETI pioneer Frank Drake in the 1960s. It describes the chances of there being an inhabited planet with lifeforms with whom we could communicate. In essence, the equation considers how many planets there are around the stars in the galaxy, and out of those planets, how many could support life, whether intelligent life evolves from that, and whether those lifeforms are sociable enough and their planet close enough to Earth to send us messages.

Much has changed in SETI research since the equation was first developed, and astronomers have better answers to some of these questions. That’s largely thanks to the discovery of more than 4,000 exoplanets in our galactic neighborhood. In the Milky Way, there are more planets than stars, Tarter points out.

Now that it’s clear planets are so abundant and diverse, scientists at SETI want to figure out which ones have a chance of hosting life. “The big change has been a shift in emphasis toward astrobiology. Today, the majority of scientists here are [studying] life in space, like on Mars, Enceladus, Europa,” and elsewhere, said Seth Shostak, a senior astronomer at the SETI Institute.

Research at SETI and elsewhere has shown that as many as one in four of the planets found so far have the right temperature -- neither too hot nor too cold -- for liquid water and perhaps life.

“It’s become more mainstream to talk about the search for life in the universe,” said Jason Wright, an astronomer at Penn State University. “I think Carl Sagan took a lot of heat for framing astronomy in terms of finding humanity’s place in the cosmos and answering the question, ‘Are we alone?’ but that vision of his has become standard. The SETI Institute has embodied that in all the astrobiology research that it does.”

Searching for signs of life

To figure out if a world is inhabited, scientists need as much information as possible. Astronomers start by estimating things like the size of a planet, its orbit, and how hospitable its host star is. But then they probe further, if possible, looking for signs of life within the atmosphere. If life elsewhere in the universe is anything like on Earth, one might find oxygen in the atmosphere, though it’s now known that a planet would have to be covered in lifeforms for the oxygen to reach detectable levels. Methane and carbon dioxide are likely common byproducts of life too, but geological sources like volcanos also produce them, so there’s no guarantee their presence indicates aliens down on the surface.

The search for life among the stars is just beginning, and SETI researchers and astrobiologists in general can look forward to many new telescopes to aid their efforts. That includes the Square Kilometre Array, which will build on the success of the Allen array, Tarter said.

SKA is a planned system of radio telescopes that will be built in South Africa and Western Australia over the next decade. With about 200 widely spaced dish antennas, it will listen for alien communications more sensitively than before.

In addition, NASA’s Transiting Exoplanet Survey Satellite and the upcoming James Webb Space Telescope will surely find many more rocky planets, although it may not be possible to glean enough information about them to say whether they would be hospitable to life.

To do that, you need a telescope that directly images planets in the infrared part of the light spectrum, where the signal is not swamped by the host star, said James Kasting, a Penn State astronomer. NASA is in the process of picking a design for such a telescope and plans to launch one in about 20 years. “With direct imaging, in theory, you get a better spectrum with better signal-to-noise. More importantly, you can see planets around all the stars that have them,” Kasting said. Only about one in 200 planets can be found by looking for them transiting in front and behind their stars and detecting dimmed light.

Even though no alien signal has yet been found, scientists still make important discoveries with all these telescopes and technologies, including insights into poorly understood objects like fast radio bursts coming from other galaxies and the hybrid comet-asteroid called ‘Oumuamua that recently visited from outside the solar system.

“I presume that this is a generational search,” Wright said. “What keeps me optimistic is, when we go looking for anomalies, we almost always find them, and they’re almost always interesting.”

Tarter also thinks of SETI as a long-term project. “You don’t get out of bed every morning and say, today’s the day I’m going to find a signal. But you do get out of bed saying, I’m going to do something today to improve our capability of searching, to make our search better.”