The 2017 Nobel prize honors three for the first observation of gravitational waves.
Image 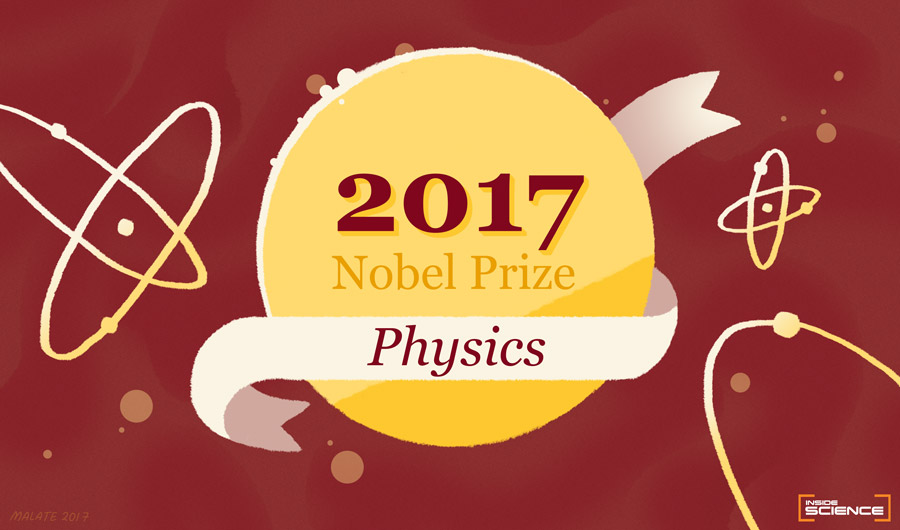 (Inside Science) -- The 2017 Nobel Prize in Physics was awarded to three American physicists "for decisive contributions to the LIGO detector and the observation of gravitational waves."

The prize goes jointly to Barry C. Barish and Kip S. Thorne of Caltech in Pasadena, and Rainer Weiss of MIT, in Cambridge. The three recipients were responsible for theories and experimental techniques that led to the detection of gravitational waves in 2015.

An artist's depiction of the merging of two black holes and the gravitational waves created by the event, which ripple outward.

What are gravitational waves?

Gravitational waves are ripples through space-time sent out by gravitational interactions between objects. On September 14, 2015, scientists detected gravitational waves for the first time. The signal originating from a pair of merging black holes was detected by the LIGO Scientific Collaboration, which has detectors in the state of Louisiana and Washington. The signal was eventually confirmed and the official announcement was made on February 11, 2016.

More details are available at the official page of the Nobel Prize in Physics.

Editor's Note: Inside Science will provide detailed coverage of the 2017 Nobel Prize in a longer article to be issued later today. For all of our coverage of this year's prizes, go to https://www.insidescience.org/nobel-coverage/2017.