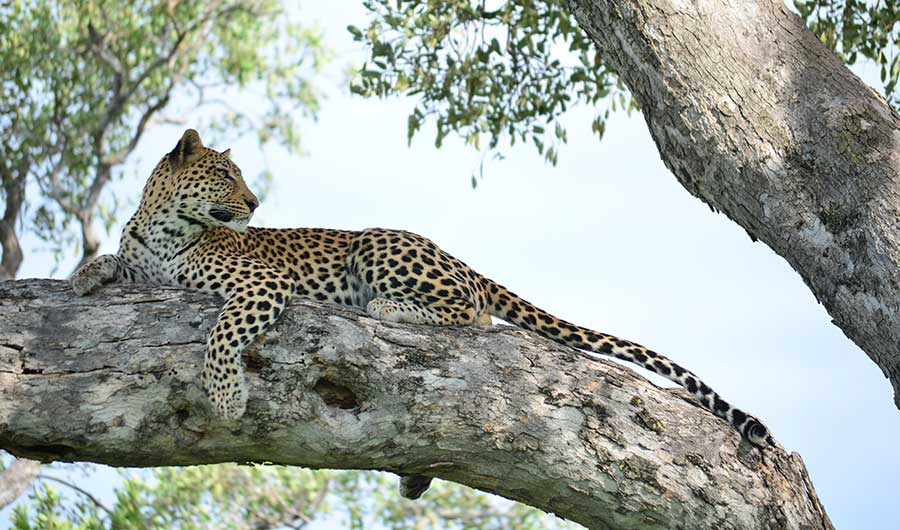 (Inside Science) -- By sharing their pictures with scientists, tourists may be able to help monitor and conserve the wildlife they came to see, according to new research.

Kasim Rafiq, a wildlife researcher at Liverpool John Moores University in the U.K., got the idea to join forces with tourists after trying for months to get a glimpse of a one-eared leopard known as Pavarotti. While Rafiq was busy following Pavarotti's tracks and getting his car stuck in a warthog burrow, a nearby tour group had been watching the actual leopard, the tour guide told him during a chance meeting later that day.

"It was at that point where I really began to appreciate how much information they were collecting and how much potential there was to use that information for different research and conservation applications," said Rafiq.

The study, published this week in the journal Current Biology, focused on lions, cheetahs, African wild dogs, spotted hyenas and leopards in Botswana's Okavango Delta. With cooperation from a local tour company, the researchers gave GPS trackers to two volunteers from each tour group and collected the trackers along with the tourists' photos at the end of their stay. The photos were good enough to identify individual animals, and together with the GPS data, they allowed the researchers to estimate the number of animals in a given area.

The researchers compared the tourist photo method to three traditional monitoring methods: looking for tracks and feces, setting up camera traps, and calling in predators by playing sounds such as the calls of a dying wildebeest.

In almost all cases, the methods yielded similar estimates of animal population densities. But the tourist photo method was the most precise, allowing the researchers to narrow down their estimates to a smaller range of numbers. It was also cheap, since tourists agreed to carry GPS trackers and donate their photos free of charge.

The researchers were impressed by how eager the tourists were to help. Even tourists who were not issued GPS trackers often tried to donate their photos, said Rafiq. According to Rafiq, the findings suggest that tourists could be a valuable resource for research into other beloved species around the world.