The 2017 Nobel Prize honors a discovery that Einstein predicted more than 100 years ago.
Image 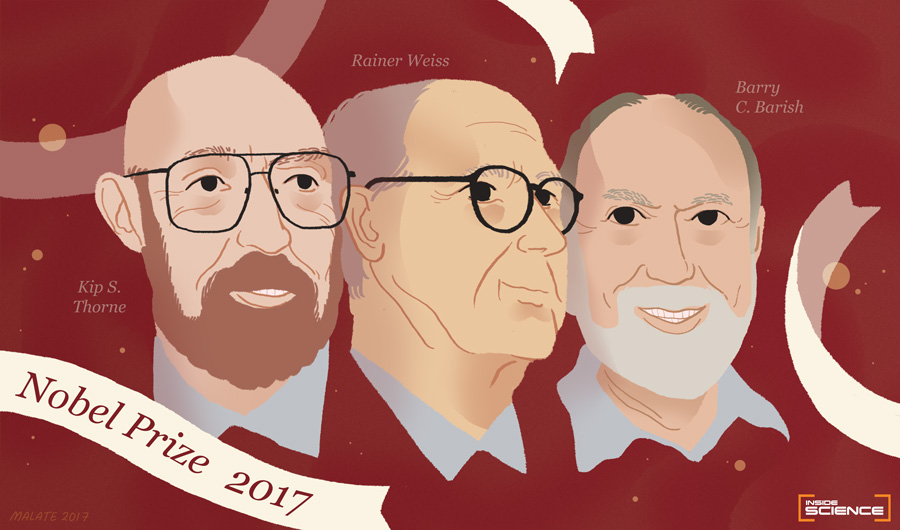 (Inside Science) -- The 2017 Nobel Prize in physics was awarded to three American physicists "for decisive contributions to the LIGO detector and the observation of gravitational waves."

The prize goes jointly to Rainer Weiss of MIT, in Cambridge, Massachusetts, and Barry C. Barish and Kip S. Thorne of Caltech in Pasadena, California. The three recipients were responsible for theories and experimental techniques that led to the first detection of gravitational waves in 2015.

An artist's depiction of the merging of two black holes and the gravitational waves created by the event, which ripple outward.

What are gravitational waves?

Gravitational waves are ripples through space-time sent out by gravitational interactions between objects. On Sept. 14, 2015, scientists detected gravitational waves for the first time. The signal originating from a pair of merging black holes was detected by the LIGO Scientific Collaboration, which has instruments in the states of Louisiana and Washington. The signal was eventually confirmed by the team and the official announcement was made on Feb. 11, 2016.

More on gravitational waves from Inside Science:

For Some, Einstein's Space-Time Ripples Have Yet To Break Their Silence 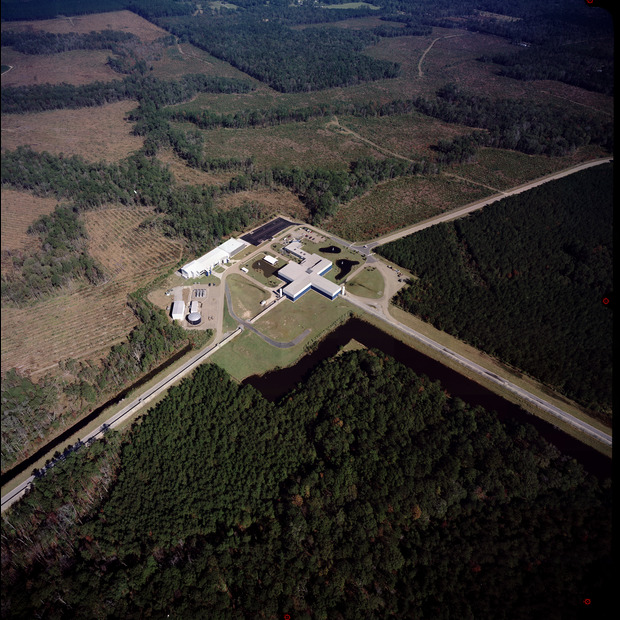 An aerial view of LIGO in Livingston

Credits to the LIGO team

"I view this more as a thing that recognizes the work of about a thousand people," said new laureate Rainer Weiss, via a phone call during the press conference announcing the Nobel Prize in Stockholm, Sweden. "It's the work of a dedicated effort that's been going on for -- I hate to tell you it's as long as 40 years."

The paper that detailed the discovery was published in Physics Review Letters Feb. 11, 2016, by the LIGO collaboration. LIGO, short for Laser Interferometer Gravitational-Wave Observatory, is the world's largest gravitational wave observatory. It was the first instrument sensitive enough to detect the infinitesimally small vibrations caused by a passing gravitational wave.

The first signal of gravitational waves detected by LIGO was created when two black holes each more than two dozen times heavier than our own sun collided with each other. The mass-energy output of the merger was a whopping six thousand trillion trillion tons. For comparison, the merger released one billion trillion trillion times more energy than the nuclear bomb dropped on Hiroshima in 1945.

However, since the black hole merger happened more than a billion light-years away, by the time its gravitational waves had reached our planet, it had quieted down to a mere whisper.

LIGO's two interferometers are situated 1,865 miles apart, one located in Hanford, Washington and another one in Livingston, Louisiana. The observatories are built far apart to ensure signals from local vibrations are not mistaken as ones from the cosmos.

How significant is this?

The confirmation of our ability to detect gravitational waves revolutionizes the way we see the universe. Before the discovery, astronomy had been largely limited to a light show, so a suitable analogy for the before and after would be that of the silent film era and the invention of movies with sound. Gravitational-wave astronomy can collect data previously unobtainable, about objects such as neutron stars and black holes, events such as supernovae, and processes that occured shortly after the Big Bang.

"We already know that we can detect black hole systems; now we are also hoping to see signals from binary systems that have neutron stars. We are also looking for periodic signals from rotating stars in our galaxy," said Gabriela Gonzalez, the former spokesperson of LIGO in a 2016 interview with Inside Science. "Just like a telescope, you don't stop looking after seeing the first star -- you observe every night."

Where are we now?

Scientists and engineers at LIGO and Virgo are working to further improve the sensitivity of their instruments. During last week's press conference about the latest detection, LIGO spokesperson David Shoemaker stated that they are aiming to double LIGO's sensitivity before the end of 2018.

Editor's Note: For all of Inside Science's coverage of the 2017 Nobel Prizes, go to https://www.insidescience.org/nobel-coverage/2017.