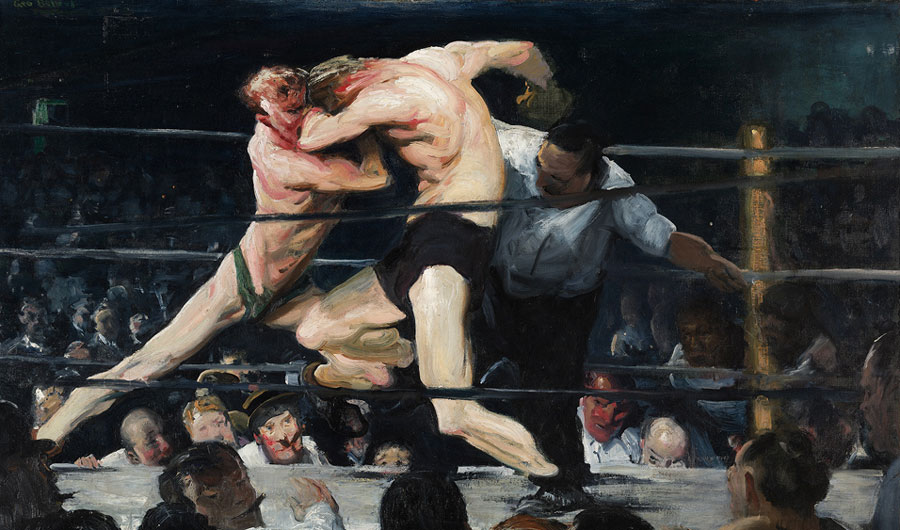 Stag at Sharkey's by George Bellows  (From the Hinman B. Hurlbut Collection, Public Domain)

(Inside Science) -- Which iconic heavyweight boxer should be ranked higher -- Mike Tyson or Evander Holyfield? What about today's top pound-for-pound pugilists Canelo Alvarez or Gennady Golovkin? Two mathematicians have developed a computerized method to help settle these arguments -- by borrowing the algorithm Google uses to rank its search results.

The difficulty of ranking boxers

"In boxing and MMA [mixed martial arts], a lot of head-to-head matchups don't happen, which make them different from some other sports, like football," said Amy Langville, a mathematician from the College of Charleston in South Carolina. She is the coauthor of the books Who's #1: The Science of Rating and Ranking and Google's PageRank and Beyond: The Science of Search Engine Rankings.

Unlike many sports, which stage playoffs to determine a champion, sometimes the top two boxers at a given time never step into the ring together. Although unplanned round-robins do happen occasionally, such as when Muhammad Ali, Joe Frazier, and George Foreman all fought each other in the 1970s, these pseudo-tournaments are few and far between at the top level of the sport. The lack of matchups makes ranking boxers a difficult task.

In boxing, ranking systems influence who gets to advance and ultimately take a shot at the championship belt. But because there are many different sanctioning bodies, each of the ranking systems is a little bit different. These rankings are usually based on point systems, where an individual fighter would rise through the ranks by beating another boxer and getting a portion of their points. Each of these systems has their own specific point trading mechanism, such as how much a knockout win is worth, or how inactivity affects one's points, each intentionally or unintentionally favoring certain kinds of boxers over others. In addition, these point trading systems are often opaque to the fans and produce controversial results.

"The man who beats the man" 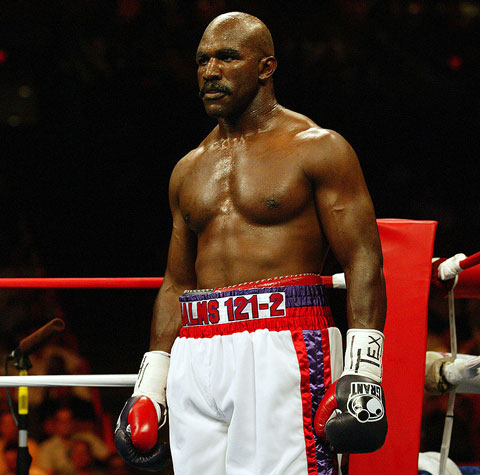 A Computer Ranks Heavyweight Boxers From The 90s

Mathematicians used an algorithm similar to Google's PageRank to produce this list of top boxers, considering only fights that occurred between 1990 and 1999.

In an attempt to rank boxers with a cleaner and more minimalistic method, two mathematicians looked to Google for help. Tien Chih and Demitri Plessas applied an algorithm very similar to that used by PageRank, which was developed by Larry Page and Sergey Brin as part of Google's search result ranking system.

"[Page and Brin] pioneered this specific method, but it's general enough that mathematically it's easily adaptable to all kinds of stuff, like ranking boxers," said Chih from Newberry College in South Carolina, who is the lead author of the paper. The paper is currently under review for publication in The College Mathematics Journal.

One of PageRank's main algorithms involves ranking webpages based on the referral pattern that links in-between webpages. As an example, let's imagine that there are only 100 webpages about cats. Each page likely contains links to some of the other 99 sites. After considering all referrals between the 100 webpages, PageRank ranks the webpages according to how often they are referenced.

In the case of ranking boxers, the algorithm can be seen as a series of daisy chains, mathematically known as "Markov chains," that connect all boxers via wins and losses. The algorithm then sorts them based on each individual's "referral pattern," which in this case is charted by victories. This approach embodies one of the mantras of boxing -- by looking at who's the man who beats the man who beats the man, and so on.

As an experiment, Chih and Plessas tested their algorithm using historic data from the 1990s to rank the top 20 heavyweight boxers. Considering only fights that occurred between 1990 and 1999, their algorithm put Evander Holyfield in the top spot, followed by Lennox Lewis and Oliver McCall.

“I'll accept the top two [for Lewis and Holyfield], but it's hard for me to conceive how Frank Bruno ranks so highly,” wrote Tim Starks in an email. He is the founder and editor of the famous boxing blog The Queensbury Rules. "Computer rankings often have produced bizarre results, but that doesn't mean it isn't an idea worth exploring," he added.

The fact that the algorithm does not consider the method of winning also goes against the conventional wisdom of ranking boxers. Although the value of winning by knockout or by points is difficult to quantify, it is a very important and unique feature of combat sports, and should be considered in ranking systems.

“Quality wins [based on the quality of one's opponent] should and ought to matter a great deal in a rankings system, probably more than anything else. But sometimes how you win -- and how you lose -- matters, too,” Starks wrote.

Sports and statistics enthusiasts have used similar algorithms for ranking in other sports such as college football, tennis, and mixed martial arts. In general, the algorithm is the most useful when head-to-head match-ups are sparse due to a large number of teams or individual athletes.

"I get a lot of emails from folks around the world who want to rank sumo wrestlers, or European soccer teams, and they can use this method," Langville said. "The coding is not too difficult to do."

According to Langville, the basics of PageRank's algorithm, most notably the concept of Markov chains, are now commonplace in undergraduate-level textbooks on data science. Since Chih is a strong supporter of undergraduate research, this provided another reason for him to rank boxers as one of his research projects.

"Sometimes it doesn't necessarily have to be super cutting-edge mathematics," Chih said, "but it has to be things that interest students and motivate them to think more deeply about about mathematics."