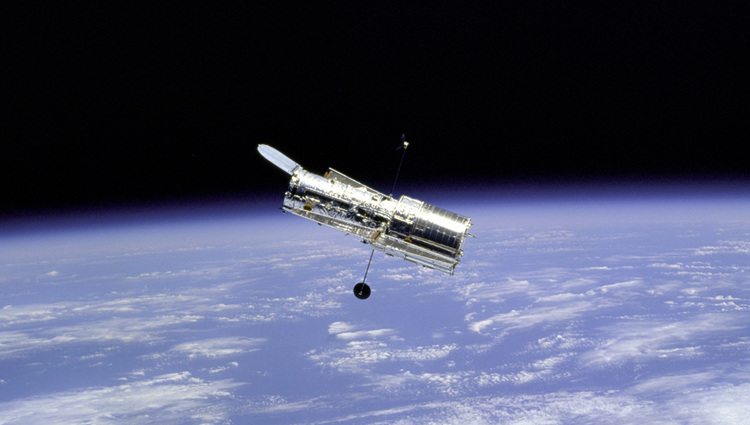 WASHINGTON (ISNS) -- Using one of the world's largest telescopes, astronomers have measured the distance to the farthest-away galaxy ever seen by human beings.

At 13.1 billion light-years from Earth, UDFy-38135539 is a piece of the universe in its infancy that may help to solve the puzzle of where the first stars came from.

For astronomers, looking into the night sky is like looking back in time. Light takes time to travel, and shining objects like stars and galaxies are very, very far away. The twinkle of the North Star in the Northern Hemisphere, for instance, is actually a snapshot from 430 years ago and mailed across a distance of roughly 2.5 quadrillion miles -- or 2,500,000,000,000,000 miles.

Compared to the human eye, high-powered telescopes can look much deeper into space and further back in time. The more powerful the telescope, the closer it can get to seeing what the universe looked liked after it first formed some 13.7 billion years ago.

In January, an infrared image released by NASA's Hubble Space Telescope team revealed a group of young galaxies that seemed to date back to around 600 million years after the Big Bang.

"We're seeing very small galaxies that are the seeds of the galaxies today," Garth Illingworth of the University of California, Santa Cruz said at a press conference in January.

To get a clearer picture of one of these galaxies, Matthew Lehnert of the GEPI-Observatory of Paris monitored it continuously for 16 hours using an instrument at the Very Large Telescope on a mountain in Chile. He wasn't trying to take a picture with a camera. Instead, he fed light from the scope's 8-meter mirror into an instrument called a spectrometer.

The spectrometer detected light given off by hydrogen atoms in the distant galaxy. This light changes color ("redshifts") depending on how fast an object is moving away from our planet -- much in the same way that the pitch of siren moving away from a listener rises. By measuring how much the color had shifted, Lehrent calculated the distance to the galaxy.

The data, published October 21 in the journal Nature, confirmed the Hubble finding and improved the accuracy of its calculated redshift (8.5549) by a factor of roughly 2,500. Emitted 13.1 billion light-years away, the light from UDFy-38135539 traveled for roughly 95 percent of the age of the universe before reaching a telescope.

The universe was a completely different place back then, in its infancy. In the beginning, after the brightness of Big Bang, there were no stars or galaxies, just hydrogen and helium gas, and a soft glow.

At some point during the first few hundred million years, the first stars appeared and released a burst of ultraviolet energy that stripped the electrons off the hydrogen gas surrounding the stars and lit up the universe like the Fourth of July. Galaxies are thought to have kicked off this "reionization" process -- which finished up at around a billion years -- but when it began and the exact sequence of events involved remain a mystery.

"Not only is UDFy-38135539 the highest-redshift object and galaxy identified so far … it is also the first galaxy known to have lived fully within the epoch of reionization," Michele Trenti, an astronomer at the University of Colorado, wrote in an article accompanying the research.

Using their spectroscopic measurements, Lehnert's team also mapped out a bubble of ionized hydrogen gas surrounding the galaxy. This bubble is too large, their calculations show, to have been created by one galaxy, suggesting that reionization involved many galaxies.

"Imagine soap bubbles in a bath tub," said Lehnert. "The smaller bubbles can get eaten up and combined with a bigger bubble."

Over the coming months, astronomers will look at more of the galaxies spotted by Hubble to see how these bubbles interact with each other. They would also like to be able to see even farther away and further back in time.

"I can guarantee that we haven't gone deep enough," said Lehnert.

But rewinding the clock even further may have to wait for the next generation of more powerful telescopes, such as the James Webb Space Telescope, slated to be sent into space in 2014. 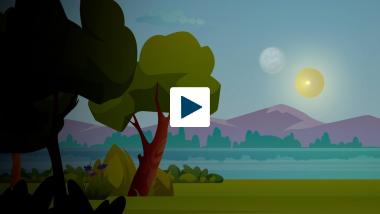