Reading complicated panels may rely on a rulebook and experience. 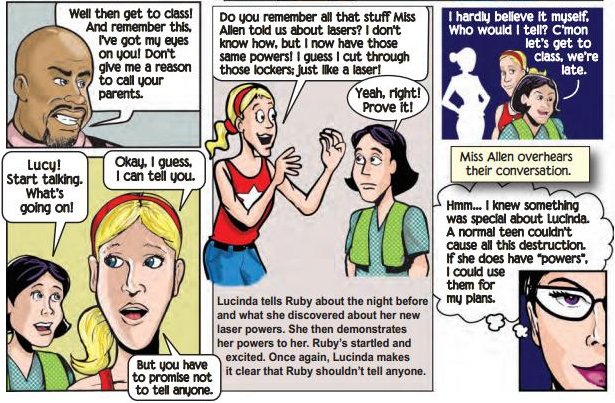 Some comic books boast extravagant layouts: sketches of superheroes frozen in mortal battles with supervillians fill frames shaped like triangles, rectangles, or even circles. Artists can sometimes overlap panels, put smaller boxes inside larger ones, or leave portions of the page empty.
With all of this artistic freedom, how does a reader know where to look?
Neil Cohn, a researcher at the University of California, San Diego, has found that there are some basic rules to reading comics and those rules may be learned. The study was published April 18 in the journal Frontiers in Cognitive Science.
People who read the English written word scan text from left to right. Once our eyes hit the end of the page, we stop. Then ding!, like an old-time typewriter, our eyes shift downward and snap back to the left to start reading the next line. This is known as a “Z-path,” as our eyes whip about like the end of Zorro’s sword.
But that linear track gets derailed in comics with complex layouts and Cohn wanted to know if experienced readers had strategies to follow along.
Cohn rustled up 145 participants at the 2004 Comic-Con International, a comic book convention held in San Diego. Participants had varying experience with reading comics, ranging from “never” to “often.”
Each participant was given a booklet containing 12 pages of blank panels. Each page was independent of the rest and used different design techniques.
Without any images in the frames, the study was aimed at discovering if there are hidden clues in the arrangement of the panels that readers use to know their order.
Cohn asked participants to number each panel in the sequence they would read them.
There were no correct answers. But he found that more experienced comics readers were more likely to abandon the Z-path reading approach when faced with layouts more complicated than a neat grid.
Certain design techniques led to similar reading strategies. For example, if a panel ran down the entire length of the right side of the page, experienced readers were more likely to read each panel on the left side before moving to the one panel on the right. In this case, the readers were reading vertically instead of across the page.
However, some other design techniques did not provoke such predictable responses, perhaps suggesting that the context is also necessary for readers to navigate the story.
Cohn also found that people who read manga -- Japanese comics that are usually read right-to-left -- were more likely to abandon a “Z-path” approach.
Inexperienced readers may be flustered when reading comics for the first time, but like any new language, it might take time to learn some of the rules. 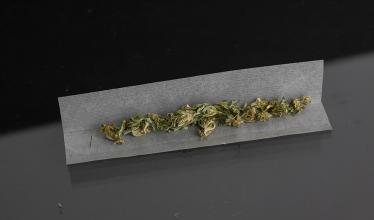