Voyager May Still Be Inside The Solar System

Voyager May Still Be Inside The Solar System

The edge of our sun's influence may appear different than expected. 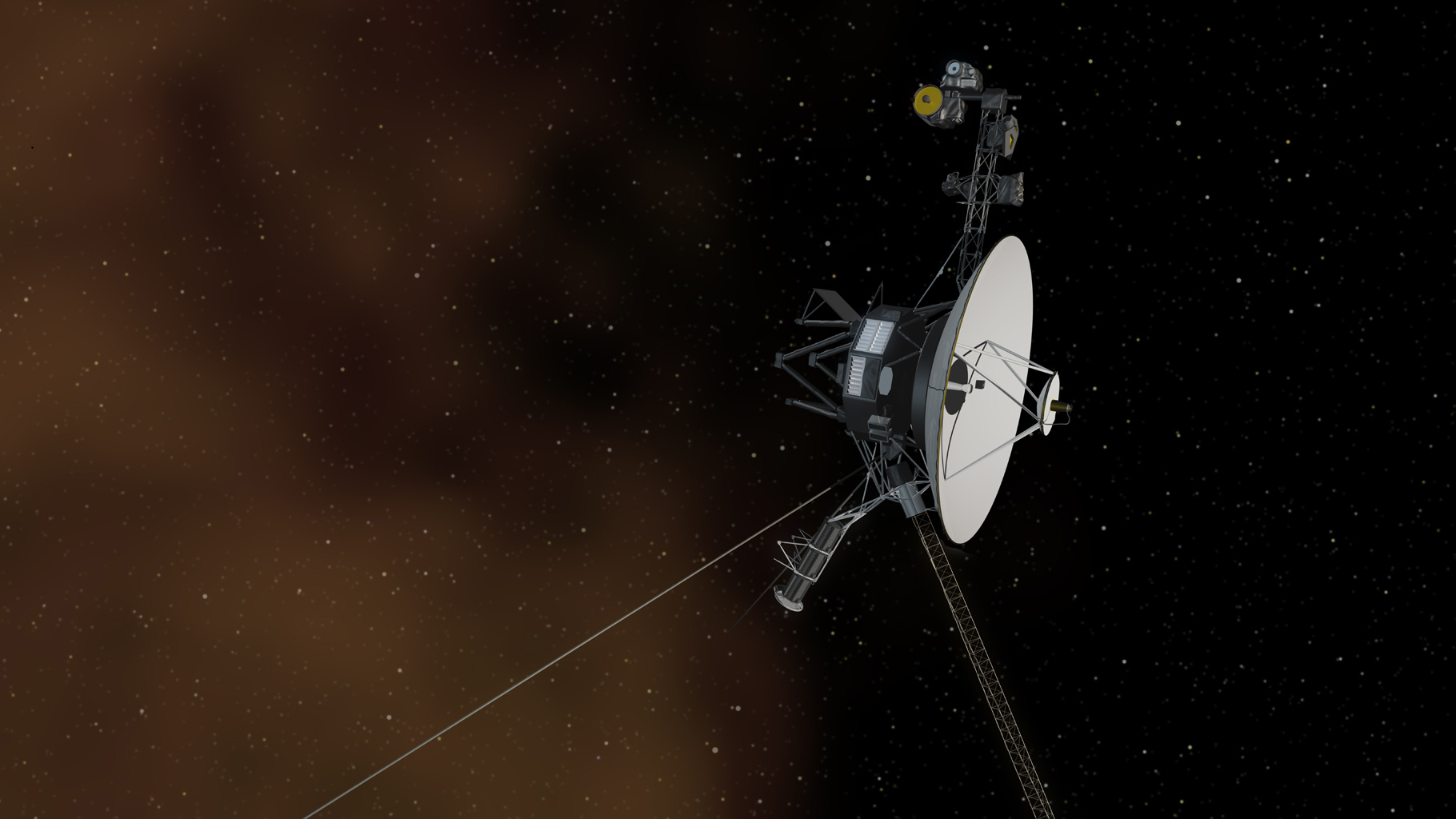 (ISNS) -- NASA announced in September that the Voyager 1 spacecraft became the first manmade object to leave the solar system, although the group noted that the readings were different than what scientists expected. Now, some researchers reviewing the same data think that the space probe might not have crossed that border into interstellar space, but instead was inside a giant magnetic bubble within the bounds of the solar system, and may still be there.

Although deep space is empty, it's not a perfect vacuum. Dispersed in the spaces between the stars are wisps of charged particles, or plasmas, emitted by other stars, nebulae and supernovae.

Scientists have a basic theoretical understanding of what that edge should look like. It should be roughly bullet shaped, with the pointed end facing incoming interstellar plasmas and a smooth boundary separating our solar system from interstellar space. However, that boundary seems to be more complicated than they thought as Voyager sends back information which doesn't completely match these expectations. Resolving the differences could help improve the understanding of what's happening at the edge, about 100 times farther from the sun than the Earth.

Astrophysicists looking at recent Voyager data saw that starting around August of 2012, the spacecraft detected a big jump in the number of particles from outside the solar system and a simultaneous decrease in the particles that originated from the sun. This change led NASA to announce that the spacecraft had passed through the heliopause and entered interstellar space.

However Nathan Schwadron, an astrophysicist at the University of New Hampshire in Durham, disagrees. There was a third signal that scientists expected to see but didn't: a change in the surrounding magnetic field direction as the craft passed from the sun's magnetic field into the Milky Way galaxy's magnetic field.

"This is a pretty important signature and if we don't see that, maybe something else is going on," Schwadron said. "The direction of the magnetic field is more or less the same."

He theorized that instead of passing through the heliopause, Voyager 1 instead entered a "flux transfer event." These are long, rope-shaped magnetic eddies that sometimes form for brief periods of time where two large magnetic fields meet. Astronomers have observed them inside the magnetic fields of all the solar system's planets where they meet the sun's magnetic field. These disturbances can last for a few minutes around planets, but at the inside edge of the solar system's much larger field, they could last for many months and be big enough to take Voyager up to years to traverse.

These magnetic eddies open up a channel that lets in outside particles. If Voyager was inside of one of these flux transfer events between the sun and the galaxy's magnetic fields, Schwadron said it would explain why Voyager detected a sudden increase in galactic particles and a dropoff in the sun's particles without the magnetic field changing its direction.

"It accounts for all of the observations that we've seen," Schwadron said. His research appears in the December 1 issue of the journal Astrophysical Journal Letters.

His conclusions have drawn mixed responses.

"I can't think of a better explanation for the things that he has listed off," said David Sibek of NASA's Goddard Space Flight Center, who studies flux transfer events but was unconnected to the research. "It's a very natural explanation that he's given."

However Donald Gurnett of the University of Iowa, who led the team that made the September 2012 announcement, said he was unconvinced. He said that Schwadron's explanation introduced an unnecessary layer of complexity to estimates about the boundary of the heliopause.

It comes down to a question as to whether the edge of the solar system is a smooth boundary like Gurnett believes, or turbulent, as Schwadron's model implies.

If Voyager I detected a sudden change in the magnetic field's direction subsequent to last year's announcement, then Schwadron says that would mark the point where it left the flux transfer event, and entered true interstellar space. If its readings stay consistent for longer, then it's likely the craft was never ensconced in the magnetic bubble and had left the solar system when Gurnett said originally.

"I think this will hinge on future measurements. The longer we go, the less likely his explanation is true," Gurnett said.

He added that while he didn't think Voyager was inside a flux transfer event, it wasn't impossible.

"It's conceivable that you could have some more complicated things going on and that's what he's talking about,'' Gurnett said.

New readings of Voyager's onboard magnetic field detector will be released at the American Geophysical Union meeting later in December, which should include new readings over the last year.

"From what I've seen… we should be pretty close to the heliopause," Schwadron said. "The thing I'm looking for is the change in magnetic field."

Scientists have already started reassessing their understanding of the solar and galactic magnetic fields to understand why Voyager hasn't detected a change. Gurnett pointed to recent research indicating that the galactic magnetic field might bend around the sun's. It would make the transition through the heliopause difficult to detect because the two magnetic fields would align just past the interstellar boundary, and only start to unwind farther out.

"The interstellar magnetic field gets twisted as it approaches the heliopause, so its angle is not very different from the magnetic field inside," said the University of Maryland's James Drake, a member of the team that published a separate paper in the December 1 Astrophysical Journal Letters.

Schwadron, however said he thought Drake and his team needed to provide more convincing evidence that the galactic magnetic field was twisting.

Because Voyager is the first craft to approach the edge of the solar system, and many of its instruments no longer work, it's difficult for any scientist to say definitively when it is at the edge. Voyager 2 has more functioning instruments and is expected to reach the solar system's edge around 2016. It should be able to take more measurements and offer a better picture of the boundary.

Severe Marine Heat Waves Linked to Human-Caused Warming
Infographic: How a Geiger Counter Works
Tumors Under Physical Stress Inside the Body May Not Respond as Well to Chemotherapy
This Long-Tailed Bird Makes Sounds With Its Feathers in Different Accents
Jeweled Orb-Web Spiders Mimic Flowers to Catch Pollinating Insects
END_OF_DOCUMENT_TOKEN_TO_BE_REPLACED