New study looks at the nearly 300 million pounds of food Americans discard every day -- and its cost to our resources.
Image 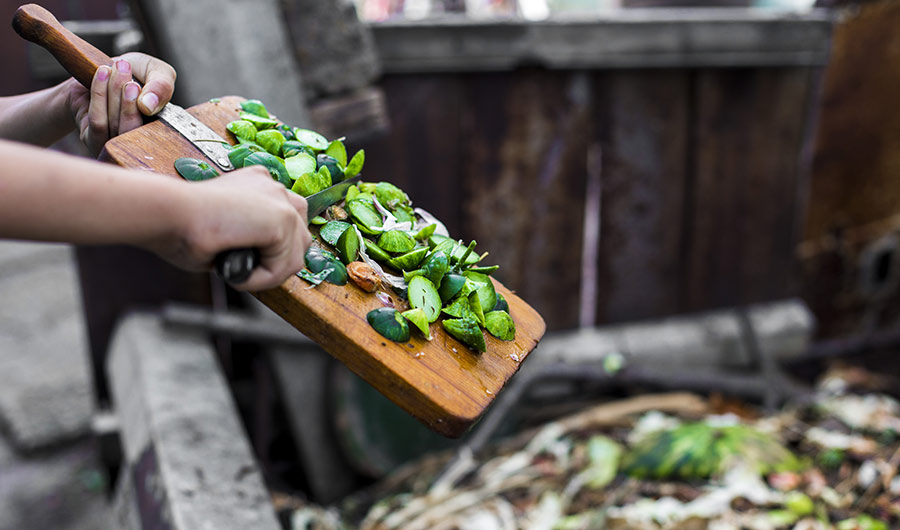 (Inside Science) -- Uneaten food thrown into the dustbins of American life accounts for a staggering amount of waste according to a new study that found the average American wastes about a pound of food per day.

This amounts to nearly 300 million pounds of food a day nationwide, and over the course of a year, some 30 percent of available calories are washed down the drain or chucked in the trash.

Conducted by researchers at the U.S. Department of Agriculture and the University of Vermont and published Wednesday in the journal PLOS ONE, the study quantified how much food Americans wasted from 2007-2014. It was the first to calculate both the amounts and type of food wasted and to model the behavior's impact on available resources like the amount of water and farmland wasted to grow the fodder to feed the livestock and cultivate the crops that consumers chuck.

According to the study, wasted food consumes 30 million acres of farmland -- roughly the size of Pennsylvania -- or 8 percent of the total farmland in the United States. Raising that unconsumed food uses some 780 million pounds of pesticides, 1.8 billion pounds of nitrogen fertilizer and 4.2 trillion gallons of irrigation water.

"This is not just a U.S. problem," said study co-author Meredith Niles, a faculty member at the University of Vermont who studies food system sustainability. Approximately 1.3 billion tons of food are lost or wasted every year worldwide at a cost of hundreds of billions of dollars, according to the U.N. Food and Agriculture Organization.

The study looked at food wasted at the level of consumers -- both edible food scraped off plates as well as spoiled food thrown out. The study also counted as food waste things like bacon drippings and banana peels that would not normally be consumed. But it did not take account of food that never leaves the farm, or waste from grocery stores, restaurants or other sources. This is the dominant source of wasted food in the United States, said USDA nutritionist Zach Conrad, the first author on the new paper.

"Far and away the consumer level food waste is the greatest," Conrad said.

One somewhat surprising finding of the new study, Niles said, was the outsized role played by higher-quality diets. Good foods mostly -- and not so much salty snacks or sugary treats -- are thrown away. The research found some 17 percent of wasted foods are dairy products, and 14 percent are meats. By far the largest class of wasted food is fruits and vegetables, accounting for about 39 percent of the total.

"Higher-quality diets are associated with greater amounts of food waste," said Conrad, who developed the idea for the study with his then supervisor Lisa Jahns, another nutritionist at the USDA Center in Grand Forks, North Dakota.

One basic part of the explanation comes as no surprise, according to Roni Neff, an expert who directs the Food System Environmental Sustainability and Public Health program at Johns Hopkins University. It's simply that perishable items like fruits and vegetables are wasted more often because they go bad more quickly, she said in an email. However, Neff strongly cautioned against interpreting those results to mean healthy diets are bad for the environment.

Eating a diet rich in fruits and vegetables is a cornerstone of modern advice on healthy living. The current USDA guidelines recommend people make dietary shifts to eat more fruit and vegetables.

The fact that high-quality diets rich in fruits and vegetables may create more food waste does not mean there is a problem with those diets, said Neff, who was not involved in the research. What the work really shows, she wrote in an email to Inside Science, is the need to combine public messages about waste prevention alongside those on diet.

"It’s easy to toss food in the trash, and we consumers often do it without stopping to consider the consequences," Neff said in her email. "There are many things we can do, to adjust our purchasing and consumption, intentionally use what we have and preserve the foods better. This [study] makes a powerful case for doing them."

Jahns said more research is needed to understand how and why people waste different types of food. "The more detail that research can provide, the more likely we are to be able to achieve the simultaneous goals of increasing diet quality and decreasing food waste," she wrote.

Niles, reached via telephone late one day this week in her campus office in Burlington, Vermont, underlined the global scope of the problem. "We know we have a growing population to feed, and we know we have limited resources," Niles added. "If we were able to reduce our food waste by half, [it] would have a huge impact."