The Weird Ways Animals Use Roads, Buildings and Power Lines to Their Advantage

Animals are often able to adapt to their human-influenced surroundings with remarkable ease.
Image 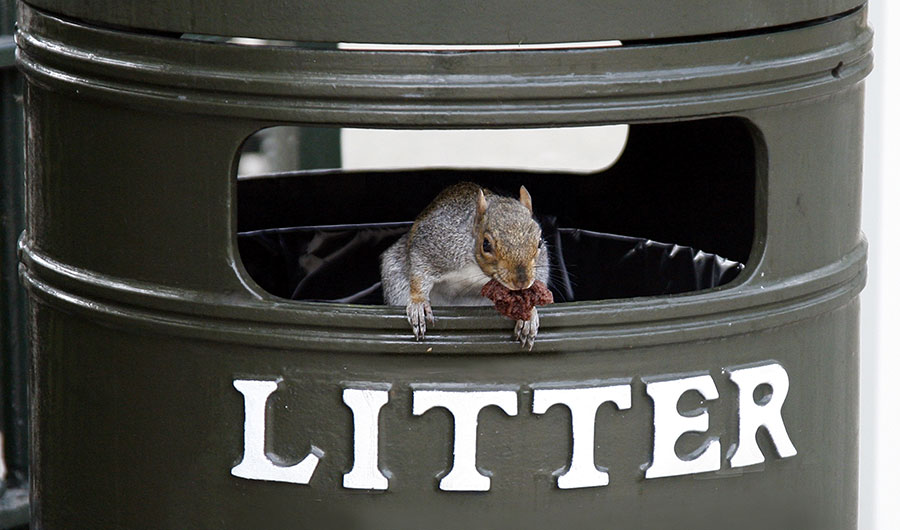 (Inside Science) -- In 2012 and 2013, Bill Bateman, a zoologist based in Perth, Australia, began to notice something interesting about how animals were navigating the bush: When mining companies created small paths through the previously tangled environment to install seismic lines, animals started preferentially using those trails to move from one place to another.

And animal ingenuity wasn’t confined to walking on beaten paths.

“The more we looked, the more evidence there was that anthropogenic structures were often used to the advantage of these animals,” said Bateman, who works at Curtin University.

People usually think of any activity done by humans out in the wild as innately negative, but the more Bateman looked, the more he found animals adapting to take advantage of the human-built environment. From power lines to buildings and roads, wild animals do adapt to the world of humans -- and some of them even thrive on it.

A new study furthers that idea. In Thailand’s tropical forests, small thrushlike birds called White-rumped Shamas who nest near roads are more successful than those far from human activity – mostly because they avoid key predators by sticking to the roads (predators tend to stick to the deeper forests). Rongrong Angkaew, a research assistant at King Mongkut’s University of Technology Thonburi and her colleagues set 200 shoe box-sized nesting boxes around an environmental research station in northeast Thailand. Half were in the forest’s interior, and the other half were near a road.

They monitored the nests and attached radio trackers to fledglings for seven weeks, sometimes checking the nests multiple times each day to catch the baby birds when they emerged from the eggs. They found that the percentage of nests that had at least one successful egg (known as nest success) was 12 percent higher and post-fledging survival 24 percent higher at the edge versus the interior -- the opposite of the pattern commonly observed in temperate regions, where predators usually gravitate toward the edges of habitat. The study was published last week in the journal Condor.

The bird’s main predators are pig-tailed macaques and green cat snakes, explained Angkaew. “Macaques avoid this area and that’s why we see this pattern of increased survival,” she said.

Not all species benefit from the built environment. Although some predators could find more prey near roads, highways often act as death zones where slow-moving species get plowed over by cars. The effect can be exponential: In Australia, when reptiles are killed by cars, birds come to forage, and then they run the risk of being hit by cars also.

“Roads can start acting as an ecological trap,” said Bateman. “Roads can potentially have a footprint that goes much further out into the environment on each side, with depressed population of species on either side.”

And researchers are still trying to figure out why similar species have really different reactions to living near humans. For example, stone martens in Europe are often found thriving in towns in Belgium and Luxembourg. They live anywhere, including in roof spaces. On the other hand, pine martens are struggling to survive in an increasingly urbanized world. The trick of stone martens, said Bateman, is their adaptability: “Stone martens are more adaptable in eating all sorts of human rubbish left lying around, they’re more active later at night when they’re less likely to be disturbed by people,” even though to the common observer, the two species look very similar. One is doing well, and one isn’t.

Human interventions can also have a consciously positive influence on biodiversity, Bateman pointed out. “It’s very easy to rapidly improve the situation for native bees and honeybees just by planting the right kinds of plants,” he said. Studies show that pollinator diversity can be as high in urban areas as natural areas when people are coaxed to plant bee-friendly plants.

It may be an adjustment for people to see cities as potential biodiversity hotspots, especially as cities grow in what were once wild areas.

“If there is one environment that is continuing to spread and grow, it is the urban environment,” said Bateman. “So, any understanding of how that negatively and positively affects animals is useful to know.”