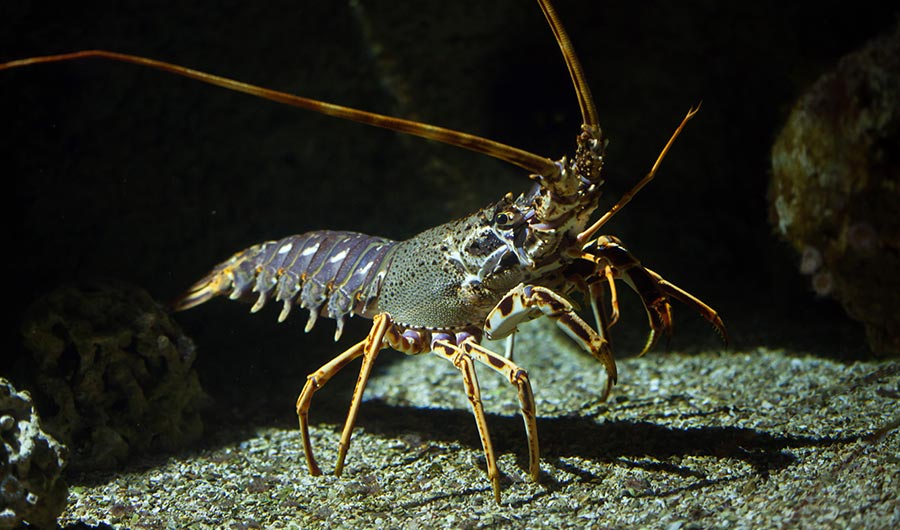 (Inside Science) -- In 1956, Jacques Cousteau described underwater environments as silent worlds. These days, scientists are discovering exactly how incorrect that was: The oceans are popping with sound from a wide range of species, from fish that grunt to shrimp that snap. In a new paper published today in Nature Scientific Reports, researchers report that European spiny lobsters also produce sounds that carry to a surprising distance. Like their distant relatives the true lobsters, spiny lobsters are fished commercially for food. In fact, they have been overfished to the point of vulnerability, although they are starting to make a comeback in some places.

When lobsters rub an extension of their antennae against a rigid part of their body below their eyes, it makes a rasping sound that may be used to communicate with other lobsters or to ward off predators.

To eavesdrop on this lobster talk, Youenn Jézéquel and colleagues collected 24 spiny lobsters of different sizes, tagged them in the lab and placed them in steel cages along a rocky part of the shallow ocean off the coast of Brittany in western France. They also placed eight underwater microphones in a line, starting 16 feet away from the lobsters and ending 328 feet away from them, ultimately recording 1,560 of their sounds.

At the longest distance, only the large individuals could be picked up on the recording. Jézéquel and the other scientists then speculated that with low background noise, the largest spiny lobsters could make noises heard more than 1.8 miles away.

That’s important because these sounds could be used as a way of passively monitoring the ecological health of spiny lobsters. “The development of such a noninvasive and nondestructive tool is more than ever needed to obtain ecological knowledge and protect [the European spiny lobster] in its natural habitat,” said Jézéquel, who is a doctoral candidate in marine biology at the European Institute for Marine Studies in France. He added that there are still questions to be answered -- for example, whether researchers can use sound to differentiate individual spiny lobsters, and what triggers spiny lobsters to produce sounds.

As researchers get better at listening, they can also learn more about the ocean in general. “This is only the beginning of the wide research area," said Jézéquel. "From now on, we need to listen more to our oceans, because there are still many sound-producing species that remain to be discovered.”