When Penguins Dive, Other Birds Feast 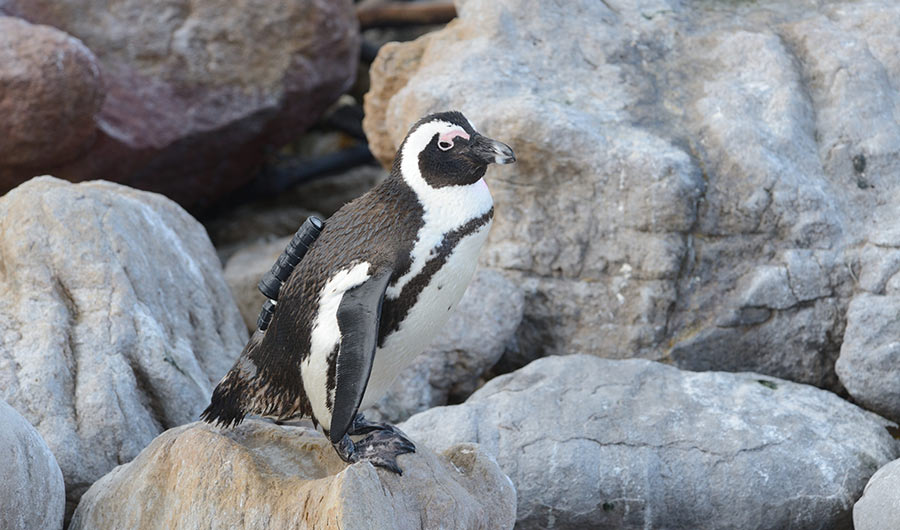 (Inside Science) -- Cameras taped to penguins' backs have revealed that flying seabirds know to follow their swimming cousins to fishy feasts, a new study finds.

The African penguin (Spheniscus demersus), the only penguin native to Africa, dwells on southern African coasts, dining mostly on small fishes such as sardines and anchovies. The penguins frequently dive more than 100 feet deep, working together to corral schools of fish into shallow waters for ease of feeding. Fishermen and scientists have long noted that gulls and other flying seabirds are often attracted to surfacing African penguins.

To learn more about this observed link between the swimming and flying seabirds, researchers stuck cameras onto the backs of African penguins at Stony Point, South Africa, during summers from 2015 to 2018, when the birds were breeding. Each member of a mated pair would alternate between hunting food at sea and guarding their young on land; the scientists would use a sticky but easily removable waterproof tape to secure the cameras to the penguins while they were at their nests, and take them off after the birds returned from foraging.

The larger the groups of penguins, the sooner flying seabirds arrived to take advantage of prey the penguins herded to the surface. "That tells us that flying seabirds are actively showing interest in penguins as cues for prey," said study lead author Alistair McInnes, a marine ecologist at Nelson Mandela Metropolitan University in Port Elizabeth, South Africa.

Similar relationships have been observed between dolphins and diving seabirds called gannets.

"African penguins may be more significant for other seabirds in their communities than previously thought, especially when prey is pretty scarce," McInnes said. "They may be providing valuable services for other birds, especially endangered species such as Cape cormorants."

Scientists hope that by researching the African penguin, they will uncover clues to help save the endangered species, whose numbers have dropped by more than 70 percent since 2004, McInnes said. He and his colleague Pierre Pistorius detailed their findings online June 5 in the journal Royal Society Open Science.