In environmental science, the law of unintended consequences cannot be denied.
Image 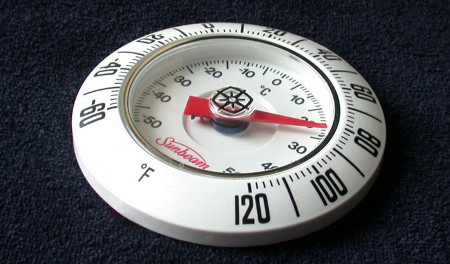 (Inside Science) -- Cities are "islands" that raise temperatures by absorbing sunlight during the day, storing it, and releasing it back out at night, adding heat to an already changing climate. Painting roofs white relieves the so-called island effect, lowering temperatures in urban areas and it has become popular in many cities.

But scientists at Arizona State University report that the practice can make things worse in some places.

Reflecting sunlight to keep world temperatures cool is common in nature. Snow and ice, for instance, have a high albedo (reflective) effect and help keep temperatures from rising. Scientists believe one of the reasons the world's climate is warming is that there is less ice now. Cities, which generally are paved over and covered with buildings, absorb heat from the sun, driving up the temperature.

Studies show that white roofs, which reflect sunlight instead of absorbing it, will cool temperatures in places like that are heavily developed, like the Eastern Seaboard between Washington, D.C. and Boston. However, the ASU scientists project that lowering the temperature with reflective roofs can reduce much-needed rainfall part of the year, at least in their part of the world.

"Most of the work has been focused on temperatures," said Matei Georgescu, an assistant professor at ASU's School of Geographical Sciences and Urban Planning. "Do white roofs cool an area? The answer is, they do. We don't find any contradiction."

The researchers focused on the projected urban expansion of what is known as the Sun Corridor, the fastest-growing metropolitan area in the U.S., which includes metropolitan Phoenix, Tucson, Prescott and Nogales. The area is expected to have a population of 9 million by 2040.

Painting roofs white -- or sometimes, planting gardens on rooftops -- has become popular on in places like New York City and Chicago. Research by the National Center for Atmospheric Research shows that black asphalt roofs raise temperatures 2-4 degrees F and in theory, painting roofs white could mitigate that.

Computer models indicate that if every roof in every city were painted white the demand for air conditioning would be reduced, and temperatures in the cities would be reduced by an average of 0.7 degrees F.

Using scenario-based data from the Maricopa Association of Governments, a long-range planning agency for the region, the researchers modeled that projected growth would rise statewide averaged temperatures -- already blazingly hot in the summer -- another 1.8 degrees F.

"For precipitation to form, two elements are necessary: moisture and a lifting mechanism to condense air parcels," Georgescu said. "The decrease in low-level heating resulting from the white roofs stabilizes lower levels of the atmosphere, and to some degree, removes the natural lifting mechanism required for condensation to occur."

Rainfall in Arizona occurs during the summer and winter; the summer rains are associated with the North American monsoon system. When it rains, the water collects on the ground or percolates into the soil and by the next day it is ready to either sink into the ground or evaporate into the air. After that, it can be lifted back into the air and moves away or may fall back as rain. In cities, that doesn't happen because the land surface and its soil have been paved over. The water simply collects on the pavement and runs off, Georgescu said.

Heat drives the process. If you reduce the heat -- as white roofs do -- the air parcels are less likely to rise.

"We find this effect to occur mostly in the summer. During the winter the more prominent large-scale flow dominates weather," Georgescu said.

"Cloud formation and rainfall, these are complex processes," said Stuart Gaffin, Lamont assistant research professor at Columbia University's Earth Institute, one of the leading authorities on urban albedo, who was not involved in the ASU research.

"The question is, is the model capturing it accurately? It may be plausible, but it has to have a lot more testing and verification before it is used as an argument against using high albedo for heat control."

The ASU study was published in the journal Environmental Research Letters.