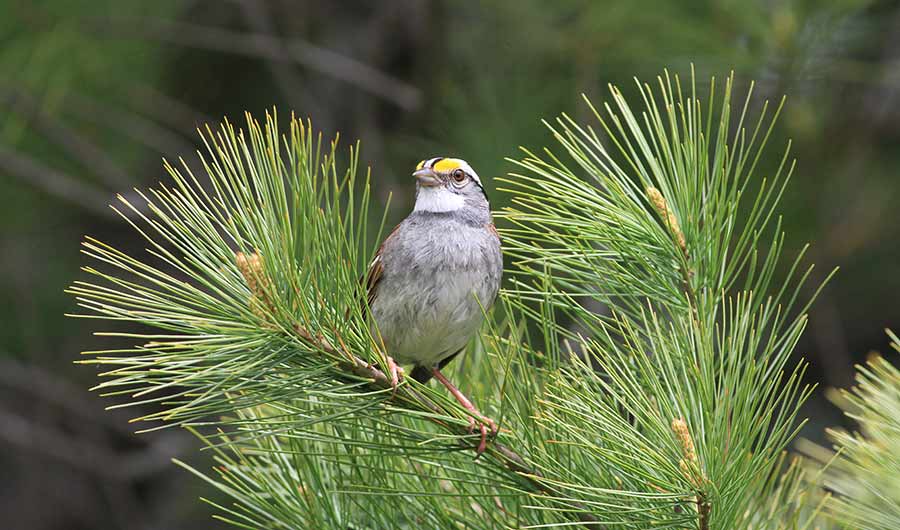 (Inside Science) -- When researchers first noticed white-throated sparrows singing a strange song in the Canadian province of British Columbia, they figured it was a regional dialect. Dialects are common among birds and other singing animals living in isolated populations.

Then the song began to spread.

“It was very exciting to sort of see this wave going across the country,” said Ken Otter, a biologist at the University of Northern British Columbia. “It basically is like it's going viral.”

Using recordings from a variety of sources, the researchers saw that the new doublet song spread eastward in the last two decades. By 2019, only the birds on the country's far eastern edge still sang the classic triplet song. The new song spread much like a disease -- in fact, the researchers used disease-tracking statistical techniques to analyze their data. But as a behavioral phenomenon, it resembled human trends and fads, said Otter. He and his colleagues published their findings today in the journal Current Biology.

How did this happen? The sparrows’ movements offer clues.

Historically, white-throated sparrows bred east of the Rocky Mountains in Canada and spent winters in the central and eastern U.S. But in the mid-20th century, a breeding population appeared west of the Rockies in British Columbia. Around the same time, sparrows began showing up in California during the winter.

Otter and his colleagues found that some of the British Columbia birds overwintered in California, while the rest overwintered in Texas and Oklahoma -- part of the birds’ historical winter range that is also used by sparrows from the Canadian prairies. White-throated sparrows sing during winter, so birds from both sides of the Rockies would have a chance to learn from each other.

Otter and his colleagues aren’t sure why the doublet song became so popular, but they speculate that female sparrows may be attracted to the novelty. Indeed, a third song variant that adjusts the volume mid-note has recently turned up in the west, and it appears to be spreading even faster than the doublet song.

Citizen science projects such as eBird and Xeno-canto make it possible to study such phenomena more effectively than ever before.

“Suddenly you have people all across North America uploading songs,” said Otter. “There's no way that we could look at this kind of spread if we didn't have that massive proliferation of citizen scientists.”