Why We Love To Scare Ourselves

Why We Love To Scare Ourselves

The brain's inner workings reveal the anatomy of fright. 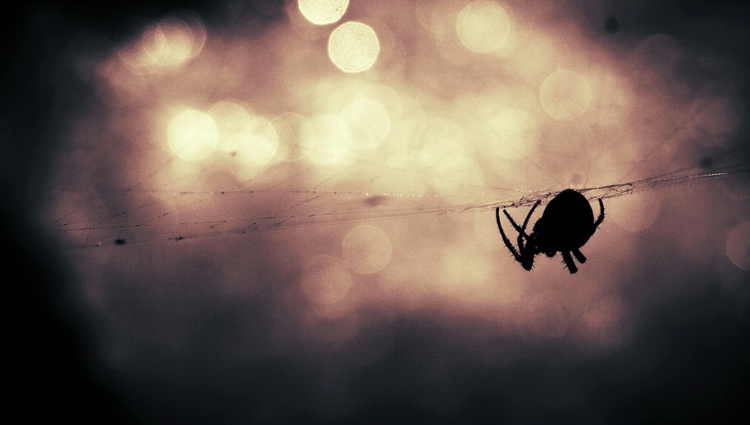 WASHINGTON (ISNS) -- Dracula, Frankenstein, witches, ghosts and goblins are all around us at this time of year -- and Hollywood keeps them at our beck and call for the rest of the year as well. Scary movies allow us to experience the tonic of a good fright whenever we want one, but why do people seek out that experience?

What in your brain separates the pleasurable adrenaline high of a horror film from the traumatizing experience of someone breaking into your house?

The obvious answer is that you know that what’s happening on the screen isn’t real. According to Andreas Keil, a professor of psychology at the University of Florida in Gainesville, that knowledge starts in the visual cortex, an area at the back of the brain that processes what we see and helps link those images to personal and cultural events that put them in a context.

Like the other cortical areas of the brain (the auditory cortex, the sensory cortex, the motor cortex, and the cerebral cortex), it thinks. You see a dark spot on the floor, notice that the dark spot has projections, realize that these projections are legs, and your brain says "Spider!"

But is it a house spider, a black widow spider, or a plastic spider? You have to control your fear to find out.

“If you are afraid of spiders, the visual cortex will alert the cerebral cortex, and it will tell your amygdala and insula, the parts of the brain that process emotion, that the threat is real," said Keil. "When it perceives a threat, the cerebral cortex produces the energizing neurotransmitters glutamate, dopamine, and serotonin to amplify your responses and get you out of danger, and you run, without checking to see what kind of spider you are dealing with."

People who control their fear respond more slowly, giving the cerebral cortex time to take in and process more information. If the cerebral cortex realizes that the spider shape is actually a harmless plastic spider, it tells the amygdala and insula that the threat isn’t real and the calming neurotransmitter gamma-aminobutyric acid (GABA) is produced. The brain and body stand down, and everything goes back to normal.

But even when the threat isn't real, the threat signal has already gone through the hypothalamus, the part of the brain that communicates with the body's glandular system. This signal tells the adrenal glands to produce the hormone adrenaline. Adrenaline stimulates the production of opioids, which dull the response to pain (very useful if you are being chased by a lion) and endorphins, which produce pleasure.

Endorphins are also released during exercise, sex, and the anticipation of pleasure, said Ki Ann Goosens, a neuroscientist at the McGovern Brain Institute at the Massachusetts Institute of Technology in Cambridge, Mass. As long as the fear response shuts down at this point (you recognize that the spider is made of plastic), activating that response can lead to some very positive experiences.

According to Goosens, adrenaline also increases visual acuity and other sensory thresholds, making the world a more intense and pleasurable place. It speeds up the metabolism and makes people feel more alive. People who see Freddy Krueger sneaking up on a victim become alert and aroused, but in control of the experience, which is a plus.

“Many people enjoy the sense of control over their fear, turning it on and off, that an imaginary situation such as a movie produces,” said Goosens.

Goosens added that everyone experiences this hormonal high differently. For some, the pleasurable sensations override the terrifying images on the movie screen. Those who don’t enjoy scary movies, she hypothesized, may either have a weaker hormonal response that provides less pleasure and doesn’t cancel out the negative images, or a stronger response that pushes everything to the next, very uncomfortable step.

If the cerebral cortex tells the rest of the brain that the threat is real and must be dealt with, the fear response continues and the adrenals start producing cortisol. The body goes into overdrive, suppresses insulin to create a blood sugar spike that fuels the muscles and sends everything into a higher and much more uncomfortable gear. Normal metabolic processes are suppressed and the body’s homeostatic balance is thrown off.  This is what happens when you hear the back door opening and know an intruder is on the scene.

“There is a hard-wired fear reflex that comes from the amygdala and the hormonal activation,” said Kerry Ressler, who studies the biology of fear at Emory University in Atlanta, Ga. “Your pulse rate and blood pressure go up, your mouth dries out, you sweat, and you want to escape. Some people are paralyzed by this reflex and some bring all that activation together to produce an adaptive response, such as calling 911.”

We can deal with the scary parts of our world by honing our ability to master our fright -- at least in the safety of the movie theater. Perhaps that, too, is an adaptive response.

Why Training with Heavier or Lighter Baseballs Could Help Pitchers Throw Faster
Fossil Bite Marks Show Some Dinosaurs Ate Their Own
Royal Jelly Does Not A Queen Make
What Does the Spiny Lobster Sound Like? Loud.
Tyrannosaurs' Long Legs May Have Been for Marathons, Not Sprints
END_OF_DOCUMENT_TOKEN_TO_BE_REPLACED