Your Phone Can Help Predict the Weather

A network of smartphones can improve short-term weather forecasts.
Image 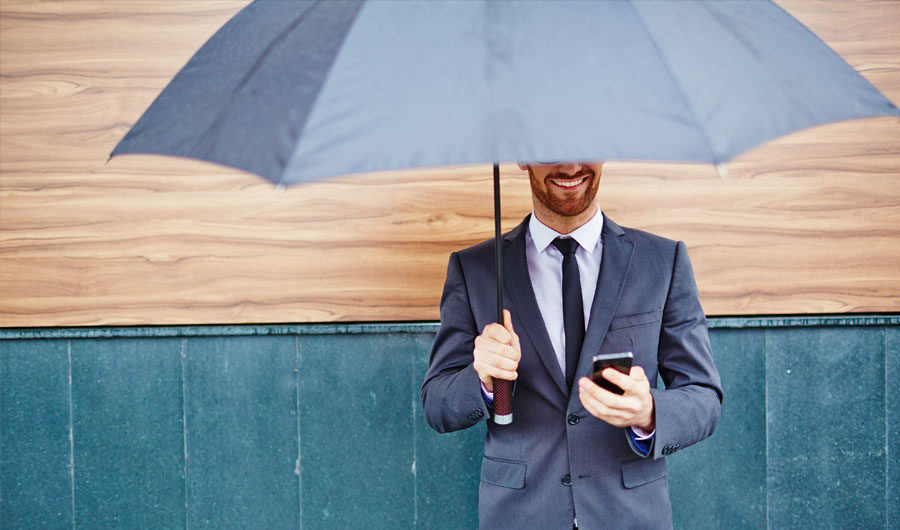 (Inside Science) -- You may soon add "weather station" to the many functions of your phone. Researchers have shown that air pressure data from thousands of smartphones can improve predictions of a storm's strength, and where and when it will strike.

Such a smartphone network would augment the existing system of ground-based weather stations, which, while more accurate and powerful, are expensive to expand.

"Weather stations cost a lot of money," said Cliff Mass, an atmospheric scientist at the University of Washington in Seattle. "If there are already 20 million smartphones, you might as well take advantage of the observation system that's already in place."

That mobile observation system is based on the air-pressure sensors built into most new and high-end smartphones to help determine elevation. In a recent study published in the journal Weather and Forecasting, Mass and Conor McNicholas, a graduate student at the University of Washington, show that these sensors can also fill in the gaps of an existing weather station network and improve forecasts.

To make forecasts, meteorologists feed weather data into a computer model, which calculates a prediction of future weather. As the models have improved, they've begun to outpace the data available to them, explained Luke Madaus, a meteorologist at Jupiter Intelligence, a company that determines risks from climate change.

Current weather station networks were designed for an era when models could only simulate storms and other weather phenomena that spanned 100 kilometers, said Madaus, who started the smartphone project while a graduate student at the University of Washington. But models can now simulate weather in much greater detail, resolving phenomena down to several kilometers or hundreds of meters. So to get the most out of models, meteorologists need a denser network of sensors.

The need for better forecasts and more sensors is especially true in regions where weather stations are sparser, such as in the developing world, Mass said. While stations are lacking in some of these areas, smartphones are becoming increasingly abundant.

To see how much smartphones could help, McNicholas wrote an app called uWx that collects air-pressure data from users' phones. Pressure is a fundamental measurement because it tells you what's happening through the atmosphere above, said Josh Hacker, an atmospheric scientist at Jupiter Intelligence, who wasn't involved in the research. Measurements of pressure from a smartphone can be more reliable than, say, temperature or humidity, since pressure doesn't change if the phone is indoors, or in a pocket or purse.

Still, smartphone data can be messy. Individual sensors may not all perform in the same way. The data may not be reliable, for example, if the phone is in a car driving up and down a hill, or if it's on an elevator. "The pressure change in a tall building can be as large as a change in a weather system," said Greg Hakim, an atmospheric scientist at the University of Washington.

To address these issues, the researchers combined information about a phone's environment -- such as its precise location based on GPS data -- and machine-learning algorithms to gauge and correct errors in the data in real-time. The correction methods also used information from nearby weather stations to smooth out random fluctuations in the smartphone data.

In the new study, McNicholas and Mass tested their system on two weather events that passed over the Seattle area in 2016: a rainy cold front and a coastal cyclone. In both cases, incorporating the smartphone data produced a more accurate forecast than using the weather station data alone.

The improvement was modest, though, and not better than a few percent increase in accuracy, Hacker said.

But even a small improvement could make a big difference, Hakim said. For example, a slight shift in a storm's path, taking it over different geography, can mean the difference between a calm evening and downed power lines and tree branches. "Those modest changes can send you across thresholds in terms of impact on society," he said.

A smartphone network would likely be best suited to help forecast such storms a few hours ahead, Hacker said. "It shows the promise of improving short-term weather forecasts that affect people -- things like rain and strong wind."

Because the phones make smaller-scale measurements, the data probably won't be useful for forecasting larger-scale, longer-term weather days ahead of time. Nor would this approach be useful in rural areas where smartphones are scarce.

Next, Hacker said, the researchers will need to do more systematic analyses to show that smartphones are helpful through different seasons and geography, and able to forecast a variety of weather systems. "There's more work to be done before it can prove to be generally useful," he said.

The study used only about 0.1 percent of all the potential smartphone measurements in the Pacific Northwest. Getting more data could lead to even better improvements, Mass said, and would require partnering with companies with greater access to phones. So far, the researchers have been working with IBM's The Weather Company, using data collected through the company's weather app. To ensure privacy, all the data the researchers are gathering is anonymous and can't be traced back to individual phones.

More data would help produce a more detailed and probabilistic view of how storms evolve, Madaus said. "It has the potential to increase, by orders of magnitude, the numbers of weather observations we're able to get on an hourly to sub-hourly basis pretty much from anywhere in the world there are smartphones -- which is amazing."