The Science Of Streaky Shooting

Can a hot shooter really be in "the zone"?
Image 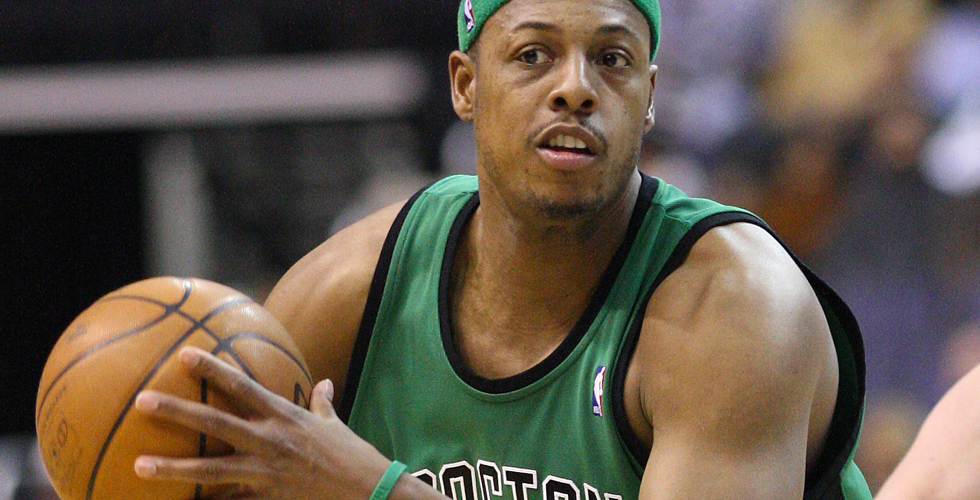 (Inside Science) -- Players, coaches, commentators and fans believe in streaky shooting, but universal assumptions are not always true.

Paul Pierce of the Boston Celtics made six of eight shots in game one of the NBA Eastern Conference Finals against the Orlando Magic, scoring 22 points as the Celtics took a 1-0 lead in the series. Did he shoot well because he was feeling hot? If Kobe Bryant of the Los Angeles Lakers hits his first three shots in game one of the Western Conference finals against the Phoenix Suns, does that mean that he will shoot well all game? Demonstrating that a player was, will be, or could become hot is quite complicated -- and controversial.

"It's a really fleeting effect," said Sandy Weil, a data architecture specialist and consultant with Sportsmetricians. "One of the reasons that people don't find it is that they don't have enough data."

Economist Jeremy Arkes, 42, still plays college intramural basketball against students. On some days he feels like he can't miss a shot, though in recent years it happens less frequently.

Arkes' research at the Naval Postgraduate School in Monterey, Calif. usually examines risky behavior among teenagers, divorce and its effects on children, or military economics. The difference between his experience shooting hoops and what he read in the basketball research literature led him to examine streaky shooting, often called "the hot hand." His work was recently published in the Journal of Quantitative Analysis in Sports.

"Almost all the research showed that there wasn't such a thing as the hot hand," said Arkes. "However, most of the people I've played with agreed with me that of course there's a hot hand in basketball. So it just didn't make sense that all these people were finding no effect."

Shooting a basketball is like flipping a coin. A coin that comes up heads 10 times in a row is not necessarily hot. At least one streak of 10 straight of either heads or tails is likely when a coin is flipped 10,000 times.

Similarly, making 10 consecutive shots does not prove that a player is hot. Past studies found that streaks of made shots could result from the same sort of natural variation.

To look for the hot hand, Arkes focused on free throws, specifically the second free throw of a pair. His data consisted of about 65,000 free throws taken during the 2005-06 NBA season. Of those, 28,000 were second shots and from them Arkes developed a model to calculate how much more likely players were to make the second free throw if they made the first. Then he averaged the effect across all players.

Arkes found that for the entire NBA, players' shooting percentages increased by almost 3 percent after making the first free throw of a pair. He claims this as evidence that the hot hand exists, at least for free throw shooting. His analysis suggests that players are able to string together made shots more often than chance would predict, which is one definition of streaky shooting.

Is there a reason why this would happen? Elite athletes play a different game than weekend warriors. Practicing hours a day might make a free throw feel like a natural motion, like using a fork. If the process is done without thought, there would be no reason to think that the shooting percentage for one free throw would be somehow different than another.

Psychologist Mark Otten from California State University, Northridge, who studies the type of thinking that leads to sports success, believes that shots can be different from one another. He presented research on free throws at a recent conference in Vancouver, British Columbia.

Otten's study asked participants with a wide range of basketball experience to attempt sets of free throws. Those who claimed to feel in control and confident in their shooting ability shot better when he increased the pressure of the situation by videotaping the subjects.

His finding reinforces an idea popular with coaches, that athletes should be trained to feel confident and in control. "My feeling is that it is potentially applicable to everybody, even the elite athletes," said Otten. "But we don't know exactly based on my study alone."

If the hot hand phenomenon exists, it should also be detectable for field goal shooting: everything from dunks to 3-pointers.

Because any two shots from the field are rarely equal, it is much more difficult to approach the interpretation of field goal shooting data. This is something that Sandy Weil and John Huizinga, a University of Chicago economist, studied and presented a t a 2009 sports analytics conference at the Massachusetts Institute of Technology in Cambridge.

They used what they call a "best in class" data set of play-by-play data for four complete seasons of NBA games. Limiting themselves to star players, they refined the data set to study serial correlation, comparing a previous field goal attempt to the next one and eliminating shots they felt would bias the sample.

Their findings suggested no evidence of shooting streaks. After making one shot, a player's shooting percentage actually tended to drop for the next field goal attempt.

Despite this drop in performance, a player who scored tended to shoot more often, as if the player and his teammates believed him to be the team's best scoring option. Behaving as though the hot hand existed might actually be detrimental and cost an average team about four victories over one season.

Of course, this is not the final word on the existence of the hot hand.

"I'm not trying to take a position on whether the hot hand exists or doesn't exist," said Weil. "It could be out there that guys actually do shoot a little better here and there, but it sure seems to be drowned by the performance, by the behavior around their shooting."

As for free throws and the hot hand, Weil was unconvinced that Arkes' data had been sufficiently corrected to account for alternative possibilities that might cause the effect. He suggested that perhaps the effect might be related to the environment of a particular arena or be stronger in players who are usually weaker shooters.

"It certainly does seem like a place to start," said Weil. "I don't know what other potential sources of serial correlation there might be."

Arkes said Weil and Huizinga's research was "really interesting," though he maintained that free throws were the best measure of the hot hand. With field goals, he said, "you don't know if the lower likelihood of making the next shot is from the non existence of the hot hand or the higher difficult of the shot. So, it's not comparing apples to apples."