From the Toilet to the Frog: How Nutrients in Human Waste Feed Pond Ecosystems

Nitrogen isotopes show how nutrients leach out of septic tanks and into pond ecosystems.
Image 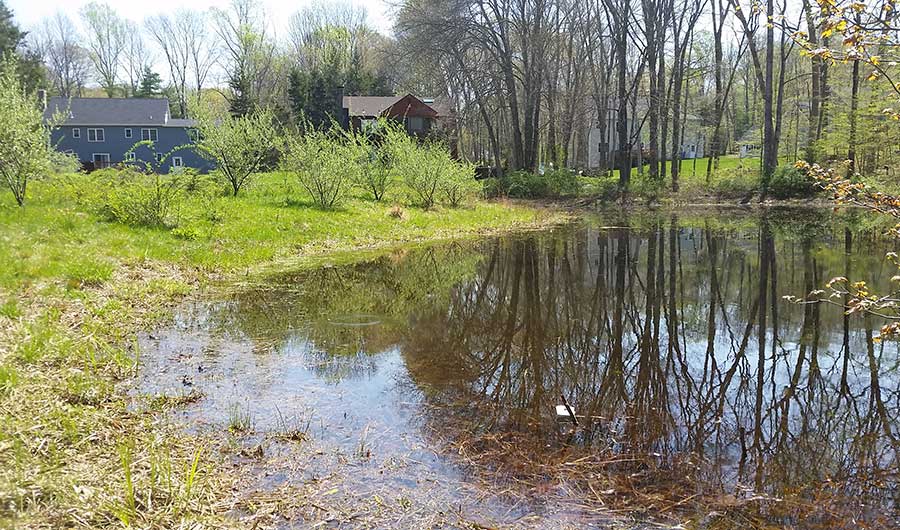 (Inside Science) -- In Madison, Connecticut, the ponds nestled between streets and houses look pretty much like ponds out in the country. They all have the same stringy algae and dappled frogs. But new research has revealed a difference: Most of the nitrogen in algae and frogs living near people was apparently once part of those people's urine and feces.

Releasing nitrogen and other nutrients from sources such as septic systems is known to harm ecosystems in some cases, though it's not yet clear what impact it's having on the pond life in Madison.

Like about 20 percent of American neighborhoods, the study region has no public sewer system, so people there rely on smaller-scale septic systems. Such septic systems are designed to filter out potentially dangerous organisms like bacteria while leeching nitrogen from urine and feces into the surrounding soil.

Almost all nitrogen is one of two forms, or isotopes: the lighter and most common form, nitrogen-14, and the heavier, rarer form, nitrogen-15. Both types of nitrogen are naturally present in the environment, and organisms use them as raw material to build their tissues. But as nitrogen travels up the food chain, the proportion of the heavier form gradually increases. As a result, animals like humans have higher ratios of nitrogen-15 to nitrogen-14 than you normally find in air or soil. 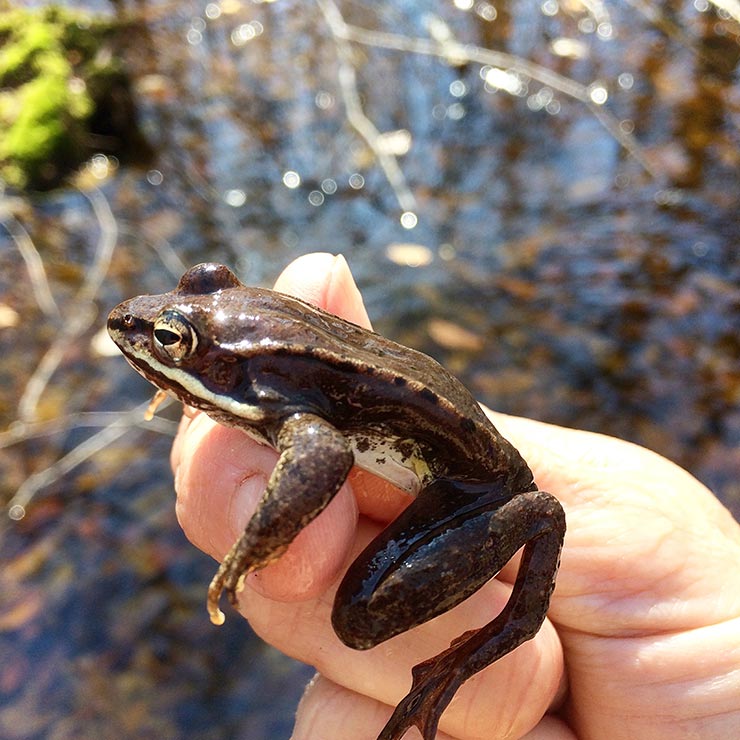 The researchers inferred that nutrients from septic tanks had seeped into ponds, been taken up by plants and algae, and then been eaten by animals like frogs, resulting in entire ecosystems built on sewage. The researchers estimated that in the most developed areas, about 70 percent of the nitrogen in frogs' bodies was once a component of human wastewater. In contrast, the frogs in forested landscapes derived their nitrogen from natural sources, according to Meredith Holgerson, a freshwater scientist at Portland State University in Oregon, who conducted the study with her colleagues while she was a graduate student at Yale University.

If it weren't for the isotope ratios, the researchers would never have known how much difference the septic tanks were making, said Holgerson. Even the concentrations of nitrogen and phosphorus in the water couldn't reveal what was going on. People often measure these nutrients as a test of water quality, but when the researchers performed such tests, they found no difference in the concentration of the two elements in rural and residential ponds.

"The septic wastewater is adding these nutrients, but the nutrients are immediately being taken up by algae," said Holgerson. "If you were to go and sample your table after Thanksgiving when the food has already been consumed, that's almost what we were doing." The team published the findings last week in the Canadian Journal of Fisheries and Aquatic Sciences.

The phenomenon is probably widespread in parts of the country that don't have public sewer systems, said KathiJo Jankowski, a freshwater ecologist at the U.S. Geological Survey's Upper Midwest Environmental Sciences Center in La Crosse, Wisconsin, who was not involved in the study. While this is the first such study Jankowski knows of to focus on small ponds, Jankowski and others have found similarly high nigrogen-15 ratios in creatures that live in larger lakes and streams near human development.

It's not yet clear how the nitrogen from sewage is affecting organism health and ecosystem functioning in the Madison ponds, said Holgerson. "Does it matter if a frog is getting its nitrogen from human poop, or from soil and leaves?" she said. "We don't know."

But Jankowski pointed out that extra nutrients are known to harm many aquatic ecosystems. Nutrient pollution disrupts food webs by spurring excess growth of cyanobacteria, and it can sometimes trigger toxic algal blooms. Moreover, she said, wastewater from sewage has been found to contain pharmaceuticals and other chemicals that can disrupt animals' hormone systems.

People often move away from the big city and into less crowded neighborhoods because they want to be close to nature, said Jankowski. "We have to keep in mind that by moving out there, you're having these sorts of unintended impacts on the integrity of those ecosystems."