How low is too low?
Image 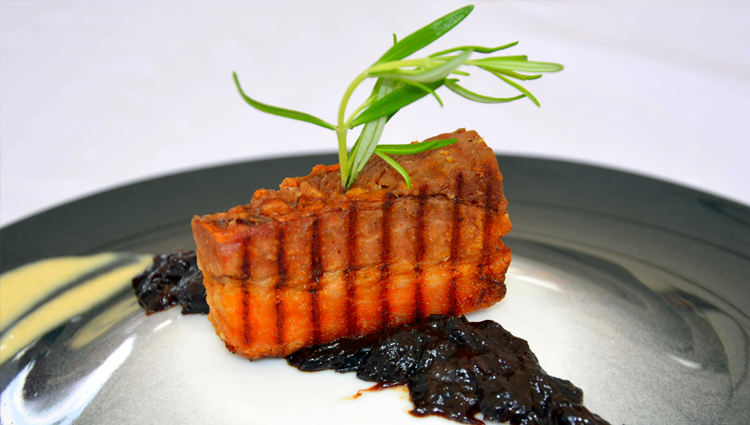 (Inside Science) -- For many people, there is nothing quite like a perfectly marbled, rare steak. Numerous cooking methods can produce this culinary nirvana, but one that is rapidly growing in popularity is sous vide.

Sous vide is a method of cooking in which food is sealed in an airtight plastic bag and placed in a heated water bath. The food cooks in the water for much longer than normal cooking times – sometimes up to 72 hours – and the cooking temperature is often lower than with conventional ovens.

The sous vide method eliminates this problem. Every food item, whether it is a humble chicken breast or a fancy Kobe Beef filet is perfectly and evenly cooked at a precise temperature for a precise amount of time.

The temperature control also allows chefs to experiment with the chemical changes of foods at different temperatures with more accuracy and immediate results.

So, what's the problem? The problem is that the sous vide cooking method allows for cooking at much lower temperatures than previously tested, and microbiologists can't say for certain how safe some foods – especially certain cuts of meat – are when cooked at these low temperatures.

Enter Sandra Stringer, a microbiologist at the Institute of Food Research  in Norwich, U.K. Stringer and her colleagues have taken on the considerable task of attempting to flesh out the safety of food items cooked in the temperature ranges popular to sous vide cooking. To do this, researchers must thoroughly understand what bacteria are doing at specific cooking temperatures and, ultimately, at what temperature they die – their thermal death rate.

"As microbiologists, we understand thermal death rates around 60 or 70 [degrees Celsius] and above, and we understand growth rates up to about 40 degrees [Celsius]. But in the middle, people have never really wanted to use that, so there's never really been much study," explained Stringer.

"Bacteria could either be growing or dying depending on the bacteria; it also depends on what food you're talking about, so then it gets quite complicated," said Stringer.

To fill the information gap, Stringer and her colleagues completed a preliminary feasibility study that investigated what would be involved in testing foods cooked at these temperatures and what the guidelines would actually look like once compiled.

Although they haven't yet developed firm guidelines, the final report from Stringer's team outlined several models that could be created to compare the behavior of bacteria in sous vide cooking to that of conventional cooking methods.

If they or someone else does the experiments, chefs -- and hungry foodies -- can look forward to knowing more about how to safely use the tasty technique of sous vide.