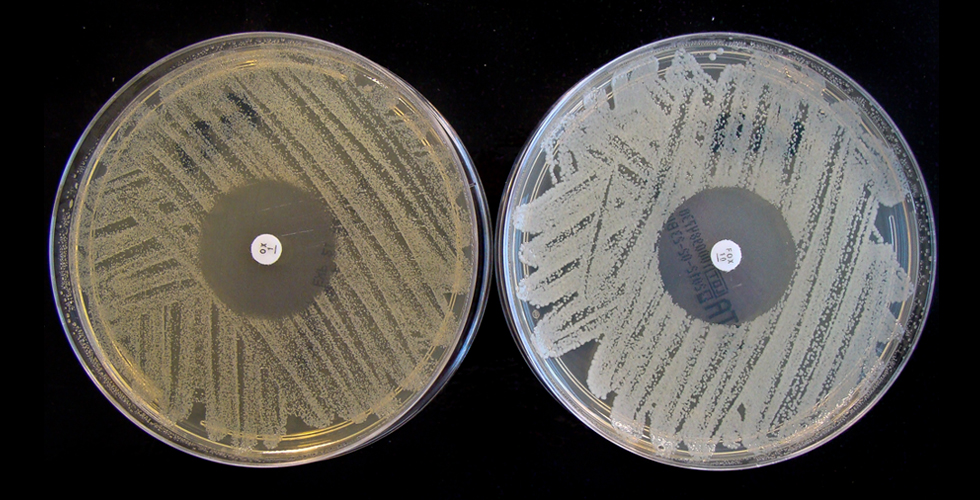 (Inside Science) -- A new map drawn by a team of biophysicists could point the way to better antibiotics. Rather than chart Earth's geography, the scientists mapped how fast bacteria with different genetic mutations reproduce and how they respond to varying doses of a drug.

Such a map could help drugmakers develop treatments that block bacteria's ability to evolve antibiotic resistance, said Terence Hwa, a biological physicist at the University of California, San Diego and a member of the research team. "If you're going to attack somebody you want to have a map so you can plan out routes of attack."

Antibiotic resistance is a growing public health threat in the U.S. and around the world. Drug-resistant bacteria sicken two million people and kill at least 23,000 each year in the U.S. alone, according to a 2013 Centers for Disease Control and Prevention report; far more die from such infections in other parts of the world. Researchers at pharmaceutical companies struggle to develop new antibiotics that can control resistant strains of Staph, tuberculosis and other pathogens.

When designing such drugs, researchers typically target wild bacterial populations. The resultant antibiotics often work until a small number of cells in an infected human or animal acquire a genetic mutation that enables them to survive and reproduce even when dosed with the drug. Over time, the mutated cells multiply while others die out. Eventually, the entire infecting population becomes resistant. If these cells then escape into the environment and infect other people or animals, the antibiotic can eventually become largely useless against a disease.

To better understand how such resistance evolves, a team led by Hwa and his former student Barrett Deris -- now a postdoctoral researcher at MIT -- studied how the antibiotic chloramphenicol affects the bacteria E. coli's reproduction rate. The drug works by shutting down non-resistant cells' protein factories. Because cells need proteins to survive, they respond by devoting more energy to repairing the factories and less to reproducing. At the same time, the cells begin building proteins that pump the drug out of the cell.

Deris wrote equations to describe how fast each of these processes occurs for different concentrations of drugs, and for different levels of the gene that codes for the antibiotic-removing pump. Graphing the solutions to these equations, he obtained a three-dimensional map resembling the mesa-studded landscape of the American desert Southwest, with a plateau giving way to a steep slope that levels out in a low-lying plain. The plateau represents combinations of drug levels and bacterial genes that allowed cells to reproduce and microbial populations to grow. The plain represents combinations that prevented cells from reproducing.

As antibiotic levels increased from zero, non-resistant bacteria quickly fell from the plateau to the plain. But the scientists discovered that cells with certain mutations in their DNA were able to build more pumps, clear the antibiotic faster and devote more energy to reproduction. These cells stayed on the plateau until the drug reached a higher concentration, after which they fell off abruptly; this indicated they had acquired partial resistance to the antibiotic. With enough beneficial mutations, bacteria became fully resistant and remained on the plateau no matter how much of a drug bath they received.

"This map is first of its kind in its ability to predict the growth rates of drug-resistant bacteria from first principles," Deris said earlier this month at an American Physical Society meeting in Denver. He and his colleagues tested different strains of E. coli and antibiotics similar to chloramphenicol, and found the resulting maps all took the same basic shape.

The study "gives insight into a very, very important problem that's affecting humans," said Michael Reddy, a program director at the National Institute of General Medical Sciences in Bethesda, Md., which partially funded the research. And because cancer cells can evolve resistance to chemotherapy in the same ways bacteria evade antibiotics, he said the results could also lead to new cancer treatments.

But Reddy notes that further research is needed to confirm whether similar maps can be made for other classes of microbes and drugs. Deris said he hopes others will use his work to do such studies.