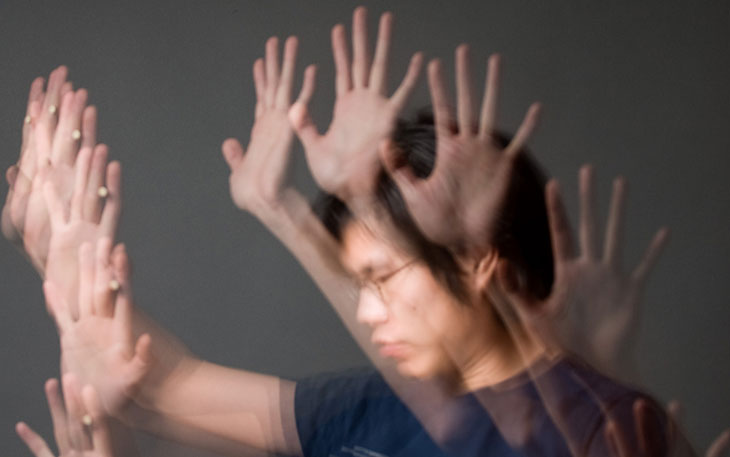 (Inside Science) -- Thank goodness for autostabilization, the digital camera feature that compensates for movement to achieve that crystal-clear, spontaneous selfie. But even more importantly in daily life, our eyes have an ancient form of autostabilization that prevents the world from blurring by. Skinny nerve cells called axons connecting the eye and the brain trigger tiny eye movements that stabilize our field of vision.

For the first time, scientists have identified the molecules that make sure these axons are wired to the exact regions of the brain. The findings could help us understand eye movement disorders and could one day help regenerate damaged nerve cells to restore sight.

Two complementary studies published May 7 in Neuron focused on nerve cells that correct for slow movements in specific directions: One paper focused on the horizontal direction and the other on the vertical direction.

Anytime you walk through space, images in your field of vision move across your eye, said Andrew Huberman, assistant professor of neuroscience at University of California, San Diego and co-author of both studies. Unlike the blurry images that result from taking a picture on your cellphone, your brain compensates by moving the eye to offset this visual slip, he says.

The brain generates eye movement after detecting light. Light waves zip through the air, bounce off objects and ricochet straight into our eyeballs. Eventually they hit a thin membrane at the back of the eye called the retina. The retina has millions of cells called photoreceptors that convert light into electric messages.

Special nerve cells, called retina ganglion cells (RGCs), deliver the messages from the retina down their long, skinny axons to the visual centers of the brain. In humans, millions of these axons are bundled up as the optic nerve before branching out to their neural destinations. The brain interprets the electric pulses as an image and voilà! We can see.

Different categories of RGCs are tuned to specific features of a scene, such as color or movement. The researchers studied a small category of motion detecting RGCs that help our eyes compensate for slow movements in the vertical and horizontal directions, said Alex Kolodkin, professor of neuroscience at Johns Hopkins University School of Medicine and senior author of one of studies. "You can be on a Ferris wheel and in this case, the visual field is moving up and down and you're essentially stabilizing the image in the vertical direction."

Scientists have understood where the RGC axons connect in the brain but we know very little about how the axons target these areas during embryonic development, said Kolodkin.

To figure this out, the researchers experimented with mice engineered with genes that make glowing, green proteins on the vertical and horizontal RGCs. This allowed the researchers to trace the neurons' pathway to the brain, said David Feldheim, professor of molecular, cell and developmental biology at the University of California, Santa Cruz. He was not part of the study.

The researchers identified the protein types that guide the RGCs to the exact brain location. Then, the scientists developed mice that lacked these essential proteins. Kolodkin’s lab tracked the eye movements of the mice as they watched lines move slowly vertically and found they were not able to make the correct adjustments. Huberman’s lab found the same, but by testing mice without the proteins specific to making the connections to track horizontal movements.

This is the first study that described the molecules responsible for guiding the axons from the retina through the maze of neurons to the exact brain location, said Feldheim.

The scientists hope their findings will help the treatment of eye disorders resulting from nerve cells wiring to the wrong brain region.

"You could imagine a scenario whereby someone has an injured visual system and they’re losing visual function and becoming blind," said Huberman. "Future gene therapy could deliver the specific genes to rewire and stimulate the growth of [RGCs] to the correct location."

Lisa Marie Potter is a science writer based in San Francisco, California. She tweets at @Lisa_M_Potter.