Strychnine is so difficult to make in a lab that chemists, including Nobel winners, have long competed to synthesize it more efficiently.
Image 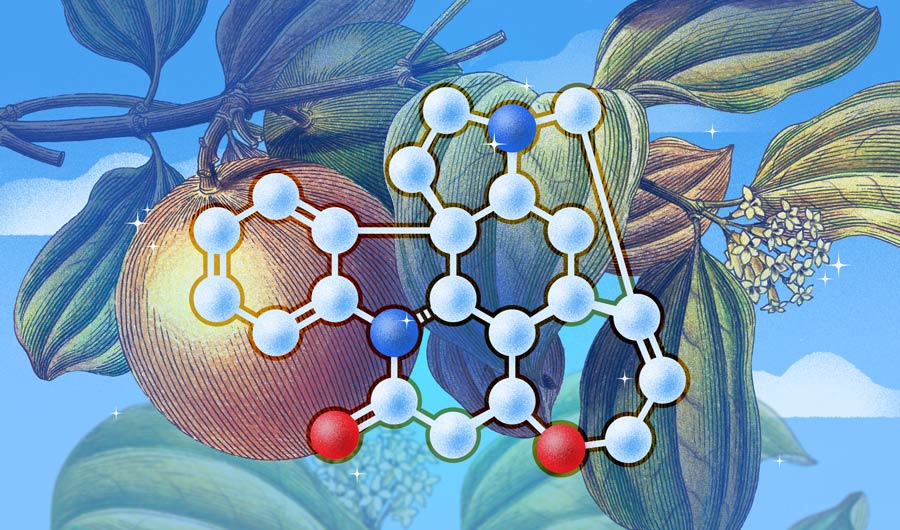 Composite of images from Shutterstock made by Abigail Malate, Staff Illustrator (Plant and the molecule).

(Inside Science) -- Strychnine is a substance commonly deployed to keep rodents away from your kitchen.

But a whole line of Nobel Prize winners -- this year's included -- care little about strychnine's use as rat poison. They are more focused on the strychnine molecule's complex structure.

"The synthesis of this naturally occurring material in the laboratory was viewed as a Mount Everest of chemical synthesis because it was just so hard," said Scott Denmark, a chemist at the University of Illinois at Urbana-Champaign.

But like other Nobel winners before him, MacMillan turned to strychnine as part of proving the efficiency of his synthesis methods.

Some plants create strychnine naturally. But organic chemist Robert Burns Woodward was the first to create a synthetic version of strychnine in 1954, which contributed to his winning the Nobel Prize in chemistry in 1965.

Woodward synthesized strychnine in 29 steps, building on the earlier work of another Nobel Prize winner, Robert Robinson. Ever since Woodward's achievement, chemists have been working to reduce the number of steps to make the complicated molecules.

"In a way you can consider [the 29-step method] the 4-minute mile," Denmark said, referencing the racing benchmark first beaten by British runner and neurologist Roger Bannister in 1954.

Spencer Jones, director of drug discovery at the pharmaceutical maker Eli Lilly and Company, noted that many chemists have turned to strychnine to prove the power and efficiency of new synthetic methods.

MacMillan developed his Nobel-winning methods for nearly a decade, for example, before applying it to synthesize strychnine.

Jones was a graduate student working with MacMillan at the time, and became the first author on the 2011 study they published in the journal Nature describing the synthesis of strychnine using only 12 steps.

Jones said that many chemists had tried to improve on Woodward's 29 steps since 1954. Some had tried different approaches and failed to speed up the process, he said, but more than a dozen had succeeded.

In fact, a study also published in 2011 reported the synthesis of strychnine in six steps. But that process also creates an unnatural mirror image of the molecule. For obvious reasons, strychnine wouldn't be made into a drug, but Macmillan's methods focus on the selective synthesis of a single mirror image of molecules -- a strategy crucial during drug creation.

As for Jones, he's "absolutely excited" that his former supervisor won the prize. "It kind of validates the work that we did," he said.

Meanwhile, the race to synthesizing strychnine ever more efficiently goes on. Denmark said the ultimate goal of synthesizing any molecule is to reduce the steps to one.