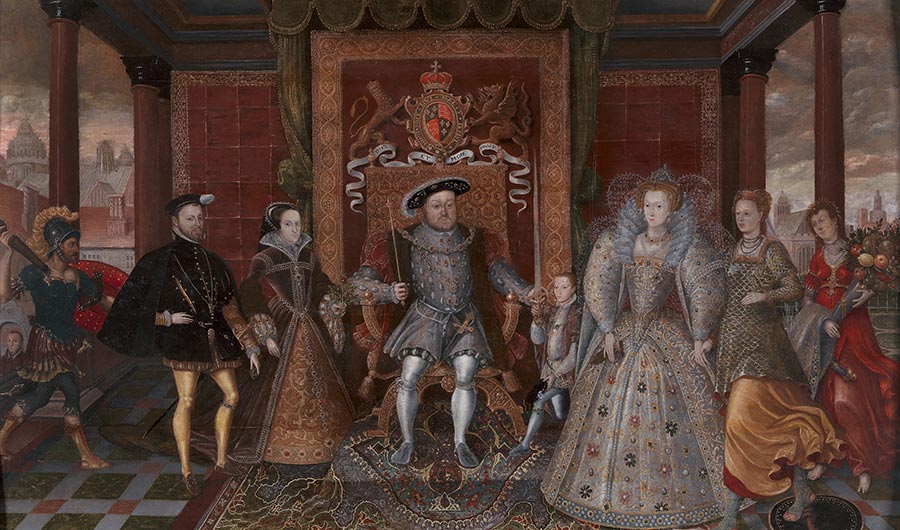 (Inside Science) -- In the late 15th century, a mystery disease broke out in England. Thousands died and terror stalked the land. The disease, called the sweating disease, now is only a figment of history and literature.

It may have altered history by killing Prince Arthur, the heir to the throne whose death ushered in the tumultuous reign of Henry VIII.

The disease remains one of medicine’s great mysteries. It came in five waves, and haunted Tudor England for 70 years before disappearing.

The Black Death of the late 14th century killed more people, as did the great influenza pandemic in the early 20th century, but the disease that struck Tudor England was just as terrifying. While science now understands the plague, science has only speculation to explain the sweating disease.

It was noted for its mortality rate, estimated at 30%-50%, and for its ferocity. You could start feeling ill before dinner and be dead by morning. The only solace was that if you survived for 24 hours, you would usually live. Thomas Cromwell, who was a chief advisor to Henry VIII, survived three bouts.

It was geographically limited to England and seldom made it across the border to Scotland, Wales, or across the sea to Ireland. There were a few cases in Europe.

Unlike most diseases, it seemed to attack the young, healthy and rich, as opposed to others that tend to afflict primarily the very old, very young or poor.

It began with fever and pains in the neck, back, and abdomen, followed by vomiting. The victims suffered extremes of chills and fever. It usually ended with a profound sweat suffered by victims just before their deaths. The sweat was noted for its ghastly smell, hence the disease’s name.

The Holinshed’s Chronicles of 1557 described it as “so sharp and deadly that the lyke was never hearde of to any Manne’s remembrance before that time.”

Where it came from is one of the mysteries. In 1485, the outbreak could have been linked to the Battle of Bosworth Field which ended the War of the Roses. French soldiers may have brought it to the battle in which Henry Tudor overthrew the Plantagenet Richard III. Richard was depending on reinforcements from an ally, Lord Stanley, but Stanley’s army showed up too late. Stanley blamed an outbreak of the sweating disease. Richard lost.

Following the victorious return of Henry’s army to London, the disease broke out. It killed 15,000 people in six weeks.

In 1502, Prince Arthur Tudor, the son of Henry VII and heir to the English throne, died, months shy of his 16th birthday, possibly of the disease.

He had married Catherine of Aragon, the daughter of Ferdinand and Isabella of Spain the year before. The beautiful Spanish princess had already attracted the fascination of Arthur’s brother Henry, who would later become Henry VIII. He married Catherine in 1509.

Henry and Catherine had a daughter, Mary, but no surviving sons to follow Henry on the throne, and there was no precedent for a ruling queen. Henry became infatuated with a courtier, Anne Boleyn, and asked the pope for a divorce, impossible under canon law. Rejected by the pope, he broke with Rome, created the Church of England, and named himself head of it. After Anne also did not produce a male heir and was later beheaded after being charged with treason and adultery.

Did the long-forgotten disease kill Prince Arthur? Scientists and historians are left with few clues.

“Arthur may have died of sweating sickness as it appears that Catherine was also unwell at the same time, but I haven't found definitive proof of it,“ said novelist and historian Claire Ridgway, who has written about the drama. Anne came down with sweating sickness in 1528 but survived it, along with her brother and father.

“I think that an important general point would be that all levels of society, from the poor to royalty, were vulnerable to epidemic diseases in this period, and if royal and aristocratic people succumbed, this affected political situations,” said Elma Brenner, a historian at the Wellcome Library in London. “The sweating sickness apparently especially affected young men, which was significant because at the upper levels of society these were the future ruling elite.”

To try and solve the mystery, scientists exhumed Arthur’s body in Worcester Cathedral in 2002 to see if they could find clues. They could not.

Neither the pathogen nor the way it was transmitted has been identified. It is possible the disease spread because of changes in English society that followed the end of the War of the Roses, the cooling climate during that period, or the fact that with prosperity and expanding construction came rats and mice.

“At that time things were changing and they started to cut down the woods on a large scale, so they may have encountered something," said Yosi Rimmer, a medical historian at Maccabi Health Services in Haifa, Israel, who also has researched the history.

“My best guess is they found a virus in the woods.”

As to where it went to, Rimmer thinks it didn’t disappear, it mutated. The last wave had a much lower death rate and the affected population was different from the first.

Some of the symptoms match the flu pandemic of 1918, coming in waves over two years and then disappearing. But most experts don't believe the sweating disease was the flu.

Others suggest an outbreak of anthrax. In the case of Prince Arthur, it also could have been a form of tuberculosis, then called “consumption.”

Viruses that may have been similar could have caused other epidemics, such as the Picardy Sweats, which hit part of France in the 18th century, and more recently, a disease of unknown origins that hit the Navajo reservation north of Gallup, New Mexico, in 1993.

Researchers at the Queen Astrid Military Hospital in Brussels listed similarities to hantavirus in an article in 2013, asserting it was a form of hantavirus.

No one knows for sure. Meanwhile, according to an English folk song, with her head held underneath her arm, the ghost of Anne Boleyn still stalks the bloody tower.

(Editor's Note: Shortly after this story was published we corrected and clarified the description of the order of historical events involving Henry VIII and Catherine of Aragon. We regret the error.)