The discovery of a gene that helps female mosquitoes make healthy eggs could lead to a new way to fight the disease-spreading insects.
Image 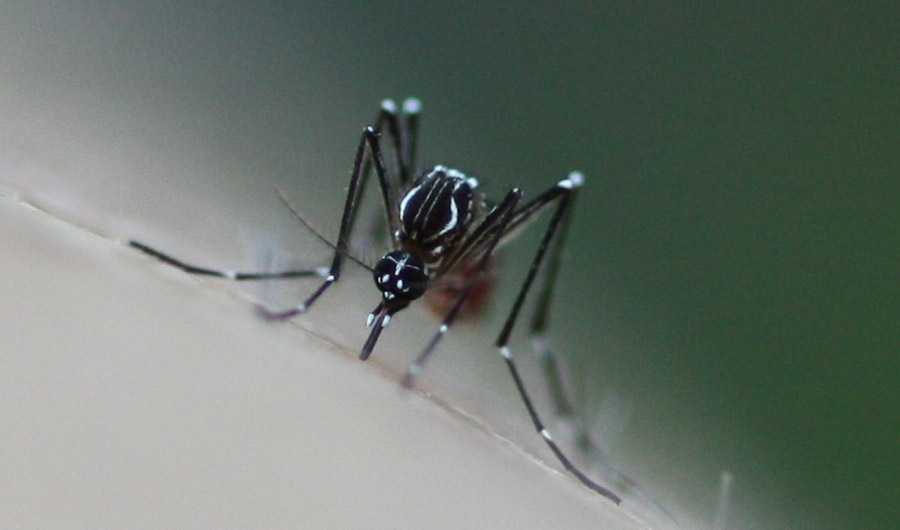 (Inside Science) -- Scientists searching for environmentally friendly ways to fight the menace of mosquitoes may want to consider a new type of pesticide, according to a new study. Mosquitoes are more than an annoyance at summer picnics -- the World Health Organization has estimated the insects kill several million people each year by transmitting diseases such as malaria and yellow fever.

A common way to fight mosquito-borne illnesses in places where there can be high rates of transmission, such as the tropics, is to spray insecticides around living areas or drape insecticide treated nets over beds. The substances usually kill adult mosquitoes on contact by preventing the insects' nerve cells from firing properly. However, the insecticides can sometimes harm beneficial insects too, and they are becoming less effective because mosquitoes are evolving resistance.

Now a team of researchers from the University of Arizona in Tucson and San Jose State University in California has proposed a new insecticide strategy: mosquito birth control. The team has identified a gene -- named eggshell organizing factor 1, or EOF1 -- that appears essential for female mosquitoes to form viable eggs. When the team bred female mosquitoes that had the function of the EOF1 gene disrupted, the insects laid eggs that often lacked the usual dark coloring and could be misshapen and fragile. Almost all of the eggs from these females failed to hatch.

The researchers believe the EOF1 gene codes for a protein that may serve a role in controlling the levels of other proteins necessary for egg formation. Importantly, the EOF1 protein is unique to mosquitoes, meaning an insecticide that targets the protein should be less likely to harm other living creatures. Also importantly, the research suggests that blocking the function of the EOF1 protein prior to a female mosquito's very first blood meal could prevent her from laying viable eggs her entire life, serving as a sort of permanent sterilization.

"To our knowledge, EOF1 is the first mosquito-specific essential protein to be characterized in detail," Jun Isoe, a biochemist at the University of Arizona and member of the team, wrote in an email to Inside Science. Mosquito-selective insecticides could complement other approaches to mosquito control and provide additional tools in the arsenal to fight mosquito-borne human pathogens, he wrote.

The research was published today in the journal PLOS Biology.