Around the world, physicians at overwhelmed hospitals may have to decide who will not get treated during the pandemic.
Image 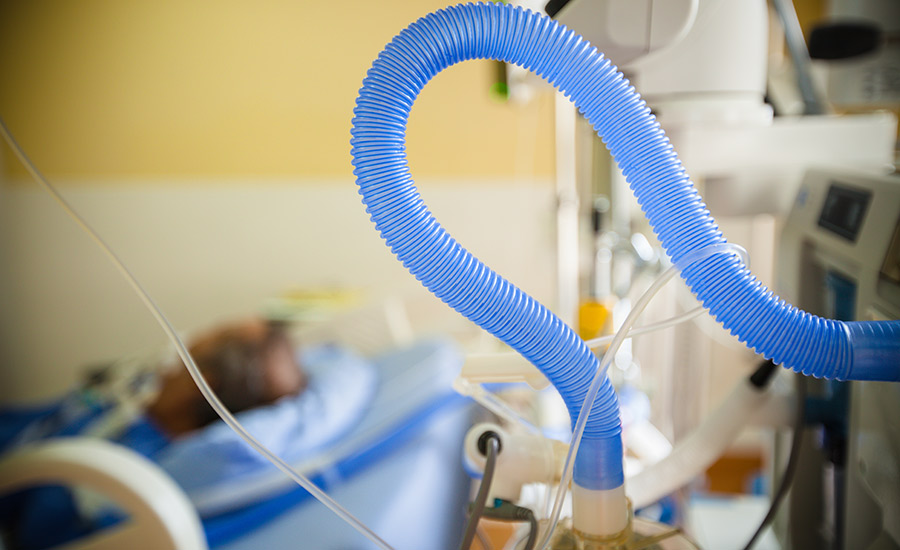 (Inside Science) -- For almost a month, Lombardy, the prosperous, mountainous section of northern Italy, has been the world’s hotspot for COVID-19, the severe respiratory pandemic now raging in cities like New York and around the globe.

The Italians were unprepared. So is the U.S.

Italy’s excellent universal health care system is now in danger of crashing. Doctors there are facing stunning existential decisions: Who will they treat, and who will they let die? Hospital capacity is overwhelmed and medical staff are falling ill from the virus. They simply can’t treat everyone.

In a pandemic, the standard rules of medicine no longer apply, and health care providers in the U.S., including those in Detroit and New York, either are now facing or may soon face the same conundrum.

The pandemic hit Italy quietly. On Jan. 30, a Chinese couple from Wuhan were admitted to a hospital in Rome that specializes in infectious diseases. The authorities identified the disease and quickly acted to ban any flights from Wuhan to Italy.

Italians in Wuhan were repatriated home and a few of them were also found to have the virus. Not much was made of the finding because the original site of contracting the virus was easily identified.

About three weeks later, Giulio Gallera, Councilor for Welfare in Lombardy, announced that Mattia, a 38-year-old Italian from the region had been hospitalized for pneumonia and tested positive for the coronavirus. He had not been to China or in contact with anyone who had. The virus was loose in the region.

As of March 27, the Johns Hopkins Coronavirus Resource Center reported that Italy had recorded 86,498 cases of COVID-19 infection and that 9,134 people had died.

In mid-March, Italy had approximately 6,000 intensive care beds, a number reached in part by switching regular hospital rooms to ICU rooms and hospital beds to ICU beds, a process that takes several hours and sometimes days. The country aims to increase ICU capacity to 9,000 beds. Many more people may need hospitalization in Lombardy alone.

Ventilators are crucial to saving desperately ill patients. Doctors use these mechanical breathing machines when a patient is unable to breathe enough on their own. When a ventilator is removed from a patient who has not recovered, the patient can suffocate. At some hospitals, staff are attempting to alter other devices to make more respirators, such as repurposing SCUBA masks and adapting tubing to use one ventilator for more than one person, among other techniques.

In one of the first large-scale studies of the characteristics of the coronavirus in Wuhan, 5% of patients required the intensive care unit, and 2.3% required ventilation. When the number of patients who need care exceeds the capacity of the health care system to provide that care at the medically advisable level, the only immediate solution is rationing.

Fifty years ago, doctors in the U.S. could be charged with crimes for rationing health care, said Thomas Raffin, former associate director of the intensive care unit at Stanford University hospital and a bioethicist. It was considered murder or manslaughter. Treating everyone equally was a matter of law and ethics. Even when survival chances were uncertain, the ethical and legal mandate was to continue treatment.

The use of the word triage (a French word) in medical contexts comes from the military in the 19th and early 20th centuries. During wartime, injured solders brought into a hospital were quickly categorized into three groups: the ones who obviously could be saved, the ones who had 50-50 odds, and those who probably couldn’t be saved. The first group got immediate treatment, said Raffin. The third category was left to die.

Triage for patients admitted to hospitals is typically necessary only when medical resources are limited.

What the Italian doctors describe is a lowering of standards, said Maurizio Cereda, professor of  critical care at the hospital of the University of Pennsylvania. If the hospital is short on resources, it is entirely possible that someone brought in with a heart attack or appendicitis may not receive treatment or may not be treated as well as they otherwise would. The same thing can happen with COVID-19 patients. Cereda said it is happening now in Italy, where heart attack patients sometimes die for lack of attention.

“They are not able to be rescued because of a lack of equipment.

One way to ease the ethical problem for physicians is to use committees to make the decisions, taking the burden off individual doctors. In Italy, a set of rules newly formulated by the Italian College of Anesthesia, Analgesia, Resuscitation, and Intensive Care (SIAARTI) gives external support for the decision. Physicians can then follow the guidelines.

The allocation criteria need to guarantee that those patients with the highest chance of therapeutic success will retain access to intensive care, the guidelines say. They then set an age limit, though it’s not a hard and fast rule -- the physical condition of the patient would factor into it -- and came up with the age of 70. Patients over 70 could be unlikely to pass selection when the demand for ICU beds is too high. Hospitals would center their treatment on those patients who would live longest. This may sound cruel, but the alternative, the document argues, is no better.

In American hospitals that become stressed, similar rules or guidelines will likely apply. If there is a 25-year-old cancer patient and a 60-year-old in good health, the hospital might choose the 60-year-old, said Arthur Caplan, professor of bioethics at the Grossman School of Medicine at New York University.

“So it’s not just age, but age usually correlates with the likelihood of benefit.” said Caplan.

Researchers at Harvard and Boston Children’s Hospital, in an article in the New England Journal of Medicine, wrote that “the angst that clinicians experience when asked to withdraw ventilators for reasons not related to the welfare of their patients, should not be underestimated -- it may lead to debilitating and disabling distress for some clinicians.” They suggest a committee make the decision.

Who is going to tell the family? The Italian guidelines suggest that be done by volunteers or members of a triage committee and not the attending physician.

These kinds of rationing approaches have rarely been seen in the U.S. since 1918 when a flu pandemic killed about 50 million people around the world.

Yet as COVID-19 cases continue to soar, American hospitals are staring in the face of impending shortages of equipment and personnel. American doctors will likely face the same agonizing choices that have been necessary in other countries facing the pandemic.

“We’ve been doing a lot of educational webinars with residents, medical students, staff, ICU directors,” said Caplan. “I’m not sure it’s going on everywhere around the country. I know many hospitals are scrambling to put together policies and committees. I think we're a little ahead of the game at NYU, partly because we’re a hospital of last resort.

“I don’t think any hospital is fully prepared. I think planning was just inadequate.”

Spain is now catching up to Italy with cases. “And so," Cereda said, “are we.”