Canadians are changing how they say words -- and so are many Americans. 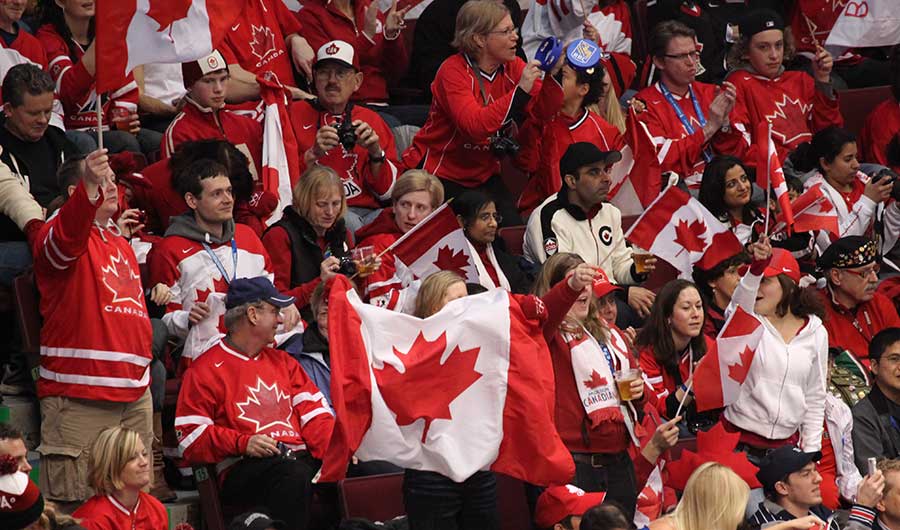 (Inside Science) -- You can always tell when you are speaking to a Canadian when they get to words like “about,” which comes out “aboot.” Eh?

Perhaps not for long. Canadian speech is changing in what linguists call the Canadian Vowel Shift, and the same thing seems to be happening south of the border too, around the U.S. Great Lakes and the American South. Hardly anybody noticed.

The first recognition something was happening in Canada was in a paper published in 1995, when linguists at Newfoundland’s Memorial University, led by Sandra Clarke, documented the changes.

They called it a vowel shift because when people stop speaking a vowel in a word, another vowel shifts into the same place, according to Paul De Decker, one of the Memorial linguists.

The shifts might have been obvious if anyone was looking. Linguists who went back to listen to an Air Canada safety video from 1986 found that “Canada” was pronounced as it was spelled, but the airline’s film now pronounces it “Cahnadah.” Canadian astronomers will now say they study the “Melky Way,” while ordinary people gazing at the heavens may “wesh” upon a star. Other examples include “fresh” becoming “frash,” “slept” becoming “slapped,” “head” becoming “had,” and “hell” becoming “hal.”

De Decker has a 2000 paper called “Slept Through The Ice: A Further Look At Lax Vowel Lowering In Canadian English.” He is beginning a study of bilingual Canadians in the fall, seeing if there is a difference between English-speaking Canadians and Francophones. There has been no research on the shift in French-speaking Canadians, De Decker said.

Essentially, people move words around in their mouths, from the front to the back, from the tongue toward the roof, or reverse. The change usually happens in very small increments, De Decker said, and is hard to detect. Most Canadians seem unaware of the change, although it is happening to most, particularly around the cities.

Linguists refer to a “cot-caught merger,” in which the sounds in the middle of the two words started to sound the same. This apparently exists in half of the U.S. and all of Canada. The same thing is happening as “bat” and “bet” begin to sound the same.

No one knows where or when it started, but the Memorial linguists believe the Canadian shift is urban in nature and was first noted in the province of Ontario and around Toronto. It has spread across generations, but it is still mostly concentrated in urban centers as disparate as Toronto in the East and Vancouver, British Columbia in the West. No one knows how many people are involved, De Decker said, although linguists continue to track the changes.

They found some similarities with California’s Valley Girl speak, which may have come from young Canadian women who wanted to sound Californian to be trendy, he said.

“English, in its entire history, has undergone these change shifts in vowels where vowels move in the mouth,” said Joe Salmons, professor of linguistics at the University of Wisconsin-Madison and director of the Center for the Study of Midwestern Cultures. Consonants usually require more precise articulation, so they are less affected than vowels.

In some cases, it is the difference between moving the sound toward the front or the roof of the mouth. In Canada, the vowels are getting lower and further back in the mouth, merging the vowels “pit,” “pat” and “pet.”

Another vowel shift is happening just south of the U.S.-Canada border, in an area running from Buffalo, New York, to Madison, Wisconsin, said Tom Burnell, professor of English at the University of Wisconsin. This so-called Northern Cities shift involves some 34 million people, a whole series of vowels that move in the opposite directions of the Canadian, he said, higher in the mouth.

In the northern shift, “god” is “gad,” “slipped” becomes “slapped,” and “sorry is ”sarry,” so a sentence might be “oh gad, sarry to say she slapped on the stairs.”

A shift in the American South, particularly in the mountains, is closer to what is happening in Canada, Salmons said. A backyard farmer in Alabama may call his purple root vegetables “baits” instead of “beets.” While the Southern shift is found widely across the South, it is receding in urban areas, Salmons said.

De Decker believes one of the reasons for the shift in Canada was Canadian tolerance of immigrants in their society.

In the case of the Northern Cities shift, there may be a historic event that triggered the change.

William Labov, professor of linguistics at the University of Pennsylvania in Philadelphia, who first reported the Northern shift in 1972, has written that when the Erie Canal was built in the early 19th century in upstate New York, workers from all over the world came as laborers. In the process of communicating, for instance, the “a” sound moved up and forward in the speakers’ mouths in short words, and that started the slow trend to the shift.

Shifts can be local. Labov has found that “the dialects of New York, Philadelphia, Detroit, Chicago, St. Louis, Dallas and Los Angeles are now more different from each other than they were 50 or 100 years ago. It is a dynamic process.”

Some linguists say that English changed from the 14th through the 18th centuries because of the Great Vowel Shift. Twenty-first century theatergoers transported to Shakespeare’s time would not understand a word of Hamlet, Salmons said. For instance, “hoose” from the 16th century later became “house.”

Linguists know that languages change constantly so the vowel shifts are not unusual or unexpected. If a traveler from the 25th century visited us today, they would probably not understand a word of modern musical sensation Hamilton. 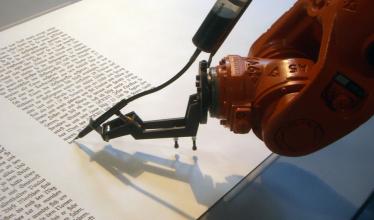 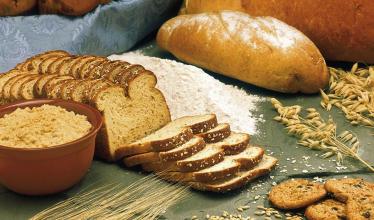 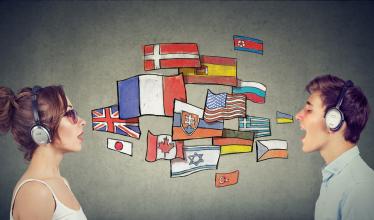 This Is Your Brain on Grammar

Researchers Study Violinists To Learn How Humans Act in Synchrony
Alligators May Be Able to Survive Venomous Snake Bites
New Theory Says We’ve Been Wrong About How Bubbles Pop
Crustacean Genes May Solve Debate Over How Insects Evolved to Fly
Some Beetles Survive Being Eaten, New Study Finds
END_OF_DOCUMENT_TOKEN_TO_BE_REPLACED

COVID-19 Vaccine, Sharks and Mezcal
Crabs Use Belly Sounds To Communicate
Touring The Trinity Test Site
Protests, A Retracted Paper, and a Super-Earth Planet
Why Is an Empty Shampoo Bottle So Easy To Knock Over?
END_OF_DOCUMENT_TOKEN_TO_BE_REPLACED