New research shows the cross-wiring of senses, called synesthesia, may be experienced by infants. 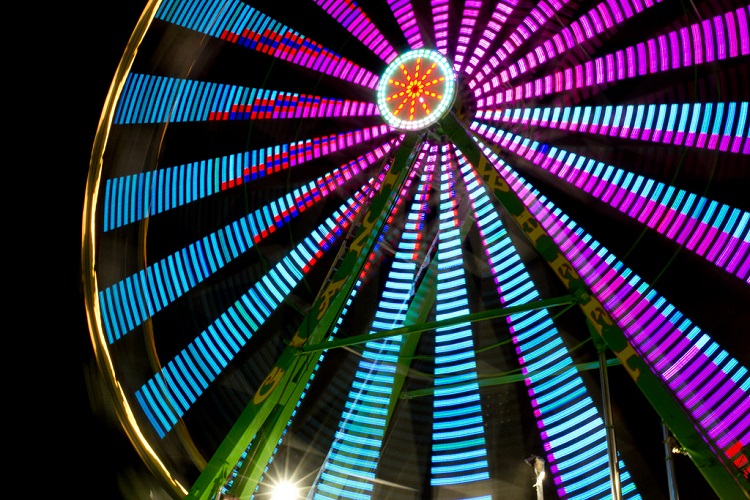 (Inside Science) -- Famed violinist Itzhak Perlman sees a deep forest green whenever he plays a B-flat on his Stradivarius' G string. The A on the E string is red.

For Perlman, the connection between music and color is not a metaphor. When he plays an A, he sees red the same way the rest of us see white when we look at snow.

This trait is called synesthesia, and recent research suggests that all humans may have experienced it as infants. For adults, it involves a rare cross-wiring of the brain, so that stimulating one sensory or cognitive pathway automatically and involuntary stimulates another.

"It is not an add-on. Synesthetes experience two sensory stimuli at once," said Maureen Seaberg, a synesthete who wrote a book called "Tasting the Universe" on the subject.

Nor is synesthesia limited to music and colors. Researchers have identified more than 50 types. Seaberg, for example, has grapheme-color synesthesia, in which each letter of the alphabet has its own distinctive color. Others have ordinal-linguistic personification, where numbers and days of the week have distinct personalities.

Oscar-winning actress Tilda Swinton tastes words. The word "tomato" tastes lemony to her, while "table" evokes cake. According to Seaberg, word-tasters like Swinton “are the only ones who ever express any discomfort with synesthesia, since not every word tastes like cake.”

Seaberg remembers that as a child, she asked her mother why the letter A was always yellow. Her mother answered that she must have memorized it that way in class.

"That was a pretty good answer for the time, but what was more perplexing was why I saw the days of week and the months in color," Seaberg recounted.

She asked other adults and quickly realized it was better to remain quiet. "I spent the vast majority of my life keeping it a secret," Seaberg said.

Synesthesia has been known for thousands of years. The ancient Greeks speculated about it, and so did Isaac Newton. The first medical paper appeared 200 years ago, and it was widely studied over the next 100 years. The rise of behaviorism, which sought to make psychology more scientific by studying measurable behaviors rather than personal experiences, ended those investigations.

Then, in 1980, neurologist Richard Cytowic began studying synesthetes. He predicted that a stimulus that would ordinarily activate one sensory pathway in the brain would light up two areas in synesthetes. Brain imaging in the 1990s proved him right.

Seaberg discovered the name for her trait in a bookstore, when she noticed a very colorful copy of Cytowic's book, "The Man Who Tasted Shapes."

"When I started reading the inner flap, I finally had a name for what had been going on all my life," Seaberg said.

Although only 1-2 percent of the population experiences synesthesia, most researchers in the field believe all infants are synesthetes early in life.

Babies' neurons begin proliferating wildly as soon as they are born, forming many random connections, explained Karen Dobkins, a professor of psychology at University of California - San Diego.

Within a few months, as infants begin to recognize shapes, sounds, and tastes, they trim away the connections they no longer need. Researchers hypothesize that synesthetes retain some of those early connections.

This hypothesis is not easy to prove. "You can't ask babies directly if they are seeing colors when they look at shapes," Dobkins remarked. She and graduate student Katie Wagner developed an experiment to tease out the truth.

First, they created two identical images of black-lined triangles. They reasoned that if the infants truly experienced synesthesia, their minds would automatically color in the triangles, the way some adults color in letters.

They placed the two images side by side, one over a red background and the other over a green background. They showed the images to 15 two-month-olds and measured how long their eye stayed on each image. Then they tried the same experiment using circles instead of triangles.

"If the shape didn't matter, you would expect their eyes to spend the same amount of time on the red triangles as the red circles," Dobkins said. Instead, the amount of time varied by 12 to 14 percent, depending on what shape was on the color. The researchers believe the preference was due to the contrast between the background and the colors the infants' minds perceived inside the shapes.

The difference was greatest in two-month-olds. It faded in three-month-olds and disappeared in eight-month-olds and adults. While the experiment does not prove definitively that two-month-olds experience synesthesia, it offers tantalizing clues about how the brain develops and how this seemingly rare condition might be something we all experienced as infants.