Drought-tolerant ingredients and local sourcing of brewing containers meant the beer could flow even in tough times.
Image 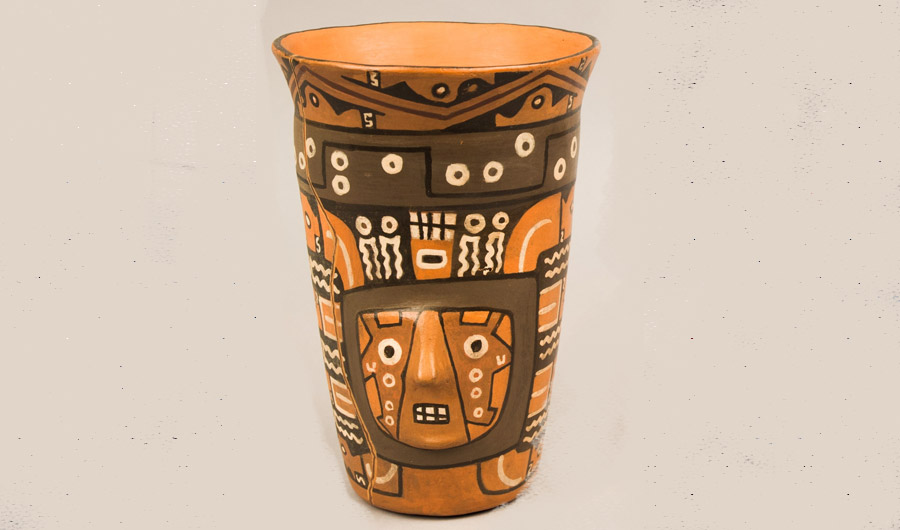 (Inside Science) – A reliable supply of beer made from pepper berries may have helped keep the first empire of the Andes together for centuries, a new study finds.

Roughly a thousand years ago, before the rise of the Inca, the Wari empire stretched across Peru. At its height, it extended about 1,380 kilometers along the coast of Peru, about the same as the distance between Washington, D.C. and Miami as the crow flies.

The Wari made a light, sour kind of beer named chicha, which they drank recreationally, but which also played an essential role in ritual performances and political gatherings as a libation "offered to their ancestors," said study co-author Donna Nash, an archaeologist at the University of North Carolina at Greensboro.

Chicha was only good for about a week after it was made, so it could not get shipped offsite -- people had to come to drink it. At festivals, elites would drink the concoction dispensed from ornate meter-high ceramic vessels decorated to resemble Wari ancestors and leaders, and people would reaffirm their allegiances to these lords and maybe bring tribute and pledge loyalty to the Wari, the kind of event that likely helped cement the empire together, said study lead author Ryan Williams, an archaeologist at the Field Museum in Chicago.

To learn more about chicha's role in Wari society, Williams, Nash and their colleagues analyzed ceramic potsherds from an ancient brewery located at the Wari site of Cerro Baúl on a high mesa in the mountains of southern Peru. They used lasers and mass spectrometers to help analyze the composition of the brewing containers and serving vessels there, as well as the organic residues left on them.

The scientists found the chicha was made with the berries of the Peruvian pepper tree Schinus molle, a plant that needs much less water than the corn most often used to make chicha today. The ceramics were also made of clay from nearby. Both these renewable local resources would have supported a steady beer supply -- even if a drought made it difficult to grow many crops or disruptions of trade routes made it a challenge to get clay from far away.

The researchers suggested that a reliable, sustainable supply of chicha helped keep the Wari empire stable. "Local sourcing based on large, shared ideas can provide political unification over centuries," Williams said. They detailed their findings April 18 in the journal Sustainability.