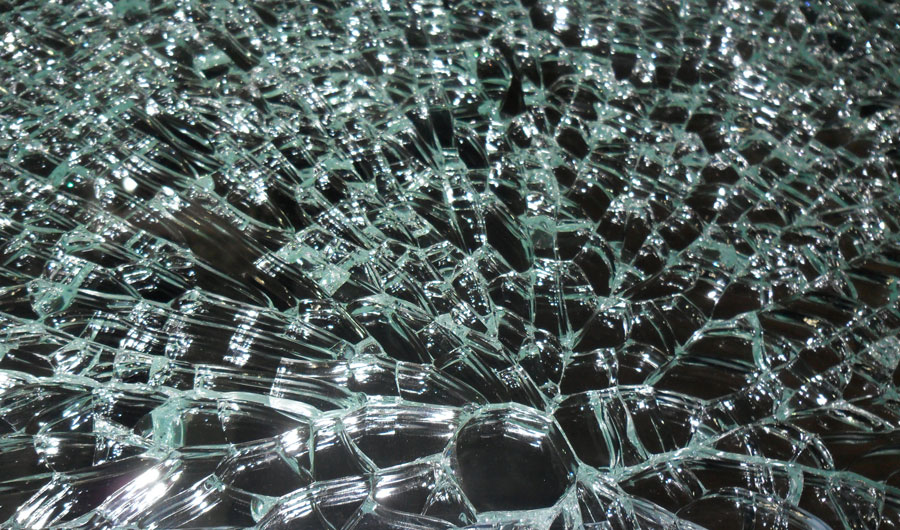 (Inside Science) -- Researchers from Oak Ridge National Laboratory in Tennessee have found a way to make lithium-ion batteries more resilient against mechanical failure. The prototype battery, inspired by safety glass, can crack and splinter when damaged, preventing an otherwise full-scale short circuit. The researchers published the discovery online today in the journal Joule.

Short-circuited, lithium-ion batteries can lead to dangerous runaway reactions and even result in explosions -- you may remember the exploding Samsung Galaxy Note 7s. The batteries are also known to start fires in electric cars when the batteries themselves are damaged, for example, during car crashes.

By cutting slit patterns into a flat battery, the researchers created a prototype that is designed to fracture along perforated lines when damaged. The breaks aren’t catastrophic, so the battery can continue working. The researchers tested the prototype by puncturing it with a dart, and found that it maintained 93 percent of its capacity. The same test for a nonperforated battery resulted in total failure.

The researchers claim that the new technique should only add a small amount to the overall production cost of the batteries. While initial results are hopeful, the researchers caution that more extensive testing is needed before “safety glass” batteries make it into your smartphone.

Researchers Study Violinists To Learn How Humans Act in Synchrony
Alligators May Be Able to Survive Venomous Snake Bites
New Theory Says We’ve Been Wrong About How Bubbles Pop
Crustacean Genes May Solve Debate Over How Insects Evolved to Fly
Some Beetles Survive Being Eaten, New Study Finds
END_OF_DOCUMENT_TOKEN_TO_BE_REPLACED

COVID-19 Vaccine, Sharks and Mezcal
Crabs Use Belly Sounds To Communicate
Touring The Trinity Test Site
Protests, A Retracted Paper, and a Super-Earth Planet
Why Is an Empty Shampoo Bottle So Easy To Knock Over?
END_OF_DOCUMENT_TOKEN_TO_BE_REPLACED