Rainstorms deposit sediment that hampers the effects of sunlight on lakes and rivers.
Image 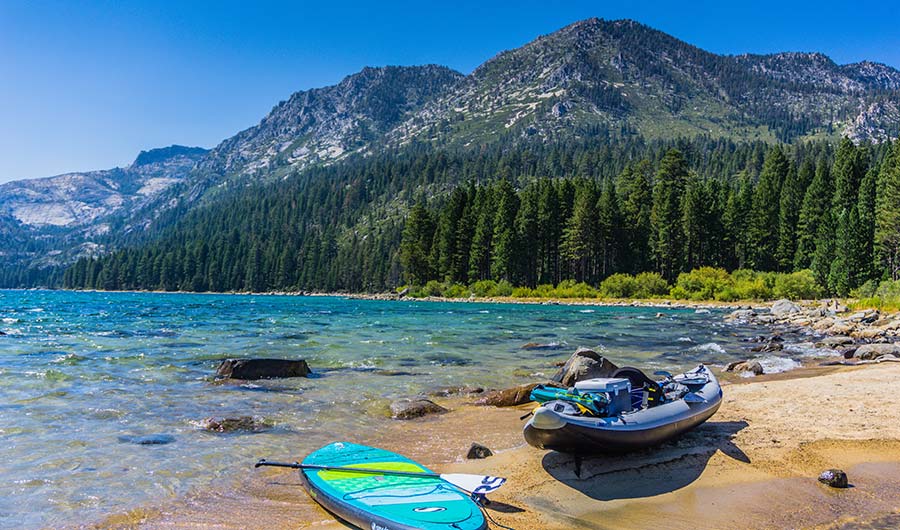 (Inside Science) -- Sunlight glistening on rippling water is one of nature’s most beautiful phenomena. It also is a sign of a healthy planet, but new research suggests that its hidden benefits may be diminished, thanks to climate change.

The ultraviolet light in sunshine is a disinfectant, killing pathogens that cause disease in humans and animals. “It is the primary disinfectant in nature,” said Craig E. Williamson, an ecologist at Miami University, in Oxford, Ohio.

One day of summer sun can significantly reduce populations of even the most stubborn waterborne viruses.

But changes in climate that produce more extreme weather, like more frequent and violent rain storms, can cloud rivers and lakes, rendering sunlight less potent against blooming microbes. This could increase the chances of waterborne disease epidemics, according to Williamson and a team of American and Australian scientists in a paper published in the journal Scientific Reports.

After rain falls, it drains into lakes, rivers and the ocean, carrying with it dissolved organic material. The process is called browning. The heavier and more frequent the rain, the greater the browning.

Brown water absorbs the short wavelength, DNA-damaging ultraviolet radiation in sunlight, preventing it from killing waterborne pathogens and reducing its potential to disinfect the water.

In Lake Tahoe, between California and Nevada, the water is so clear the damaging ultraviolet waves can go down as far as 100 feet. In the Great Lakes, which provide drinking water for tens of millions of Americans, the waves are absorbed much closer to the surface, the scientists wrote.

Williamson and his colleagues wrote that human activity plays a role in the effectiveness of the process. Even in Lake Tahoe, ultraviolet radiation kills fewer pathogens in places where there is considerable activity, compared to the famously clear center of the lake.

Weather can also affect the process, especially for the Great Lakes. As an example, in June 2011, a heavy rain storm greatly increased the amount of organic matter flowing into Lake Michigan from Wisconsin's Manitowoc River. Measurements made at Red Arrow Beach along the lake after that event showed a 70 percent increase in the dark matter.

Not all of the pathogens would be removed by water treatment systems. Almost two decades earlier, on April 5, 1993, an outbreak of intestinal disorders hit the city of Milwaukee, which gets its drinking water from Lake Michigan. The first sign of a problem was when hospitals reported that so many of their employees were calling in sick they were having trouble caring for patients. Anti-diarrhea medicines were selling out in drug stores. There were reports of cloudy tap water.

In the end, 403,000 were stricken and the economic cost to the area reached $96 million. Sixty-nine people died, mostly those suffering from compromised immune systems.

The cause was traced to a parasite, Cryptosporidium parvum, which resists chlorine. The outbreak was one of the largest waterborne epidemics in American history. Milwaukee and other cities, including New York City, have upgraded their water systems at a cost of billions of dollars to simulate ultraviolet disinfection to prevent a reoccurrence.

Oddly, droughts are good for reducing pathogens in bodies of water. There is much less rain and runoff and what water is left in the lakes and reservoirs tend to be clearer and the UV radiation penetrates deeper, Williamson said.

One researcher who specializes in inland lakes in Michigan and Indiana, Meghan Duffy, an environmental ecologist at the University of Michigan in Ann Arbor, studies the effects of browning by putting vials of water just below the surface to reveal the relationship between the organic matter in the water and the survival of pathogens.

Half the vials are covered with tape so they stay dark and receive no ultraviolet light. The other half are clear.

"You can see differences between population of the pathogens and also the species [of pathogens] in terms of how well they survive," she said.

The northeastern U.S. and Europe are having the most notable effects of the browning.

“It’s very clear that our lakes are changing,” Duffy said.

Editor's note (November 10, 2017): The description of Meghan Duffy's experiment has been altered for clarity and accuracy. 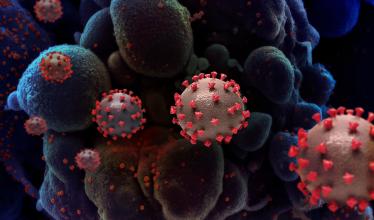