Scientists found that some early commercial lithium batteries held up pretty well after about 35 years in storage. 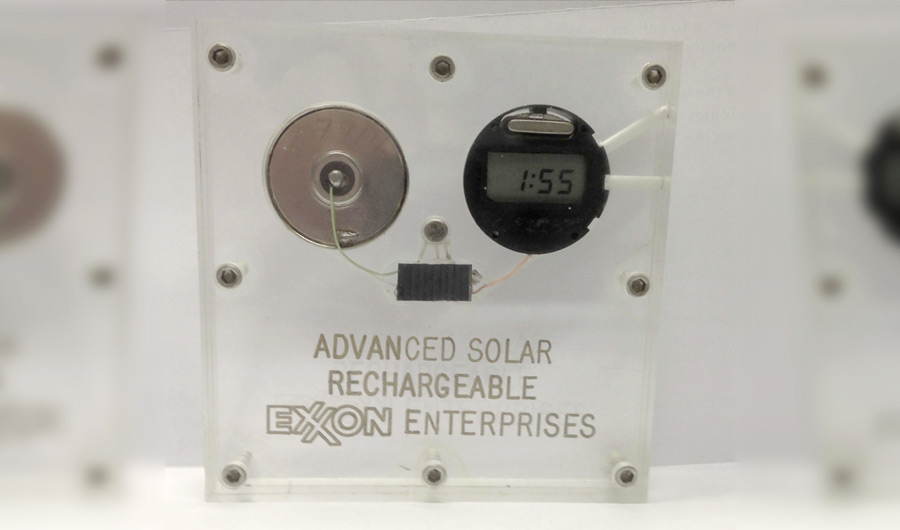 (Inside Science) -- The Nobel Prize Committee often recognizes scientists for work they did decades in the past. The delay allows the committee to see how the research evolved and ultimately impacted the world. For M. Stanley Whittingham, one of this year's chemistry Nobel Prize winners, it also allowed him to see how a literal product of his efforts -- a lithium battery made in 1978 -- stood the test of time.

A few years ago, Whittingham and a former colleague from the Exxon Enterprises Battery Division dug up four unused, decades-old button lithium batteries from their personal collections.

"They were very expensive batteries, extremely well sealed, so air and things couldn't contaminate them," Whittingham said when asked about the batteries during an online press conference after the Nobel announcement.

Whittingham collaborated with scientists at Rutgers University in New Jersey to test the performance of the vintage button cells. The scientists found that even after about 35 years the batteries retained more than 50% of their stored energy. A solar rechargeable clock made in the 1970s with an Exxon lithium battery was also still ticking away. The scientists published the results in a paper in the Journal of Power Sources.

The positive side of the batteries, or cathode, was made from titanium disulfide, a material that Whittingham and his team had discovered could make lightweight batteries with a high voltage. The negative side, or anode, was made of an alloy of lithium metal and aluminum. The aluminum was added to the mix after batteries with pure lithium anodes sparked a series of laboratory fires.

Batteries have a limited shelf life because the chemicals inside them can react and irreversibly degrade the battery's performance, even when it is not used.

A typical alkaline battery has a shelf life of around 10 years. Lithium metal is much more reactive than the materials used in alkaline batteries, so the stability of the 1978 Exxon batteries is particularly impressive, said Paul Albertus, a battery expert at the University of Maryland in College Park.

"It's not easy to make [a battery] that lasts that long," he said.

Exxon commercialized the battery recipe in 1976 and produced small batches for a Swiss clockmaker who used them in solar rechargeable timepieces.

Ultimately, the specific battery design didn't see widespread use. It was eventually supplanted by the lithium-ion design enabled by the discoveries of Whittingham's co-Nobel Prize winners, John B. Goodenough and Akira Yoshino.

Protests, A Retracted Paper, and a Super-Earth Planet
Why Is an Empty Shampoo Bottle So Easy To Knock Over?
COVID-19 Vaccine, Monkeys and Bumblebees
Smart Speakers Could Detect Cardiac Arrest
Light And Art Come Together
END_OF_DOCUMENT_TOKEN_TO_BE_REPLACED