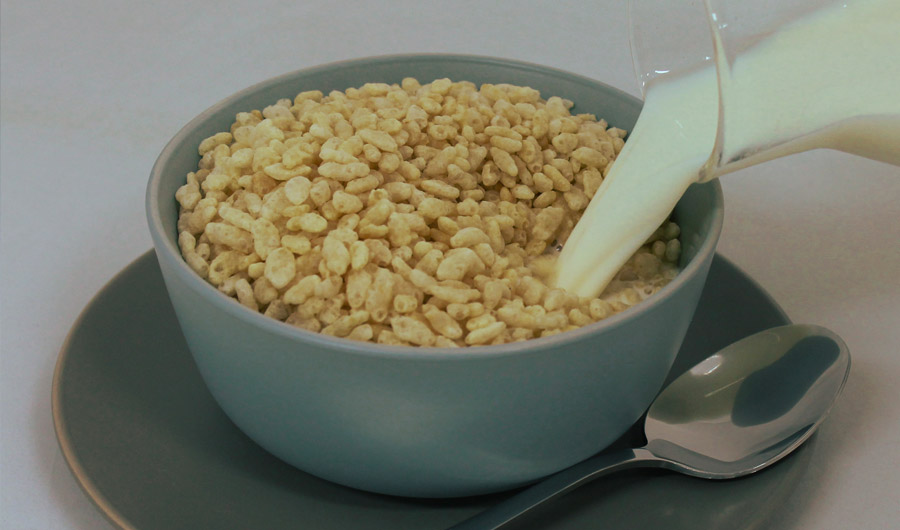 (Inside Science) -- The crackle of wet rice puffs is more than snappy advertising strategy: Pouring milk into a bowl of cereal might help shed light on the collapse of ice shelves and dams of compacted earth, a new study finds.

Brittle, porous materials are prone to suddenly crumbling when they encounter high pressure or are soaked in liquids, an effect linked with the collapse of rockfill dams and the formation of sinkholes. However, it was uncertain what happens when such materials are subjected to both pressure and liquid at the same time, as might happen at the base of giant ice shelves.

Experimenting with an ice shelf or a rockfill dam can prove difficult and dangerous. Instead, scientists have conducted research on how porous materials behave using puffed rice.

In the new study, the researchers filled a vertical cylinder with puffed rice, applied constant pressure on top, and then injected milk into the lower part of the cylinder. The fluid naturally got pulled upward through microscopic pores in each puffed rice grain, the same effect that helps draw water up inside trees.

They found that the cereal experienced repeated incremental collapses, as well as loud clicks from abrupt collapses of wet puffed rice, which they dubbed "ricequakes." The delays between these clicks slowly lengthened over time.

The scientists developed a "crushing wave model" they suggested could explain the delays between collapses in the dry regions after fluid injection. This model could help analyze the effects of pressures in the Earth's crust and at the bottom of massive ice sheets over time, they noted.

Researchers Itai Einav and François Guillard at the University of Sydney in Australia detailed their findings online Oct. 12 in the journal Science Advances.