A Supercomputer That Makes Recipes for Ice Cubes

A Supercomputer That Makes Recipes for Ice Cubes

Researchers use computer simulations to learn how water forms different kinds of ice. 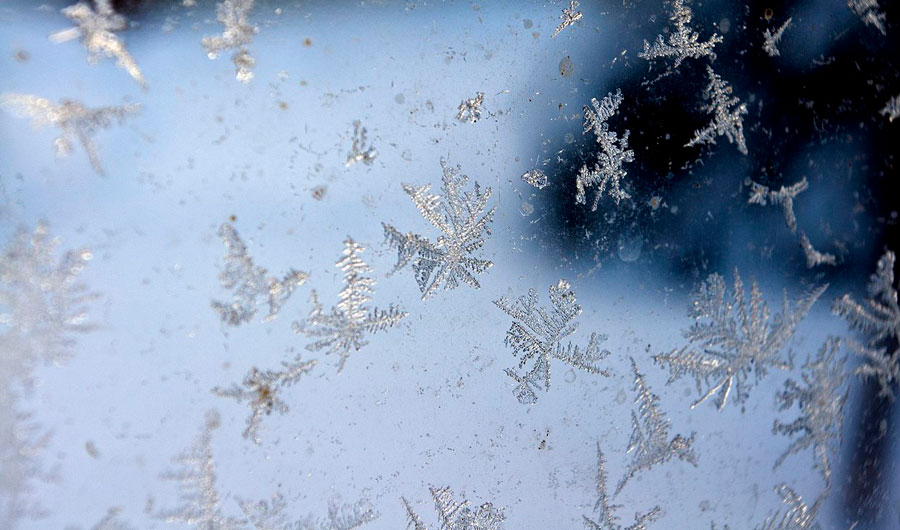 (Inside Science) -- Researchers have created a computer model that can simulate the many different ways water freezes into ice. It’s a new approach to understanding what can be the surprisingly complicated behavior of this common substance. The team’s technique might also help scientists figure out how to synthesize other known or maybe even not-yet known solid materials. Their paper was published in December in Physical Review Letters.

The many phases of water

Most of us are familiar with the three basic phases of water -- solid, liquid and gas. While liquid water can have slightly different properties depending on the temperature and pressure, it remains pretty much the same structurally until it becomes a different phase. The same goes for water vapor. For ice, however, it's a different story.

Unlike in a liquid or gas, the atoms or molecules inside a solid have to fit themselves together in a fixed pattern, and these arrangements can take different forms. Take carbon atoms for example -- arranging them one way produces a pencil lead, arranging them in a different way produces diamonds. So how do you turn a pile of pencil leads into diamonds? That's the million-dollar question.

"If you want to synthesize a material, you need to know if you have to apply pressure at some point, or if you have to heat or cool for a certain time," said Fabio Pietrucci, a physicist from Pierre and Marie Curie University in Paris, and an author on the new paper. "It's like a kitchen recipe where you have prescriptions of what you need to do."

Similar to baking a cake, one needs to know more than just the ingredients and the temperature (or pressure) to make a specific material, but also the specific steps to take along the way. Also similar to baking cakes, scientists have mostly relied on trial and error to figure out the best way to make certain materials. That’s because an accurate computer simulation that could test the recipes beforehand based on theoretical predications has been impossible.

While computers nowadays can easily simulate the movement of an individual atom or molecule, the complexity of these calculations compounds drastically with each additional atom or molecule. When there are more than a billion trillion molecules in just one drop of water, a straight-forward calculation is simply impossible, even with today's most powerful supercomputers.

Even simulating the freezing of less than a drop of water, "it'll take way too long -- you're talking about an astronomical timescale, as in billions of years," said Jeremy Palmer, a chemical and biomolecular engineer from the University of Houston in Texas who was not involved in the study.

Still, in order to better understand and predict the ways materials form and behave, scientists need to compare experimental data with theoretical predictions. They need to simplify the brute force approach.

Pietrucci and his team developed a way to speed up the simulation process using a method known as enhanced sampling. To use the method they had to figure out which specific calculations were important and which were not. It's like figuring out a way to run a pre-election poll efficiently and accurately.

Even with this "cheat" and a supercomputer, simulating the freezing of a mere 800 molecules still took weeks. In real life, the process happens over a split second.

Though still far from replicating reality, the new algorithm is successful in predicting certain physical properties for the different kinds of ice depending on its structure. The algorithm can also guide studies on materials beyond water -- such as helping to figure out the best way to synthesize a specific material, or even predicting the existence and properties of a not-yet-discovered material.

"We have colleagues who are looking at carbon based materials that are super hard, possibly with other properties that can make these materials very interesting for certain applications," said Pietrucci.

As for water, the new model can help scientists across disciplines better understand the formation of different kinds of ice, including the real life 'ice IX' that shares the same name as Vonnegut's fictional material 'ice-nine' in his book Cat's Cradle. Pietrucci said that the model has already predicted a new kind of ice yet to be confirmed by experiments.

"There's a huge community trying to understand the behavior of water,” said Palmer. “It's important in atmospheric chemistry. It's relevant to biologists who study how water structures can change the behaviors of proteins, or even for astrophysicists who want to understand how water behaves on other planets."

Researchers Study Violinists To Learn How Humans Act in Synchrony
Alligators May Be Able to Survive Venomous Snake Bites
New Theory Says We’ve Been Wrong About How Bubbles Pop
Crustacean Genes May Solve Debate Over How Insects Evolved to Fly
Some Beetles Survive Being Eaten, New Study Finds
END_OF_DOCUMENT_TOKEN_TO_BE_REPLACED

COVID-19 Vaccine, Sharks and Mezcal
Crabs Use Belly Sounds To Communicate
Touring The Trinity Test Site
Protests, A Retracted Paper, and a Super-Earth Planet
Why Is an Empty Shampoo Bottle So Easy To Knock Over?
END_OF_DOCUMENT_TOKEN_TO_BE_REPLACED