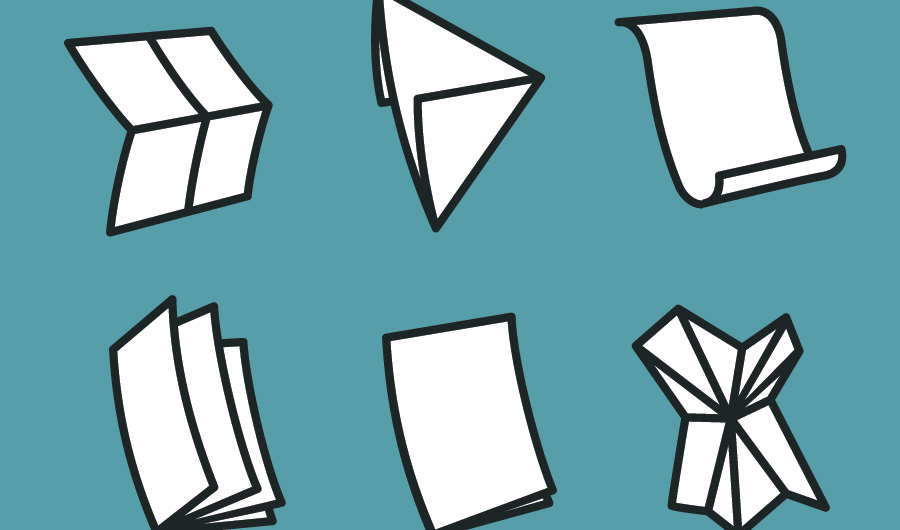 (Inside Science) -- Thirty years ago, a professor in Japan folded an origami crane smaller than a pinhead. Peering through a microscope, he used a sewing needle to carefully crimp the paper.

Now researchers at Cornell University in Ithaca, New York, have gone one step further, creating origami about the size of a red blood cell. Too small for human hands, their origami folds itself. This new take on an old tradition is made not from paper, but from sheets of glass and carbon only a few atoms thick.

“It’s the world’s thinnest origami … comparable in size to a biological microorganism,” said Marc Miskin, a postdoctoral associate in the laboratory of applied physicist Itai Cohen at Cornell. He described the new research in a March 14 talk at an American Physical Society meeting in New Orleans.

The simple shapes formed by the micro-gami, such as cubes and pyramids, lack the grace and sophistication of a bird. But they could be a step toward miniature machines that fold themselves up into packages small enough to be injected into the body.

“This is a way forward to achieving that fantastic voyage of sending a robot inside the human body to do something useful,” said Samuel Felton, an engineer who builds everyday-sized origami robots at Northeastern University in Boston, and who was not involved in the new research.

Self-folding origami isn’t Cornell’s first foray into Japanese art. One of the researchers Miskin worked with on the new project -- Paul McEuen, whose mantra is to study “anything, as long as it’s small” -- has also been exploring kirigami. Kirigami allows cutting as well as folding paper. Greeting cards sometimes use kirigami patterns to create elaborate pop-ups when opened. McEuen’s lab figured out how to cut simple kirigami designs into graphene (carbon that is one atom thick). When tugged, the artistically sliced graphene accordions out into springlike structures.

To teach graphene to fold itself, Miskin and his colleagues attached it to a layer of silica, the primary ingredient of the sand on a white beach. This graphene-silica sheet, only atoms thick, is flat when submerged in water. Add acid, though, and the silica tries to flex, deformed by molecules from the acid squeezing into it. Graphene is stiff enough to prevent this bending. But cut a thin strip out of the graphene and the silica can act like a hinge, the equivalent of making a fold in paper origami. It folds in an acid and flattens in the opposite of an acid: a base.

In a separate meeting talk, the Cornell team showed off various patterns of cuts that cause flat sheets of their material to fold up into different 3-D shapes. “Give us a shape that requires folding only in one direction, and we can make a very small version of that shape,” said Baris Bircan, a Cornell graduate student working on the project.

Three-dimensional shapes made of carbon may be useful for building tiny electronic devices because graphene conducts electricity. Imagine an origami cube with different components mounted on its faces -- a tiny CPU on one side, maybe, and a sensor on another -- all connected by currents flowing through the graphene. Now imagine this micromachine unfolding somewhere inside the body to deploy its equipment and interact with cells. As a step toward such a robot, still far from being a reality, Miskin’s team has glued plastic pads onto its carbon-silica origami, onto which electronics could be printed.

The researchers are also thinking about how to build more intricate shapes. Their sheets of carbon and silica can fold in only one direction, which limits their complexity. In a quest for new materials that could offer extra flexibility, Bircan has been experimenting with a substance called hafnium oxide that is often used in lens coatings. Like silica, it bends -- not in acids, but in bases. Pairing it with silica could make something that bends one way in an acidic liquid, and another in a basic one.

Hinges that can swivel both ways will be crucial if the researchers ever decide to fold their own teeny-tiny crane.