New courses could help prepare young doctors for the medical challenges of a warming world.
Image 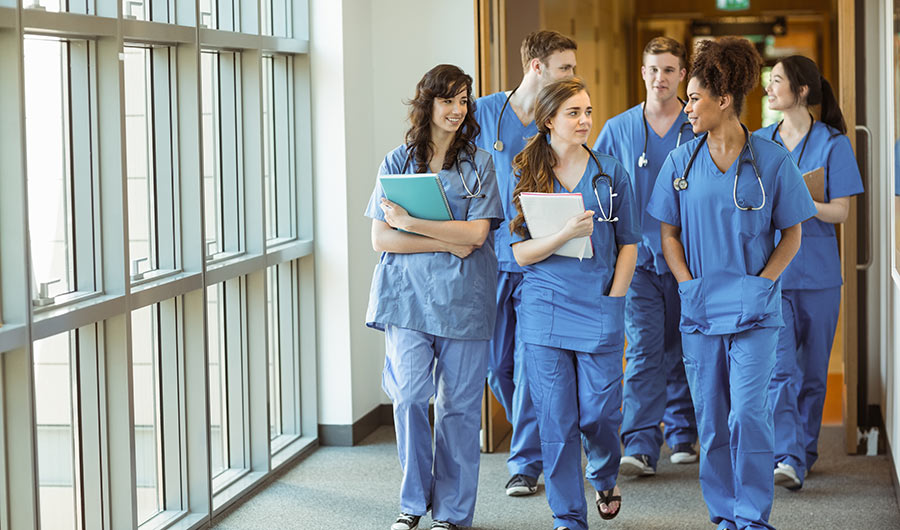 (Inside Science) -- In 2005, Hurricane Katrina swamped the city of New Orleans and health care providers had to evacuate patients from the city's Memorial Hospital. But they could not evacuate everyone and had to choose whom to save. Forty-five bodies were later found; many of the people had died from an overdose of morphine or other drugs. One doctor was charged with murder because she allegedly euthanized patients who could not be evacuated. A grand jury refused to indict her.

She was in a situation she probably never anticipated and for which she was not trained.

Hurricane Katrina shows what doctors and other health care professionals might face in a world where climate change makes such disasters more likely.

Medical students around the country are designing courses and demanding that medical schools help them prepare for the world they will practice in. The school curriculum planners are trying to figure out the best way to help.

"Younger populations are among the biggest advocates for action against climate change," said Kerri Thom, an infectious disease physician at the University of Maryland Medical School in Baltimore, who taught a course on climate and its effects on the various physiological systems.

In 2018, a wildfire near the town of Paradise, California killed more than 85 people and destroyed the homes of about 27,000 people. A heatwave in 2003 killed between 35,000 and 70,000 people in Europe. An algae bloom in 2012 off the coast of Florida cost local hospitals $540 million. This year's Atlantic Ocean hurricane season set a record with 30 named storms thus far.

Although it can be difficult to attribute a single event to climate change, the severity and frequency of these extreme weather events are increasing, and that pattern is associated with climate change.

A study by a group that included Wendy Max of the University of California San Francisco School of Nursing looked at 10 climate-related disasters in the U.S. in 2012, and found 917 deaths, 20,568 hospitalizations, 17,857 emergency room visits and $10 billion in costs. Climate scientists project the impacts, costs and deaths will only rise.

Some of the issues can be mundane. For instance, high school football players may suffer from more frequent heat-related disorders as temperatures rise, and local physicians have to know what to do. Staying hydrated can be a challenge.

Some medications become less effective and even unstable in the heat. The asthma drug albuterol, for example, may explode if left in a car in the summer sun. Doctors need to know these things and to know when they should inform patients about them.

Sometimes, physicians are confronted with diseases that are becoming established in new areas. Dengue fever, a tropical virus disease carried by mosquitoes, is now popping up in Florida and Texas. And the spread of some common diseases, like chicken ​pox, may turn out to be related to climate change.

Among those most affected in the U.S. will be marginalized communities, adding to the urgency to prepare doctors.

In 2019 a survey by the Pew Research Center found that almost everyone under 40 in the U.S. was more inclined to say governments needed to do more in the efforts against climate change. Advocacy from these younger generations is helping to push for inclusion of climate change into an already packed curriculum for medical students.

"It's incredible what's happened in the last few years," said Katherine Gundling, a professor emerita in the Department of Medicine at the University of California, San Francisco.

The movement is not controversial -- it has the support of the medical establishment, including the American Medical Association -- but there are questions about how to do it, she said. There is no curriculum everyone agrees on, nor an agreed upon best way to teach it.

Do you design a whole course on the subject, or do you try to insert climate matters into existing courses, for instance emphasizing heat stroke in cardiology classes? Do you make it a mandatory course or an elective, and when in the curriculum is a good time to do it? Many professors strongly object to adding complete courses to the famously crowded medical school curriculum. That's because it would usually mean taking something out.

"No one in cardiology wants to give a single day," said Gundling.

Several schools have tried different ways to include climate-related issues. Adding information to existing courses, even a few minutes of a lecture, seems to be the easiest solution, especially if they are linked to physiological systems. The third and fourth year of classes, or afterward, during residency, seem like the best times to add the material. UCSF offers electives in food security and sustainability. The University of Illinois at Urbana-Champaign inserts climate-related material into treatment simulation exercises, which does not mean tinkering with the curriculum.

At Emory University in Atlanta, a climate change-related course grew from luncheon sessions, where students would discuss things that interested them, according to Emaline Laney, a third-year student. They found the faculty supportive, she said, and created a "virtual elective" -- it's being taught online because of the COVID-19 pandemic and made available to outside students. Two hundred students from 30 institutions registered for it.

Students at Stanford University developed an elective course for the upcoming winter semester, according to Jonathan Hsijing Lu, a student who helped design the course taught under the Emergency Department. The faculty gave students wide authority in selecting topics, which include climate and disease, sustainable medicine, and advocacy.

Ironically, the students will not have to look far for examples of the problem. The health care industry they are joining is itself a major source of climate-altering greenhouse gases, contributing an estimated 10-15 percent of the global total, according to Gundling.