Study quantifies threats to plants and points the finger -- at us.
Image 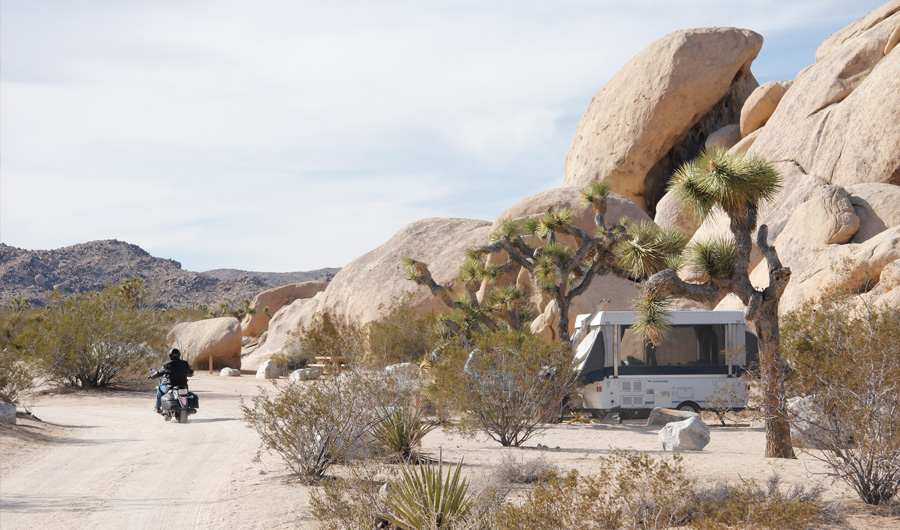 (Inside Science) -- Nobody likes to see the great outdoors marred by restrictive fences and scolding signs. But a new study suggests that we may need to be reined in: Human recreational activities such as hiking, biking and off-road vehicle driving threaten more rare and endangered plants in the continental U.S. than any other single factor, beating out familiar enemies such as agriculture, residential development, pollution and invasive species.

The finding emerged from an analysis of the most comprehensive database of rare and endangered plants in the U.S. In the study, which was published in the journal Biological Conservation, ecologist Adam Smith of the Missouri Botanical Garden in St. Louis and his students analyzed thousands of field reports by scientists, conservationists and others detailing specific threats to populations of plants either listed as endangered under the U.S. Endangered Species Act, or believed by scientists to be imperiled. The threats included all factors known to increase the likelihood that a plant population or species will go extinct.

The study was not the first of its kind. In 1998, a team led by ecologist David Wilcove of Princeton University in New Jersey published an analysis that included 1,055 imperiled and endangered plants. That team found that residential and commercial development -- a destructive factor familiar to all ecologists -- was plants’ top threat, affecting 36 percent of species. But outdoor recreation was only a few percentage points behind. The prevalence of recreation-related threats “was probably the most unpredicted finding of our study,” Wilcove said, “the one that drew the most quizzical looks from our colleagues.”

Smith’s team started with data from 1996, where Wilcove’s team left off, and analyzed almost three times as many plant species -- 2,733 in total, representing nearly all known imperiled and endangered plants in the U.S. They found that between 1996 and 2014, outdoor recreation was the most common threat reported in the continental U.S., affecting 35 percent of species. Livestock were close behind, threatening a third of the plants in the database, followed by residential development, invasive species, and construction and maintenance of roads and railroads.

Within outdoor recreation, off-road vehicles, or ORVs, were the top culprit, impacting 19 percent of all species. This did not surprise Smith, who noted as a telling example an ORV with the nickname “Desert Killer.” However, he added, people engaging in seemingly gentler activities are not off the hook. Hikers, bicyclers, trail riders, skiers and climbers collectively threatened 13 percent of all plants studied, either directly by trampling on them or disturbing the soil they grow in, or indirectly by bringing in invasive species that displace native ones. 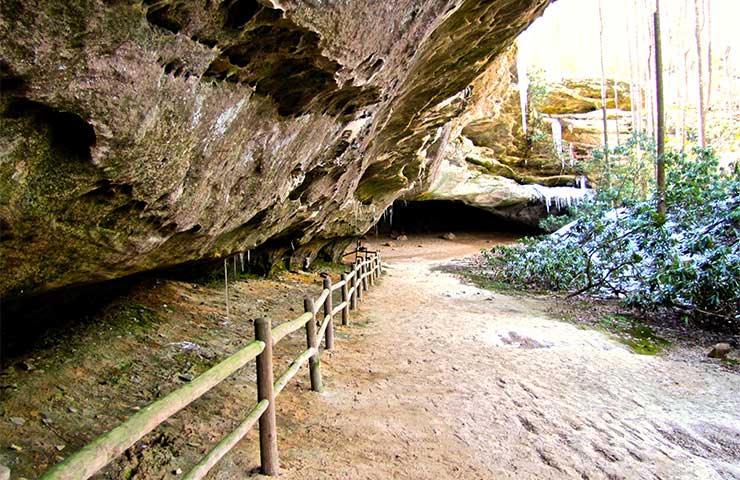 An illustrative example is the small flowering plant Cumberland sandwort (Minuartia cumberlandensis), which lives only in cool, dark natural shelters that often form under sandstone cliffs in eastern Kentucky and northern Tennessee. Such shelters are also favorite haunts of rock climbers and campers, who can inadvertently rip out plants or scrape away the thin soil they grow in. Amateur archaeologists may also trample the plants while seeking Native Americans artifacts. Cumberland sandwort was discovered by biologists only in the 1970s, and by 1988 it had become so rare that it was listed as an endangered species.

The new study comes with several caveats. The data, which were compiled by the Arlington, Virginia-based conservation organization NatureServe, do not specify how severe particular threats are. So even though recreation showed up most frequently in the data, some of those instances might indicate only a relatively mild threat. “It’s a lot better to walk on something than plow it up,” Smith noted.

The researchers also found vastly different results in Hawaii, where many unique species face imminent danger of extinction. Invasive species introduced by commercial shipping or European colonizers were by far the most common threat there, imperiling 95 percent of all plants. Recreation imperiled a comparatively small 9 percent. (Data on Hawaiian plants were also, on average, almost a decade older.)

“It’s great that the authors really delved into this issue and tried to quantify something that’s actually very difficult to quantify,” said Anne Frances, a botanist at NatureServe who reviewed an early draft of the paper. She added that including information on the severity, scope and timing of threats could more precisely guide conservationists’ efforts in limiting harm to plants.

Wilcove also applauded the effort. “In a way, I felt gratified that this new study reaffirmed the significance of recreation as a threat to rare plants,” he said.

Land management agencies have long known that ORV drivers, hikers and others can harm or kill plants, said Joseph Burns, a biologist and endangered species program leader with the U.S. Forest Service. And agencies have successfully addressed threats to some endangered plants. The National Park Service and other agencies have banned climbing and put up fences to keep people out of shelters where Cumberland sandwort lives, for example, and the plant’s population has recovered somewhat. In another case, the Bureau of Land Management banned ORVs from sand dunes harboring a sensitive buckwheat plant in the Sand Mountain Recreation Area in Nevada.

But agencies may be fighting an uphill battle. Smith and his colleagues found that the number of threats recorded increased over the study period, likely because more people are driving ORVs and hitting the trail at the same time that cities and suburbs are gobbling up more and more land. “It’s not surprising,” Wilcove said. “People love the outdoors and there’s less of the outdoors to love.”

Smith also said that despite Wilcove’s 1998 paper, some conservation biologists may still need to hear the message. His team found that papers published in five top conservation journals between 2000 and 2014 focused disproportionately on a few threat types such as missing pollinators, pathogens and diseases, and largely ignored many of the most prevalent, including recreation.

“There’s an inherent resistance [among scientists] to hearing that people who like being outside are actually a source of harm,” he said.

However, Burns and Frances contended that scientists are aware of the threats plants face, noting that relevant data are often recorded in government reports and other sources that don’t go through the standard academic peer review process -- the so-called “gray literature” -- which Smith’s team did not analyze.

Burns added that broad-ranging studies such as Smith’s can play an important role in informing state agencies and private land owners of the potential impacts of recreation. “It’s important for those folks to understand” how to protect plants on their land, he said. “Collectively, they can make a difference.”

The other audience that needs to hear the message is us. Smith does not want to discourage people from enjoying the outdoors, but he says we should probably be more careful when we do so.

“I love to go hiking too, but it really has surprised me,” Smith said. “I notice much more now if I see a ‘trail closed’ sign. I’m much more obedient."