Watching Earth's Water Through the Eyes of Gravity

Watching Earth's Water Through the Eyes of Gravity 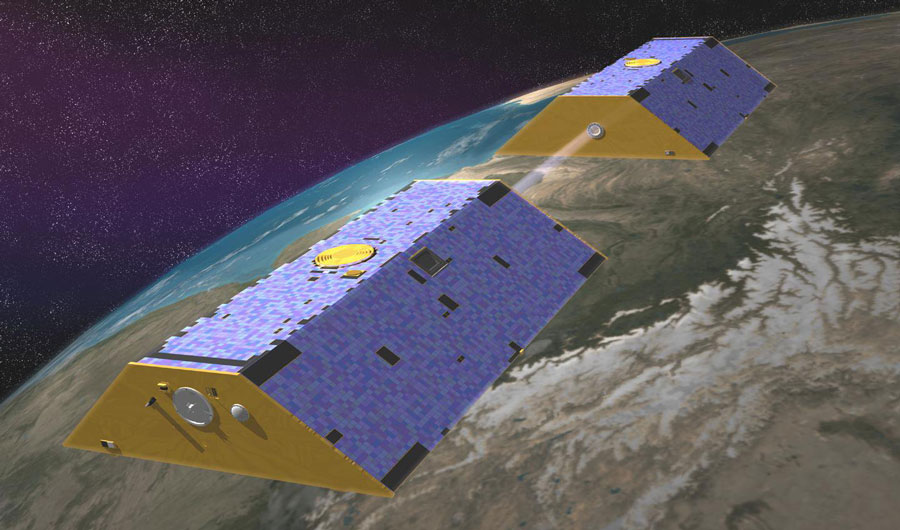 (Inside Science) -- Last month, scientists in the U.S. and Germany celebrated the 15th anniversary of what was originally planned as a five-year mission: the mapping of our planet's water resource distribution by twin satellites named GRACE. GRACE has notched many successes in its longer-than-expected lifetime, including tracking the recent drought in California and monitoring global sea level rise. The satellites are expected to finally run out of fuel sometime this summer, and will eventually be destroyed when they re-enter Earth's atmosphere.

NASA and the German Research Center for Geosciences have now announced plans for the continuation of the GRACE project. Aptly named the GRACE Follow-On project, the new pair of satellites has already been built by an Airbus facility based in Germany. They are slated for launch as early as this December, and will continue to monitor and study the movement of water both on top of and underneath our planet's surface.

Pushed and tugged by the ebb and flow of water 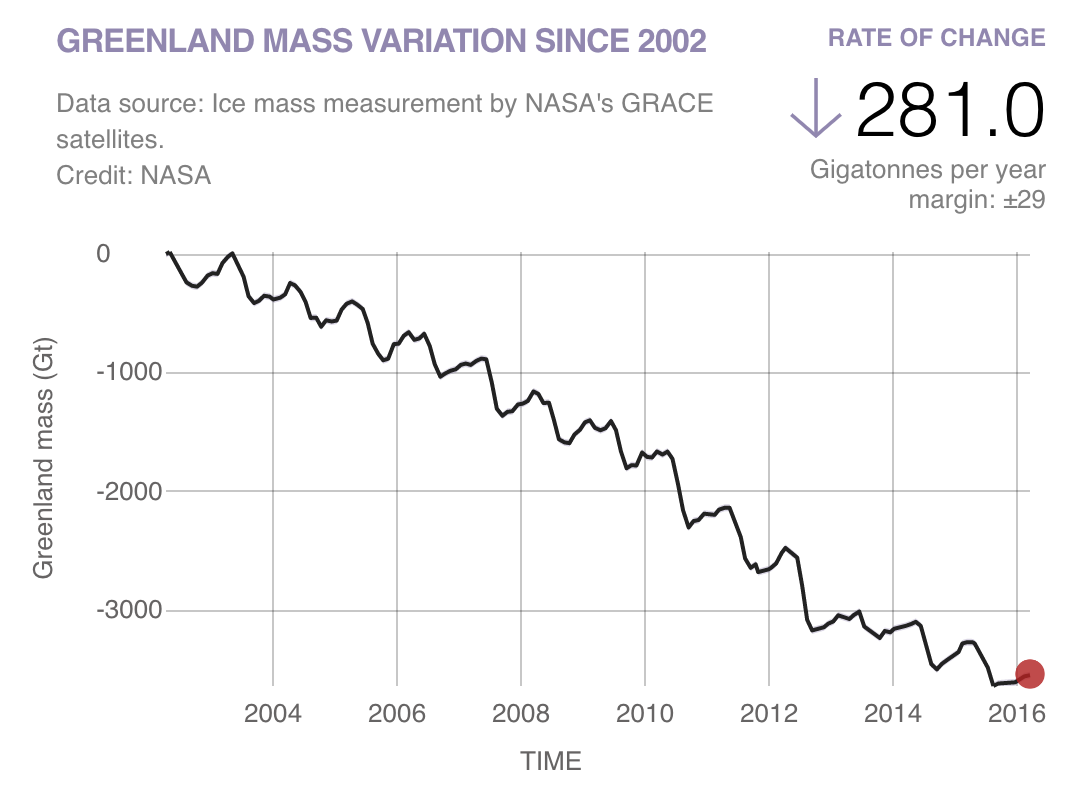 GRACE, which stands for Gravitational Recovery And Climate Experiment, consists of a pair of satellites orbiting more than 300 miles above the Earth's surface. The twins, more than a hundred miles apart, measure the local gravitational field underneath their flight path by detecting each other's slightest wobbles, with an accuracy of within one-fiftieth the width of a human hair.

As an illustration of their operating principle, imagine the pair is flying towards the Himalayas. The leading satellite will first experience a slight tug towards the mountains, before the trailing satellite catches up. The same thing happens when the satellites fly over water features like glaciers, lakes or underground reservoirs. GRACE can detect the presence of water almost like a dowsing rod, except that instead of relying on a supernatural force, the miniscule movements of the satellites are guided by a measurable physical force -- gravity.

These slight movements are used to calculate the changing mass underneath the satellites' flight path. Combined with precise GPS technology, GRACE can take a snapshot of the Earth's entire gravitational map every 30 days. The maps can then be used to track the global movements of water and ice.

GRACE has helped assess the 2011-17 drought in California, tracked the loss of ice shelves in Greenland, and kept tabs on global sea level changes, among other projects. Byron Tapley, the director of the Center for Space Research at the University of Texas at Austin, said it would be hard to make these measurements without the satellites. 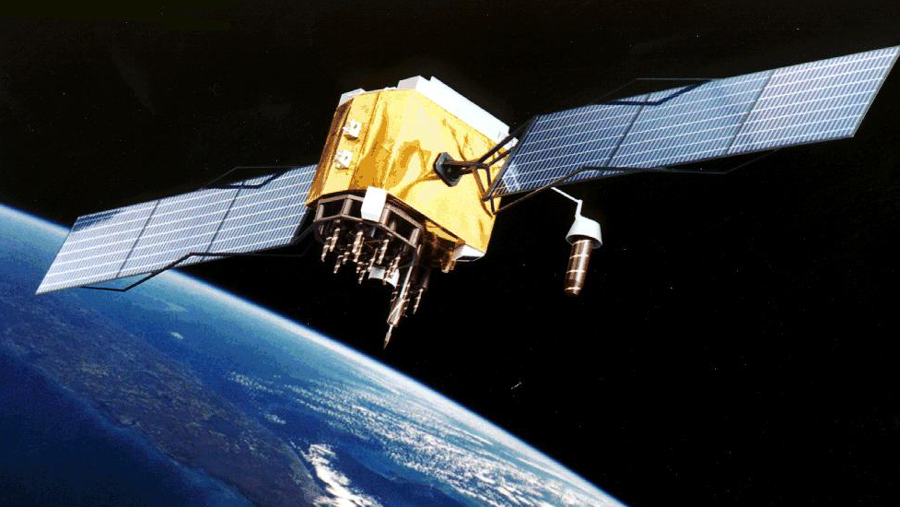 GPS and the accuracy of time

The GRACE mission owes its success to many modern technologies, one of which is GPS. And GPS wouldn't work as well as it does without extremely precise clocks.

The clocks onboard current GPS satellites are accurate to one part in 10 trillion -- if they had been running since the Big Bang 13.8 billion years ago, they would only be off by tens of minutes today.

Former Secretary of Energy and 1997 Nobel laureate Steven Chu noted this extreme precision during a talk last month at a meeting of the American Physical Society in New Orleans. "You might say that's overkill, but it's not. Because one of the most precise measurements in physics is the measurement of distance, and distance is now measured with respect to the speed of light," he said.

Light travels 186,000 miles per second, so a one part in 10 trillion error multiplied over the course of a year can accumulate to an error of several meters. The ongoing research into precision timekeeping is one example of how exploring the frontiers of science -- which may seem like "overkill," as Chu noted -- can lead to practical applications that directly benefit the public.

"You have to drill down to the water level and measure the changes in each well," he said. "Getting a large-scale water table determined with these types of measurement is extremely difficult."

In addition to the technical challenges of ground-based measurements, there are also legal hurdles that prevent scientists from getting data on privately owned land. And there are logistical concerns. For instance, it is simply not financially viable to build enough monitoring stations in Greenland and Antarctica to match the resolution of GRACE.

According to Neil Dahya, the project system engineer for GRACE Follow-On, the new mission is intended as a continuation of GRACE. But he's optimistic that technological advances since 2002 will help boost the performance in multiple ways. For instance, the precision laser that measures the distance between the new satellites is expected to be 20 times more accurate than GRACE's old microwave-based system, making it much more sensitive to gravity changes.

To the moon and beyond

The principle behind GRACE's success is not limited to Earth-orbiting satellites. A pair of satellites similar to GRACE, named GRAIL, was launched in 2011 to map out the gravitational field of our moon.

"Because there's no atmosphere, they were able to fly very, very close to the surface of the moon, so they came out with very high resolution mapping of the gravity field of the moon," Tapley said.

In 2014, GRAIL discovered underground rift valleys on the moon, where lava once flowed. By "feeling" the push and tug of gravity, GRAIL has shown us things about the moon's geological past that are hidden under the surface. However, the scientists' vision doesn't stop there. According to Tapley, there have since been several more proposals for similar projects to other planets in the solar system.

"It has worked so well on Earth and so well on the moon. Why not other planets?" said Tapley.