Steam Stones Safer Than Hookah, But Only If You Smoke Them Right

Will there ever be a truly safe way to smoke?
Image 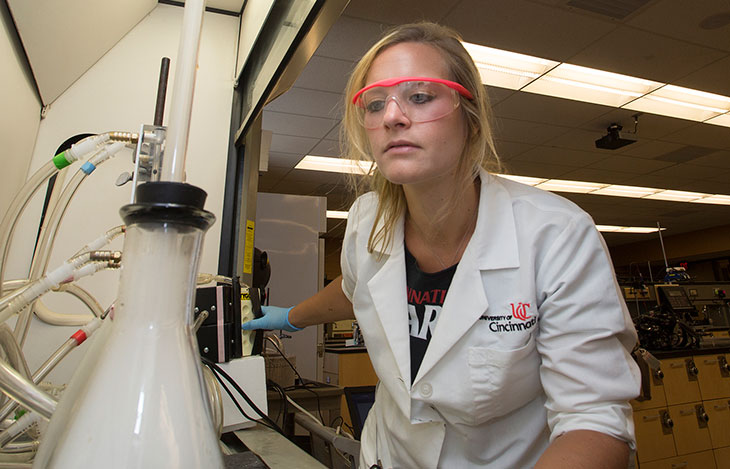 (Inside Science) – It's the trend that's given a new lease on life to tobacco manufacturers and a tenuous whiff of legality to the cannabis industry. Artificial smoking, be it electronic cigarettes or synthetic cannabinoids, is worth several billion dollars in U.S. sales in every year — although the precise figure is hard to calculate.

Some sellers of these products suggest they are safer than their traditional counterparts. But just as often scientists say these are half-truths, and given the relative novelty of these products, research into the long-term health effects is lacking.

The latest addition to the synthetic smoking market is called steam stones, which can be easily procured on Amazon or eBay — typically imported from the U.K. and Europe. They are pebble-like porous rocks, which are marinated in flavorings similar to those that give hookah tobacco its sweet and fruity taste. They are then heated in the heads of hookah devices in place of tobacco to create a smoke-like vapor, which is inhaled.

Most steam stones don't contain nicotine, although some brands do.

Neither hookah tobacco nor steam stones are currently regulated by the U.S. Food and Drug Administration, though spokesperson Michael Felberbaum said, "The FDA continues to monitor and learn more about new and novel products in today's rapidly evolving marketplace."

In April last year, the FDA issued a proposal that would empower the agency to regulate waterpipe tobacco, also known as hookah.

This would mean manufacturers of hookah tobacco have to register their ingredients with the FDA and vendors would have to adhere to federal rules to ensure minors can't smoke their product. Age restrictions are currently regulated on a state-by-state basis. Felberbaum said that they hope to publish their final ruling on this during the summer.

Meanwhile, new research from the University of Cincinnati has compared the safety of nicotine-free steam stones with traditional hookah tobacco. The paper was published in the Microchemical Journal and its results showed that steam stone vapor contains substantially lower concentrations of toxic metals, but there is a caveat.

"Merely replacing the tobacco with steam stones does not necessarily provide a safe smoking system," said Arian Saffari, a chemical engineer at the University of Southern California in Los Angeles. Saffari was not involved in the study, but his previous research explored the concentrations of toxic metals in e-cigarettes.

"A lot of the toxic metals that were measured in the study came from the charcoal used to heat the stones," he added, "Using an electronic heater instead would improve the safety. The study very clearly shows that."

These elements or the chemical compounds they form can negatively affect kidney and lung function. Other research connects arsenic and niobium to neurological maladies, according to Clutterbuck.

However, Clutterbuck says that a number of news articles already published on her study got it wrong — they frequently call steam stones "loaded" with toxic compounds. Her results suggest they may actually be safer than traditional hookah tobacco when smoked with e-charcoal.

She says they failed to understand that while some steam stone scenarios in her experiment produced smoke with a high concentration of toxic metals, it was because of the charcoal.

"A number of articles have come out saying that steam stones are evil, but it's the charcoal that's the real problem."

That's still not to say that steam stones are harmless. In an additional experiment outlined in Clutterbuck's study, the stones were bathed in a hot-water extraction procedure. After this process, she found a small quantity of arsenic in the water.

Exactly how the stones are made remains unclear; the manufacturers wouldn't reveal this to Clutterbuck and said it was a trade secret.

"Some of the stones look like they were literally scooped up from the ground," explained Clutterbuck, "We think the arsenic present in the stones may just be what's naturally found in the earth."

The brands of stones that do contain nicotine also carry a risk of addiction just like any other nicotine product.

The introduction of an electronic heating method improves steam stone safety, but Saffari's previous research analyzed electronically heated e-cigarette vapor and showed that toxic elements are still an issue. He said the heat applied to the casings of the vapor-producing liquids and the heating element released the toxic components.

Will there ever be a truly safe way to smoke? Probably not, says Saffari. It's more about finding the safest possible way, "but that doesn't mean it's a fool's errand. These things just have to be made better."