The chemistry of flavor determines much about which foods people enjoy together.
Image 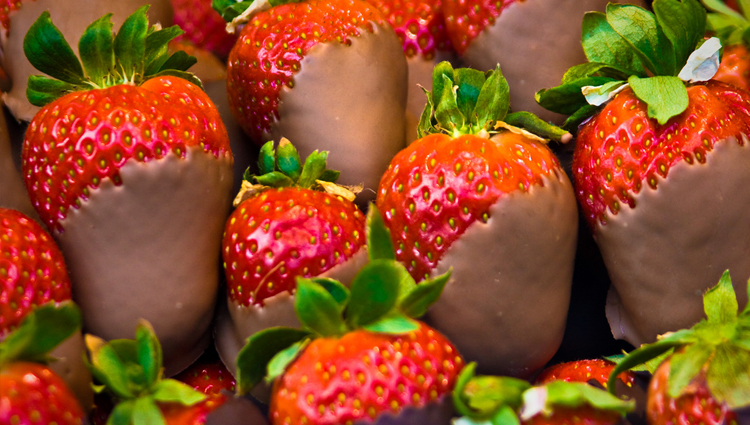 (Inside Science) -- Do all cuisines thrive on kindred flavors? New research suggests that some cuisines may be based on combinations of dissimilar ingredients, but critics say the work is not filtering out flavors that may be unimportant to understanding why dishes are enjoyable.

British chef Heston Blumenthal is credited with originating the "food pairing hypothesis" which posits that foods that form pleasing flavor combinations -- from strawberries and chocolate to the more unexpected caviar and white chocolate -- do so because they share numerous chemical compounds responsible for flavor.

A study published in Scientific Reports examines this hypothesis, concluding that for some cuisines it holds true, including North American and Western European food, but that for others, including East Asian food, it is false. The researchers examined the relationships between individual ingredients with the techniques of network theory, which is often used to investigate the organization of complex systems.

"It's really natural to think in terms of networks because the food pairing hypothesis is really about making connections between different ingredients," said Yong-Yeol Ahn, a statistical physicist at the University of Indiana in Bloomington and a member of the research team.

Flavor is a crucial element of food pairing. But what is it? Flavor is different than taste. The tongue recognizes tastes -- the familiar sensations of salty, sour, bitter and sweet, as well as savoriness, called umami. Flavor encompasses much more of the sensory experience of eating.

"Eighty percent of our eating experience is determined by the nose," said Bernard Lahousse, the science director of Sense For Taste, a research company that supplies information to chefs, bartenders and food companies.

Rounding out the eating experience are texture, sound, and more. Although scientists understand some of the basics, much mystery remains.

"Odor is fascinating," said Jeff Potter, the author of "Cooking for Geeks." Whereas taste is simple to describe … We have a hypothesis for a model of how we think our nose smells things."

To find out what foods people actually enjoy in combination, Ahn and his team went online. With the 56,000 recipes they gathered from three databases, two in English and one in Korean, they began building their analysis of the food pairing hypothesis.

The researchers compared the combinations found in the recipes to a flavor network they created based on the presence of flavor compounds in different ingredients. The comparison revealed the relative popularity of different food combinations and enabled them to compare the tendencies employed by different cuisines .

They found that the most common ingredients in North American and Western European foods were milk, butter, eggs, wheat, and vanilla. The recipes contained pairs of ingredients with many common flavors at a rate much higher than random chance. They also reported in their study that for East Asian foods, "the more flavor compounds two ingredients share, the less likely they are to be used together."

Ahn noted that his research in this area was in its early stages and that his team is working to improve the quality of their data and analysis. Other researchers dispute their approach.

Lahousse criticized Ahn's model because it does not filter out what he considers the unimportant flavors that comprehensive chemical analysis identifies.

"Each flavor molecule has its own flavor threshold," said Lahousse. "You really have to look at what are relevant flavors, how can they react with the flavors of other products."

Lahousse, a bioengineer by training, and his company have also researched the relationships between ingredients and their use in recipes. He said that their own analysis of a different dataset of 180,000 recipes showed different results than Ahn's, especially for Japanese food, which he called "the biggest success story we have with food pairing."

Some of their flavor-pairing insights are available online in a tool endorsed by many highly-regarded chefs. The application highlights foods that share common tastes and is designed to help identify unexpectedly tasty combinations. However, much of their work has not been made available to scientists for scrutiny. Ahn said he was unable to compare his approach to that of Sense for Taste because the methods the company uses are not fully disclosed. Lahousse said he understands this criticism, but that the company balances the amount of information made public against its efforts to run as a business.

Lahousse also admitted that there many unanswered questions about how food is experienced.

"You cannot explain everything by looking at food pairing because a recipe is more than flavor alone," he said. "It's much more complex."

Sometimes, despite mixing ingredients that should form agreeable flavor combinations, a dish does not work. Often, a chef may need to add ingredients that introduce additional elements for reasons of balance. For example, a dish may be calling for an additional taste of sweetness, or perhaps a bit of lemon to add a sour note to round out the dish. But the chef is not necessarily making those adjustments because of the flavors that element brings.

Ahn believes that even if an ingredient is applied this way, solely for the benefit of taste to the tongue, its contribution to overall flavor should still be analyzed. Lahousse believes that this is where careful analysis of a food's most important flavors pays off. For example, he said, garlic and onions add flavor, but also sweetness. They also influence the browning of meat as it is cooked.

Eggs are another popular ingredient, especially in baking. Lahousse said they are not added for their flavor profile, but for their contribution to texture.

Ahn said it is important to consider eggs' flavor contribution, because even though they influence a food's structural properties, that recipes evolve, and if the flavors were not pleasing to those who ate it, the recipe would change over time to reflect flavor preferences as well as those of texture.

Even if the flavor notes of two foods line up, a deft hand may still be required to make a combination sing.

The visualization of lobster's most closely-related foods hosted on Lahousse's website, clearly highlights the crustacean's affinity to strawberry. But, he said, many factors influence how those items are best combined and balanced, including the culture of those eating the dish and even the qualities of the individual lobster and strawberries.

"If you start to add strawberry to lobster you have to be a very good chef," said Lahousse. "The chance is very high that you will add too much sweetness to this dish. You have to be able to make a really good balance."

Potter likened the combination of flavors to notes or chords on a piano. Some will join together in a more pleasing way than others. Two wildly differing sets of odor molecules might not mesh if they didn't have any accompaniment. He pointed again to lobster, and to chocolate as its pairing.

"That's not to say that a really talented chef couldn't make lobster and chocolate work," said Potter. "I'm sure there's a combination with an appropriate set of ingredients where those dissonant chords do actually produce a pleasing sound."

For home cooks facing a nearly empty refrigerator and a lack of inspiration, Potter recommends taking inventory and Googling a list of your seemingly mismatched ingredients to identify opportunities to create your own culinary innovations.

"I'm a huge fan of experimentation; there's no single better way to learn how to cook than to go into the kitchen and try doing something," said Potter.