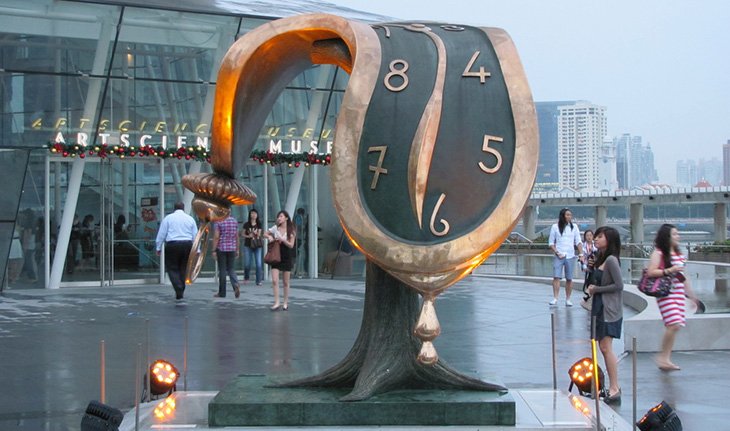 The sculpture above is Salvador Dali’s “Dance of Time II” displayed in front of the ArtScience Museum at Marina Bay Sands in Singapore.