BRIEF: How Sound May Save the Manatee 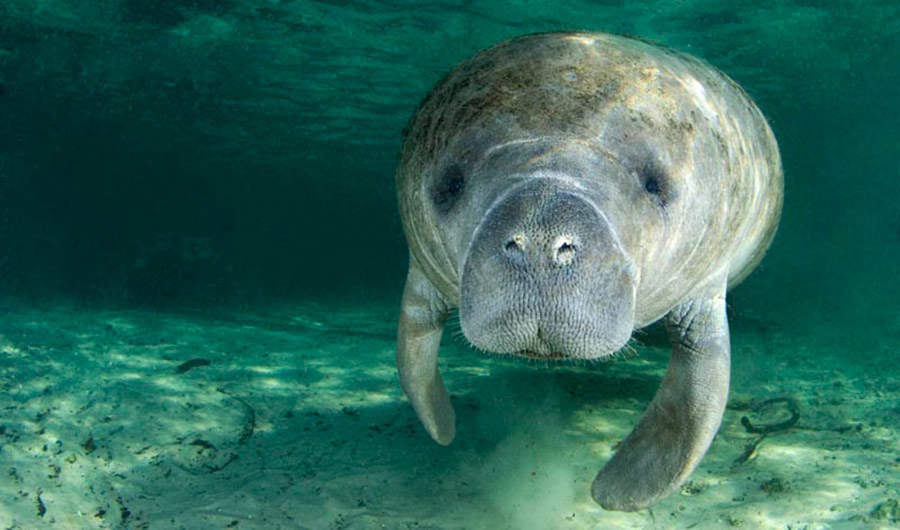 US Fish and Wildlife Service

(Inside Science) -- The Florida manatee has no real predator save for one: boats. Watercraft strikes kill about 100 victims each year from this threatened population, making boats the leading cause of manatee death.

However, marine mammal scientists Edmund and Laura Gerstein from Boca Raton believe they have an acoustic solution to curb manatee mortality.

However, the Gerstein’s found that manatees are good at detecting high frequency noises, most successfully between 16,000 and 18,000 Hz. With this in mind, they developed a submerged alarm system that shoots a beam of high frequency sound from the front of the boat, warning manatees to steer clear.

To test their design, the researchers set up buoys in Merritt Island National Wildlife Refuge near Cape Canaveral, Florida to attract groups of curious manatees. Then the team measured the distances at which manatees fled from a single approaching boat with either an alarm or no alarm.

The scientists found that manatees reacted to boat alarms in 39 of 41 tests, swimming away from buoys when the boat was 20 meters away on average. When confronted by non-alarm boats, the marine mammals only responded in four of 82 trials. When the animals did not respond, the boat veered away to avoid hitting them.

Edmund Gerstein conservatively estimates that such a device could be sold for $100, and he proposes that Florida regulators should incorporate high frequency alarm in their conservation efforts. “I think they should be part of the equipment that is required for boaters,” he said. “The best thing you can do is empower the animal itself by giving it sensory awareness.”

The Gersteins patented an alarm design, but do not sell or manufacture devices currently. They presented their recently published findings at the Acoustical Society of America meeting in Boston last month.