Earthworms Trap Carbon, But Do They Influence Climate Change?

Earthworms Trap Carbon, But Do They Influence Climate Change? 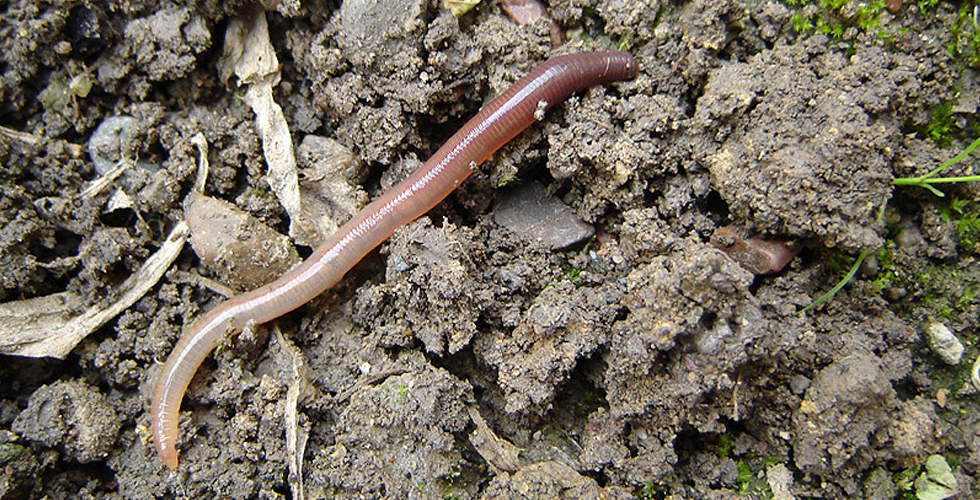 (ISNS) -- Earthworms have long been the organic gardener's friend. They aerate soil as they burrow into the earth and release nutrients as soil passes through their digestive systems. In their tubular, segmented bodies, nutrients are transformed into a form that plants can consume. Their influence on the environment has interested scientists since Charles Darwin.
So it came as a shock earlier this year when researchers reported in Nature Climate Change  that earthworms contribute to greenhouse gas emissions. They claim that, as the earthworms go about their soil-transforming business, they release carbon dioxide that was trapped in the soil. Overall, the researchers determined that earthworms' burrowing causes a 33 percent increase in carbon dioxide emissions, and a 42 percent increase in the emissions of another greenhouse gas, nitrous oxide.
Jan Willem van Groenigen of Wageningen University, in the Netherlands, and lead author on the Nature Climate Change article, doesn't advocate exterminating earthworms. “You cannot say earthworms are good or bad. They’re almost indispensible for farming systems, but they also have the side effect of increasing the emissions of greenhouse gases.”
But researchers in an international collaboration from the Chinese Academy of Sciences, the University of Georgia, Nanchang Institute of Technology, the University of Vermont, and the Guangdong Academy of Sciences have reached another conclusion. Their results, published in Nature Communications, suggest that earthworms actually trap carbon dioxide in soil for an overall decrease in emissions.
When soil is tilled or burned, it releases carbon dioxide. But in a process called stabilization, earthworms convert the digestible carbon to a form that stays in the soil. "They’re stabilizing it through their fecal material. That type of carbon is more resistant to decay," said Deborah Neher of the University of Vermont, in Burlington.
Earthworms ingest the organic matter, or litter, that lies atop the soil. The litter is ground to a pulp in their gizzard, broken down and digested by their gut bacteria, and excreted back into the soil. Soil digested by earthworms is much richer in nitrogen, potassium, and phosphates. Their excrement also adds physical structure to the soil that holds in the carbon, reduces erosion and makes it crumbly -- the ideal place for plants to grow.
Their digestion isn’t the only process that helps the soil. As they burrow they create tiny passages for air and water, both necessary for healthy soil.
The soil also houses bacteria and fungi that release carbon dioxide through their natural respiration.
"A lot of microbial ecologists have only looked at the bacteria and fungi and not at the role of [the earthworms] that are eating them," said Neher. Researchers found the earthworms provide checks and balances to the soil microbes' carbon dioxide emissions.
In the northern part of the U.S., forests rely on a layer of litter to regulate the temperature, moisture, and nutrient content of the soil. Most earthworm species in the area are invasive. They eat up litter layers more quickly than the forests regenerate. As a consequence, some tree species may not be able to survive a rapid decline in the litter layer. In a way, these earthworms determine which trees will grow there in the future.
Knowing the problems invasive earthworms bring, the researchers chose to study two invasive species, one from Asia and one from Europe. They measured the carbon dioxide emission, carbon mineralization, and carbon stabilization of a batch of soil with just microbes and compared that with a batch of soil with microbes and earthworms. They found that earthworm-stocked soil releases no more carbon dioxide than soil with microbes alone. In fact, the earthworms excreted carbon that stuck in the ground rather than releasing it into the air. Essentially, earthworms created a carbon trap.
"We're losing the litter on the surface of the soil which has affects on future forest composition but a lot of that may be moving deeper into the soil and holding the carbon there," said Neher. "[The carbon] is just moving into deeper layers in the soil."
Many of the proposed ideas to reduce greenhouse gas emission involve trapping carbon in the soil, but these small creatures have beaten us to it. Other new studies find that the fecal matter of millipedes and oribatid mites also transform carbon into its more decay resistant form.
The second study was conducted over 54 days – too short a time to judge the total effect of earthworms on the environment. Van Groenigen, and other researchers from the first report, have just completed a 750-day study and are currently interpreting the results. He stressed the importance of understanding the effects earthworms have on plants. If more plants grow because of the earthworm fertilization, then those plants would use carbon dioxide in their normal photosynthesis cycle and help reduce greenhouse gases in the environment.
Whether or not earthworms contribute to climate change, both sides agree that earthworms have unmistakable benefits. As Darwin mused, "It may be doubted whether there are many other animals which have played so important a part in the history of the world, as have these lowly organized creatures."

Jenna Bilbrey is a freelance writer based in Athens, GA. She tweets at @JennaBilbrey.

Protests, A Retracted Paper, and a Super-Earth Planet
Why Is an Empty Shampoo Bottle So Easy To Knock Over?
COVID-19 Vaccine, Monkeys and Bumblebees
Smart Speakers Could Detect Cardiac Arrest
Light And Art Come Together
END_OF_DOCUMENT_TOKEN_TO_BE_REPLACED