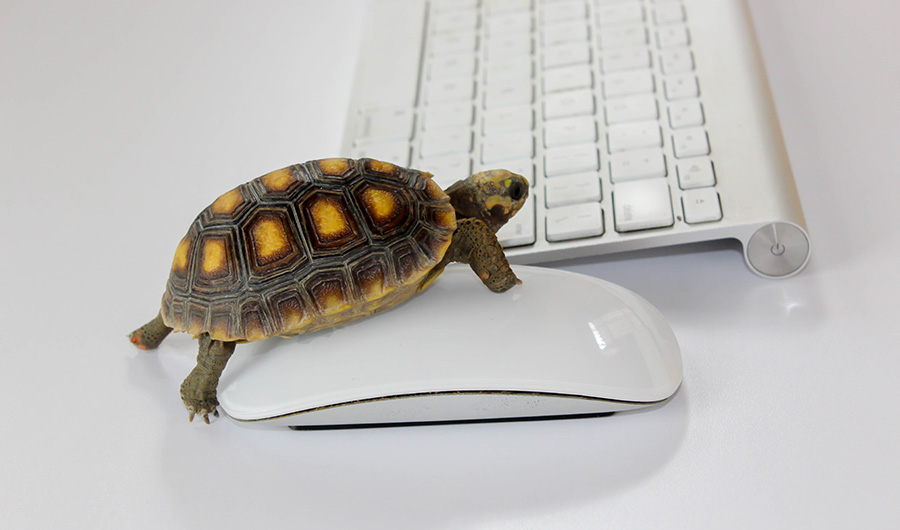 (Inside Science) -- When you're trying to beat traffic in a busy city, you probably turn to an app like Google Maps, which uses data from thousands of drivers' phones to create a sensor network and predict the best way to reach a destination.

What if the same thing could be done with thousands of sensors attached to animals?

That's the idea behind the International Cooperation for Animal Research Using Space (ICARUS), which seeks to attach tiny transmitters to creatures in unprecedented numbers and track them from space. In 2018, astronauts installed an antenna on the International Space Station to collate the data and beam it to scientists on the ground. Now, results are starting to roll in.

"The sensors allow animals to be our eyes and ears and noses in the world, and we are linking it all together," said Martin Wikelski, director of the Max Planck Institute for Ornithology in Radolfzell, Germany.

More coverage of animal tracking from Inside Science

The Crazy Things Biologists Do to Track Animals

Once Overlooked, Walruses Turn Out to Be Champion Divers

Researchers have tracked animals for decades, of course. But they haven't been able to attach transmitters to creatures smaller than 100 grams -- which has put 75% of the world's species out of reach. And the tags themselves are often so pricey that they can't be deployed in large numbers.

The ICARUS system has already created transmitters that are 5 grams -- about the size of a knuckle -- but they expect a significant drop in size over the coming years, said Walter Jetz, an ecologist at Yale University in New Haven and co-director (with Wikelski) of the Max Planck-Yale Center for Biodiversity Movement and Global Change. So far, the system has logged movement data for more than 800 species, beaming locations back to Earth every three minutes. In the next five years, the trackers will become small enough to attach to a locust.

The team is discovering information that wasn't otherwise obvious from traditional biology research -- like precisely how far birds travel in flight. Jetz said this allows researchers to develop new ways to study animal navigation and memory. In addition, the team can identify behavior of both single individuals and groups of animals, during daily activities and migrations, which offers a peek into a changing world. "Through onboard sensors, animals offer a novel lens on the environment and its change," said Jetz.

Sensors also offer humans a window into their own backyards. For generations, farmers living near Mount Etna have reported animals acting strangely before a volcanic eruption. Now, goats that beam back data every three minutes are confirming that their behavior changes in the minutes and hours before an eruption. He says that the animal warning system can give an alert signal two to 12 hours before an eruption, within 12 miles. "Collective behavior gives us a sense of the sixth sense of animals," said Wikelski. "That's vital information for humankind."

Diseases that jump from animals to humans can also be tracked using the data in the system. Bats are often suspected as culprits in disease outbreaks (including Ebola and coronavirus). That reputation isn't always warranted, but by tracking bats, scientists can figure out where the repositories of disease occur, and potentially understand how illness can leap from one species to another.

Another area where animals can tell the future is in pest outbreaks, like the ongoing locust swarm in Africa. Storks feed in areas where migratory locusts deposit their eggs. Since it's difficult to predict where these pests will pop up, storks' presence can be indicators of areas where people may want to plan ahead for a locust swarm. In addition, scientists can compare historical data on storks, which has been collected for a hundred years, with current tracking information to gain insight on how their patterns are changing.

The way animals' move sometimes signals that their safety may be in danger. When giraffes in Kruger National Park in South Africa start to act in an unusual but known way, park rangers could receive an alert that a poacher may be active in the area -- and they can send extra hands to prevent illegal hunting. As scientists add more animals, including insects, to their tracking efforts in the next decade, they hope to gain a clearer picture of what's happening around the globe. The project will help develop biologically driven alerts around environmental disasters, disease transmissions and more, said Jetz.

Just a few decades ago, people had little ability to predict natural phenomena, said Wikelski. Now, people can prepare -- and that ability will only increase with more animal data. "We think animals will offer something -- not the weather forecast, but a lifecast of what is happening," he said, adding that people will pay attention when they know something big is coming. "The problem was always how to read animals' signals. In the digital era this isn't a problem anymore: All you have to do is listen."