Grape Balls of Fire: Making Sparks in the Kitchen

Physicists figured out why grapes and water-filled beads make sparks in the microwave.
Image 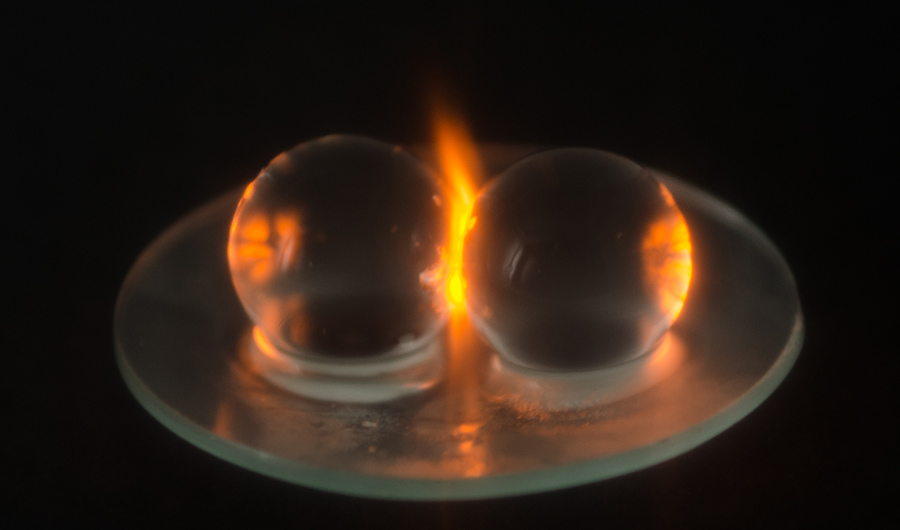 Researchers studied the way plasma forms between this pair of hydrogel beads while they are irradiated in a household microwave oven. The same phenomenon happens with grapes.

(Inside Science) -- Putting two grape halves inside a kitchen appliance may not sound like a good setup for a parlor trick. But irradiating the pieces of fruit inside a microwave oven can generates sparks -- and even YouTube videos. Now scientists have discovered the secret behind how this effect generates plasma, the state of matter found in lightning and stars.

Physicist Hamza Khattak at Trent University in Canada and his colleagues thermally imaged grapes and other items as they were microwaved and compared this data with computer simulations of electromagnetic fields. Typical explorations of this sparking have used grape halves connected by a bit of skin, but the scientists found that pairs of whole grapes or even beads made up mostly of water could similarly give off sparks, as long as the partners in these duos were touching.

The researchers suggest the size, composition and shape of these grapes and beads help them concentrate the energy from the microwaves at the point where the pair makes contact. This generates a millimeters-large hot spot intense enough to spark and generate plasma.

Further research on this effect could help yield insights on how to better control light in applications such as imaging technologies, Khattak said. However, those looking to explore this sparking at home should "be careful and note that this can damage the microwave," he added.

The scientists detailed their findings online Feb. 18 in the journal Proceedings of the National Academy of Sciences.