A new model explains why circadian clocks can be robust yet flexible enough to respond to environmental changes. 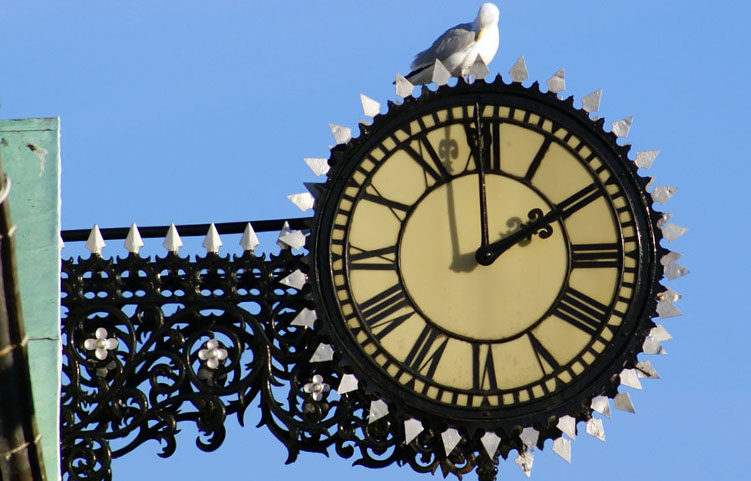 (Inside Science) — Most people are primed to sleep at night and be active during the day, a cycle called the circadian rhythm. All our cells have a circadian clock that keeps this rhythm, and it sets our sleep and metabolism, making accurate timekeeping essential. But our clocks are naturally a little longer than the Earth's 24-hour day, so we need light to reset them every morning. That means our clocks have to be resilient, yet adjustable to changes, two seemingly conflicting goals.

A new physical model by Tetsuhiro Hatakeyama, an assistant professor of nonlinear science at the University of Tokyo, Japan, explains how this can work. The same mechanisms that make a clock robust can also make it more adjustable, or what biologists call more easily entrained.

"If your clock changed time between winter and summer, it wouldn't be a very good clock. Clocks need to be robust to environmental stimuli," said John Hogenesch, a professor of pharmacology at the University of Pennsylvania in Philadelphia who studies circadian rhythms and who was not involved in the new work. "But if you can't entrain, you're also not very useful, because you keep being wrong every day."

Hatakeyama and co-author Kunihiko Kaneko had previously studied the mechanisms behind a circadian clock's period, and wondered how the clocks, which keep time so reliably, are still able to be affected by external input. To find out, they analyzed two types of cellular clock systems. One system is found in cyanobacteria, and the other, more complex system is found in the majority of higher animals, from fruit flies to humans.

In both clock types, cyclical changes like temperature and light differences — which can indicate the time of day and changing seasons — affect the molecular mechanisms that regulate the clocks. Hatakeyama and Kaneko studied temperature's effect on the rate of key biochemical changes. First they measured how the clock's period, or the length of its day, varied with temperature. They defined robustness as the inverse of this number. Then they exposed the clocks to cyclic temperature changes, and figured out how long it took for them to re-synchronize with those temperatures. This was defined as entrainability. They wrote nonlinear equations to describe all this, and found the most robust clocks were also the most flexible — that is, the fastest-entraining. They derived a universal law for all circadian clocks that links this robustness and flexibility.

Animals and humans all have internal clocks that balance these two characteristics. Describing them with equations may help explain why some people can recover more easily from phase shifting while traveling, otherwise known as jet lag, Hatakeyama said. Phase shifting means bedtime and wake time shifts earlier or later, changing the circadian rhythm.

"There is a quantitative relationship between changes in period and changes in phase in different conditions," Hatakeyama wrote in an email. "We can say that if the period of one's clock is more robust, its phase is more plastic, so that it can be easily recovered from jet lag caused by traveling."

The physical model is published in Physical Review Letters.

Biologists are interested in the relationship between a clock's robustness and its ability to shift phase, said Carrie Partch, a biophysicist at the University of California, Santa Cruz. Robustness refers to a clock's ability to maintain its amplitude, in which activity rises and falls at predictable times.

"We care about the amplitude of the clock because it is important for conferring timekeeping cues," says Partch, who was not involved in the new work. "It's really exciting to see that their work is pushing at coming up with quantitative explanations for the relationship between amplitude and phase shifting."

Timekeeping cues set all the rhythms of biology, including the sleep and wake cycle in humans and reproductive cycles in other mammals. Scientists know that humans' clocks lose amplitude as they get older, which partly explains why elderly people tend to rise so early in the mornings and nap in the afternoons. A precise understanding of the relationship between amplitude and flexibility could help people with sleep disorders or even combat jet lag. Hatakeyama said he hasn't experienced severe jet lag, but his co-author has.

"Probably, as he is getting older, the period of his circadian clock is getting less robust," he wrote.

Some totally blind people have a condition called non-24 disorder, in which their body clocks run out of sync with the 24-hour day-night cycle. A universal law for clock robustness and flexibility could improve drug regimens for helping people stay in tune, Hogenesch said.

"Both properties are actually interesting and valuable, if you can manipulate them by understanding them better," he said.

In the lab, a physics model for biological clocks can help biologists understand how to tweak them, according to Partch, who studies the molecular underpinnings of circadian rhythms. This summer, she and colleagues described how tiny mutations can affect activation of clock genes and change a circadian clock's period between 19 and 26 hours. Other teams have recently demonstrated other molecules that make the body's central clock more adaptable, she adds.

"People have been doing experimental studies to find ways to tweak the clock that really start to unify with these mathematical treatments," she said. "This paper excites me from a perspective of what we do. It really got me thinking, and that's a good thing."

Protests, A Retracted Paper, and a Super-Earth Planet
Why Is an Empty Shampoo Bottle So Easy To Knock Over?
COVID-19 Vaccine, Monkeys and Bumblebees
Smart Speakers Could Detect Cardiac Arrest
Light And Art Come Together
END_OF_DOCUMENT_TOKEN_TO_BE_REPLACED