A new study in Vietnam offers hope for a massive freshwater species.
Image 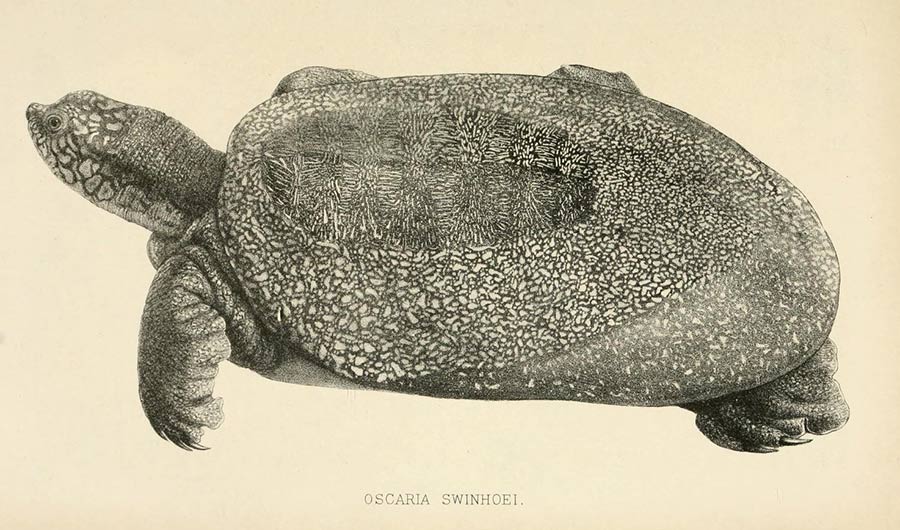 (Inside Science) -- After nearly hunting a rare turtle to extinction, hunters are now working with scientists, pooling their collective knowledge to preserve the species.

The Swinhoe's softshell turtle (also known as the Yangtze giant softshell turtle) is the world’s rarest, with just one male in captivity and one other animal of unknown sex known to be living in the wild in Vietnam. Once found throughout the Red River and China’s Yangtze River floodplain, this large freshwater species has plummeted toward extinction in recent decades due to habitat loss, poaching and capture for illegal trade.

Following the death of the last known female in April, the future of this critically endangered species is grim. But carefully documented conversations about the turtles with veteran hunters offer new hope.

“The level of scientific knowledge is far from sufficient in Vietnam and probably explains why this species looks so rare,” said Luca Luiselli, a tropical ecologist with the Institute for Development Ecology Conservation & Cooperation, a nonprofit based in Rome, Italy. Luiselli co-authored the study detailing the hunters’ conclusions, published online last month in the journal Aquatic Conservation.

The research team interviewed 10 experienced hunters living in north-central Vietnam. In private interviews, the men described their recollections of the species and its decline. Nine noted that they believe the turtles remain living in the wild.

This kind of information, which researchers refer to as “local ecological knowledge,” provides needed information in “areas unknown to science, but very well known to local people,” said John Fa, a conservation ecologist from Manchester Metropolitan University in the U.K. who did not participate in this study.

Based on the hunters’ responses, researchers learned that Swinhoe numbers began falling rapidly during the 1980s, an economically tumultuous time in Vietnam. Ongoing pressure caused a secondary drop in the early 1990s, after which there were few sightings.

Hunters estimated that they could recall size estimates for about one-third of the animals they caught over four decades. Males were larger than females, but the average weight across all individuals was still a hefty 120 pounds, supporting their status as one of the world’s largest freshwater turtles.

Most of the men said the turtles have an omnivorous diet -- a departure from the “almost entirely carnivorous” diets of closely related species, Luiselli said. Multiple men claimed to have seen the animals grazing on floating plants.

And importantly, all but one man believed turtles could still be found in Vietnam. Several alleged photos exist, although none are definitive proof. In 2018, a U.K.-based nonprofit claimed to have identified at least one turtle from the species using environmental DNA collected from Xuan Khanh Lake, but still the evidence is indirect.

A true rediscovery of a turtle species has precedent. Luiselli previously found the Nubian flapshell turtle, which was considered extinct, living in South Sudan by providing questionnaires to local fisherman. Based on their answers, Luiselli was able to capture several individuals “just where they said to look.”

“We’ve seen that even the most endangered species can be quite abundant,” Fa said. “Vietnam is a country we know very little about, but we’ve been finding more surprises.”

For example, the antelopelike saola, also called the “Asian Unicorn,” was photographed in Vietnam in 2013 for the first time since 1999. More recently, camera traps in lowland forests captured the first sighting of the silver-backed chevrotain -- a small, hoofed mammal known as a “mouse-deer” -- in 29 years.

The team will now need to follow up by looking for rare turtles in the wild. Among other ecologists, the reliability of questionnaire-based studies remains contentious.

Whit Gibbons, a herpetologist at the University of Georgia in Athens, said there are multiple ways the results can be misleading. “People can forget, they can lie or they can remember wrong,” he said.

But Luiselli believes such surveys can provide valuable information. When he conducted pilot studies in Nigeria that compared knowledge of snakes among locals to his own monitoring data, for example, he found that the results were consistent.

The group is currently interviewing fishermen so they can set traps in the most promising locations. Ideally, new turtles would help to reestablish the stalled captive breeding program and provide valuable information on an elusive species that is difficult to study.

Gibbons thinks they’ll succeed, but worries that any conservation efforts will be moot without addressing the multiple stressors turtles face: "Someone is going to find them, but it might not make a difference [to their survival] without changes in cultural attitudes and habitat degradation."