Study shows how collective cooperation can develop in systems even when benefits are not obvious to individuals.
Image

(Inside Science) -- Every June in Elkmont, Tennessee, fireflies light up the valley in spectacular fashion, creating one of the most vibrant bioluminescent displays in nature. Swarms of the firefly known as Photonius carolinus synchronize their flashes in a display that observers often compare to stars falling and fireworks exploding.

Today, the synchronous fireflies of Elkmont are a famous tourist attraction. But the phenomenon wasn't closely studied until the 1990s, and even now there are still many unanswered questions about the bugs' behavior. Just as tourists begin to crowd the Elkmont area in hopes of watching the yearly display, a new interdisciplinary paper accepted for publication in the journal Physical Review Letters sheds some light on how such rare collective phenomena emerge in nature.

The "I" in synchronization

"Both cooperation and synchronization in complex networks have been studied for a long time, but only separately. And in complex systems, A plus B is never simply the sum of the two," said Alessio Cardillo, a theoretical physicist who specializes in network science from the Swiss Federal Institute of Technology in Lausanne. He is one of the two authors of the paper. 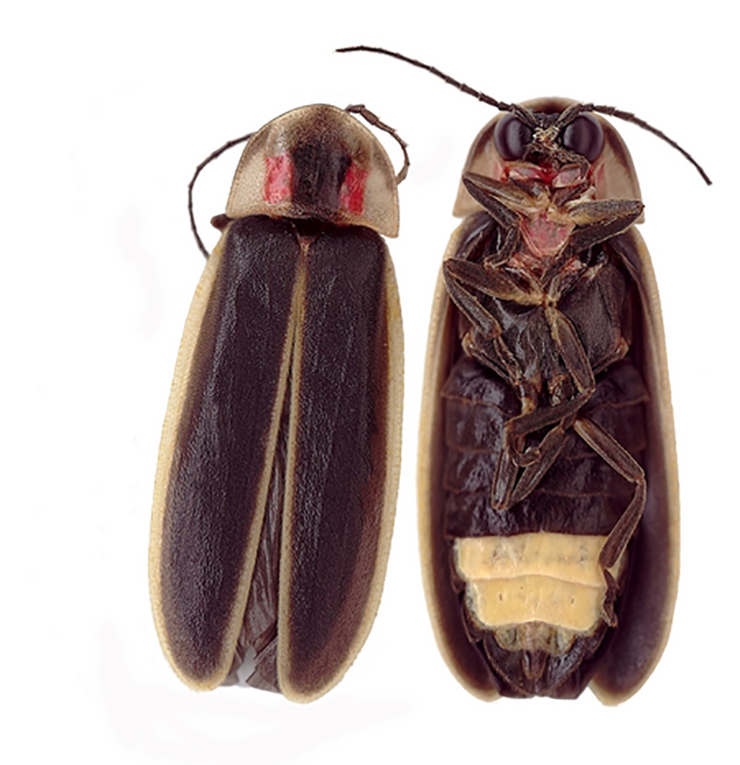 In order to study the two processes together, Cardillo and Alberto Antonioni, a mathematician from Charles III University of Madrid in Spain and the study's other author, ran computer simulations to test out thousands of different scenarios. In their models, both the level of cooperation and the flashing rhythm are traits that can be spread from firefly to firefly.

They found that more cooperation or synchronizing effort by individual fireflies doesn't always produce better synchronization for the overall system. Instead, there are certain sweet spots where maximal synchronization can occur. They also discovered that the sweet spot appears and disappears depending on how the fireflies are connected to each other, such as if all individual fireflies have a similar number of neighbors, or if some fireflies have more neighbors and some have fewer. This seems to agree with what we already knew about synchronous fireflies -- it is a phenomenon that is as rare as it is beautiful.

"We think it's less than 1 percent of the roughly 2,000 species out there that do synchronize," said Lynn Frierson Faust, an independent researcher based in Knoxville, Tennessee, and the author of Fireflies, Glow-worms, and Lightning Bugs. She has been studying fireflies from all over the world for more than 20 years.

The tragedy of the commons

When the group as a whole is synchronized, everyone benefits. The flashing acts as a mating call, showing females where to find a group of males of their own species. And according to Faust, it may also confuse predators, similar to how fish schools and starling flocks use collective behavior as a defense strategy.

"Once they're all flashing together, it's visually confusing even to a human," said Faust. "It's very hard to follow one individual."

But the study raises an evolutionary conundrum. In Cardillo and Antonioni's model, it takes extra effort for a firefly to change its rhythm. So, fireflies can save energy by "defecting" -- refusing to synchronize and just waiting for others to copy them.

"In our model, it is very advantageous for an individual to become defector. Because if a defector is surrounded by cooperators, the cooperators will synchronize to the rhythm of the defector," said Cardillo.

So how can these collective animal behaviors evolve from a group of individuals? This dilemma is best described by a concept known as "the tragedy of the commons," an economic theory that states that if there is no incentive for individuals to cooperate, they will all behave selfishly. If the individuals behave selfishly, they benefit for a while. But later, for example, the selfish behavior results in a resource that is completely gobbled up. Then everyone suffers. In order to overcome the inevitable tragedy, there must be some reason why cooperation is worthwhile for the individual, and not just the group as a whole.

For the synchronous fireflies, Faust suggested that as long as a firefly is out of sync with the group -- when he has set his own rhythm, and others have not copied him -- he may miss out on the benefits of synchronization. Predators may zero in on the rebel male, and females may perceive him as a different species and never choose him as a mate.

The synchronous light show reaches its peak between late May and mid-June each year. Due to the rise in popularity amongst tourists and the fireflies' vulnerability to light pollution, Great Smoky Mountains National Park has since implemented a lottery system for access to the area during peak season. Faust said that researchers from the Smithsonian recently came up empty in their attempt to observe the phenomenon.

"They were all sitting in their office … literally with their fingers on the computer for 8 a.m. when the tickets went on sale, and none of them got a ticket," said Faust. "They sell out that fast."

When it comes to snapping up tickets to see Photonius carolinus, it seems that humans are quite synchronous as well.