Infecting Females with STDs Could Give Male Animals an Advantage

Some male animals may evolve weak immune responses so they can give their mates diseases.
Image 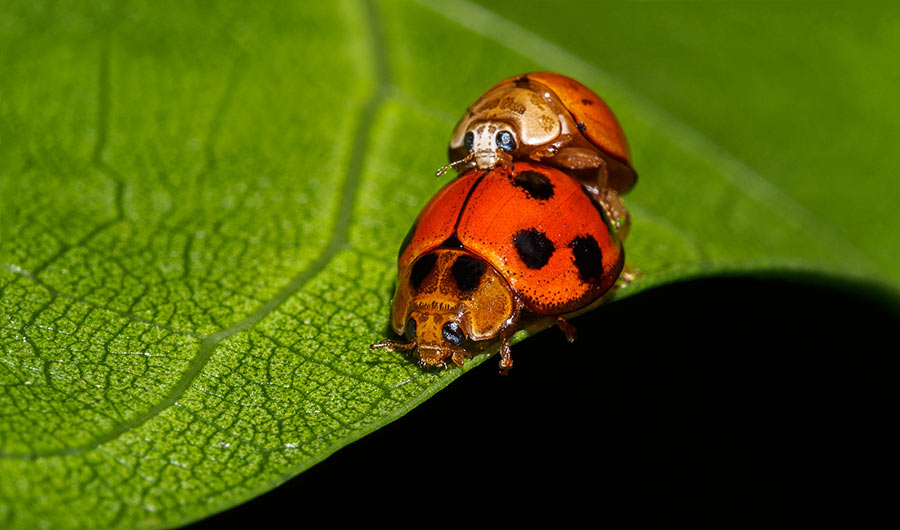 (Inside Science) -- In the battle of the sexes, sexually transmitted diseases may sometimes be a weapon that males use to win. That’s the conclusion of a new study that used mathematics to model an age-old evolutionary struggle: the quest to fill the next generation with as many of your offspring as possible.

The findings probably don't apply to humans, and the outcome would vary depending on the animals and diseases involved, said the researchers. But by infecting a female with an STD, a male animal may be able to prompt his mate to invest more energy and resources in his own babies, rather than in future babies with other males.

The study was conducted by researchers at Australian National University in Canberra, including evolutionary biologist Megan Head and then-graduate students Sophie Johns and Jonathan Henshaw.

"There's a kind of tendency to think that [STDs] are just bad things that individuals should always want to avoid," said Henshaw. But, he said, from the perspective of a male animal, "there can be situations where [STDs] have beneficial effects."

Motherhood is taxing. It takes a wealth of resources to build a clutch of eggs or a litter of cubs, and many mothers provide even more care after their young are born. But unless a female is from a species that breeds only once, she probably doesn't want to throw everything she has into a single brood. Instead, she must ration her resources, keeping herself healthy enough to breed again.

Human males are unusual in that they largely share their partners' priorities. Like some birds and other creatures that form long-term pair bonds, a human male often has multiple rounds of babies with the same female, so he has some evolutionary interest in keeping her alive and healthy.

That's not the case in most of the animal kingdom. The typical male animal has no reason to care about a female's future babies, because he probably won't be the biological father. It's better for him if she lavishes resources on the eggs he just tried to fertilize.

That's exactly what many females do when something ruins their long-term breeding prospects -- for example, when they catch a sexually transmitted disease that could eventually make them sterile. Some earwigs lay more eggs immediately after catching a sexually transmitted fungal disease, and house wrens lay eggs with larger yolks and feed their chicks more often when their bodies are tricked into thinking they're sick. Similar strategies have been found in everything from hamsters to frogs.

"They're kind of pushing in all of their chips [due to] a perception that they might be unlikely to survive and reproduce again," said Keith Bowers, a behavioral ecologist at the University of Memphis in Tennessee, who was not involved in the study.

Head reasoned that the advantage males get from infecting females might partially offset the costs they suffer from being sick themselves. Thus, males might invest less energy in fighting off the infection, leading to a weaker immune response.

The research team tested these ideas with a mathematical model that calculated the ideal strategy for males and females in different scenarios. The model simulated a simplified population of animals that could reproduce and spread an STD. The STD was only transmitted through sex, and when a male gave it to a female, she could adjust how much energy she put into her immune response or into the male's offspring.

Males in the model had to decide how much to invest in their own immune responses. Of course, most STDs harm males as well as females, so males should probably make some effort to fight off infection. But according to the model, the amount of effort depended on how females behaved.

If a female in the model stood a good chance of clearing an infection, she would divert resources away from reproduction to fuel her immune response. That's the opposite of what males want, so in that case, males worked extra hard to fight off their own infections. On the other hand, if an infected female stood little chance of getting rid of the disease, her best bet was to focus on immediate reproduction.

The more males could gain from infecting females, the less they spent on their own immune response. This could be a big deal: Under some conditions, if infection caused females in the model to give 36 percent more to their next batch of offspring, males reduced their immune response by 65 percent. The findings are published in the April issue of the journal Evolutionary Ecology.

"I thought it was just absolutely fascinating," said Bowers. "The authors find evidence, at least theoretical evidence, that males might evolve a lower resistance to disease specifically to infect a female and benefit from her increased reproductive effort."

Real creatures are even weirder

Theoretical models can only show what might happen, not what actually happens, noted Bowers. Nevertheless, there is reason to think that the trade-offs the researchers modeled could also play out in in the real world -- in both directions. There are plenty of known cases where females spend fewer resources on their offspring after getting sick, and there are also plenty of cases where they do the opposite, throwing their energy into motherhood.

For instance, female dung beetles provision each egg with a ball of poop, and they roll fewer poo balls after being exposed to a substance that simulates bacterial infection. But crickets respond to mock infection by laying all their eggs at once, said Rob Knell, an evolutionary ecologist at Queen Mary University of London in the U.K., who was not involved in the study but who proposed a similar idea in an earlier paper.

"If the assumptions behind the model are true, which they probably are in some cases, then we should expect to find situations where it's in the male's reproductive interest to infect a female with an STD," said Knell. "I would be surprised if it were common, but I'd also be surprised if it never happened."

One possible example is a type of wasp found in the northeastern U.S. that carries parasitic mites. Female wasp larvae kill all the mites they find in their nests, so they are parasite-free when they emerge as adults. But male wasp larvae allow the mites to crawl into specialized crannies on their bodies. When adult wasps mate, mites swarm off the males and onto the females. Researchers suspect that the mites help male wasps by reducing the number of additional partners female wasps mate with, said Knell.

The new model could also help explain cases where males and females react differently to the same disease.

"It's very common for females to have stronger immune systems and to be better at warding off infections than males are. And so processes like these might help to explain why that sex difference exists," said Henshaw.

Some people may be skeptical that males of any species would evolve to harm their own mates. But real animals do that all the time. Fruit fly semen contains toxins that shorten a female's lifespan, and bedbugs impregnate their partners by stabbing them through their bodies. These and other such violent strategies all benefit males by giving them more surviving offspring.

"They sound kind of horrific, but then when you think about it from an evolutionary perspective, you can kind of see how that might have been selected for," said Henshaw.